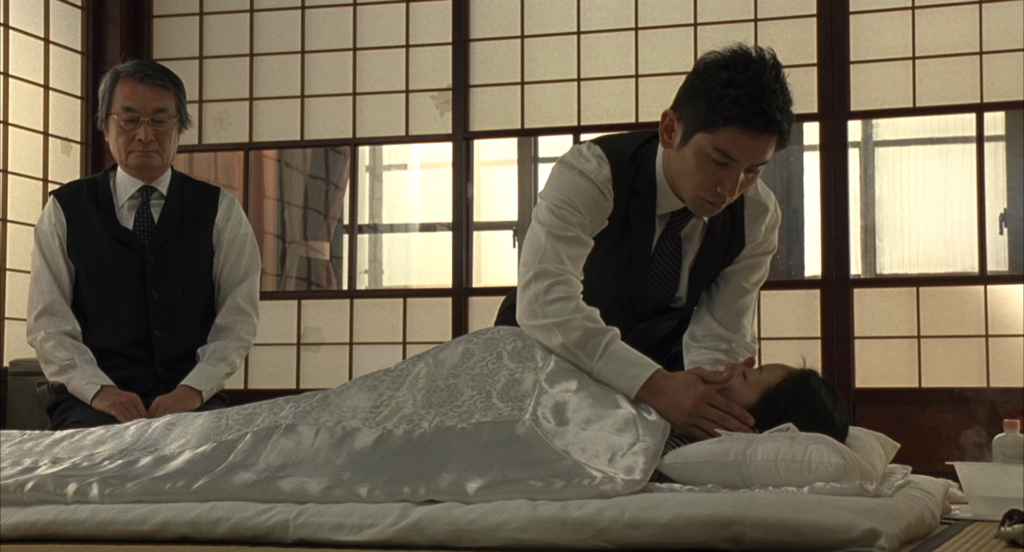 For the film industry, the beginning of the new year often comes with it a celebration of the last. The Golden Globes and Oscars dominate American film coverage for the opening a few months while many individual film bodies host their own awards, including in Japan with the Japanese Academy’s Japan Academy Film Prize. With awards season now well underway and with just 11 days until the beginning of the 92nd Academy Awards on Sunday, February 2nd, I intend to dedicate these next two columns on the subjects of awards and recognition for Japanese films at home and abroad.

Although my next column will discuss the foundation and history of the Japanese Academy Film Prize and various other Japanese film awards and festivals, this week I intend to discuss the Oscars and the issue with using Western awards shows as a barometer for judging the quality of films produced outside of the United States. In turn, I want to bring attention to the film festivals which do a better job of recognizing the industry’s quality than such anglo-centric awards shows are capable of doing. For this week’s Future Film Focus, I cast an eye towards an upcoming film set to make a splash at film festivals and potentially awards this year, and for the Film Flashback, I discuss the most recent film to receive recognition from the Academy via its 2018 nomination for the Best International Film Award at the Oscars.

With that, let’s get started.

‘The Oscars Are Not an International Film Festival. They’re Very Local.’

Speaking to Vulture, South Korean director Bong Joon-Ho responded thusly when asked by the publication whether their Palme d’Or-winning feature film Parasite had the chance of grabbing the coveted top prize of Best Picture at the upcoming Oscars, echoing sentiments many people around the world, especially those interested in cinema produced outside of Hollywood, feel about the industry’s largest awards show.

If you’re wanting to see recognition for Japanese films, or indeed any film not made in the English language, awards shows like the Oscars and Golden Globes are not the place to look. These are anglo-centric awards shows which rarely place the works of foreign directors at the forefront aside from exceptional circumstances. Ignoring the awards given out most last year and this year, where Alfonzo Cuaron’s Roma and Bong Joon-Ho’s Parasite have been recognized in many categories outside of the International Feature category, most foreign films receive few or no nominations regardless of their reputation and recognition in their home country. 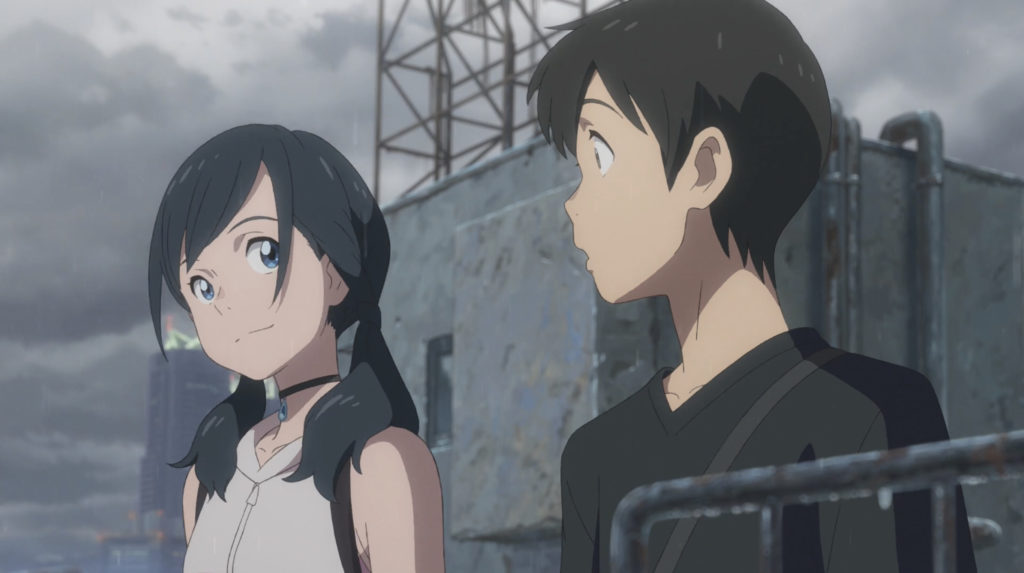 Even the International Feature Film category is inherently flawed. Winners of the award are overwhelmingly from European nations (57 out of 68 winners come from the continent) which doesn’t allow the Academy to effectively push back against claims it’s an awards show for Western cinema which leaves a vast array of African and Asian cinema under-represented. Not only that each country is also only able to nominate a single film. With Japanese cinematic output ranging from adaptations of TV drama, manga and anime, period dramas, experimental Indies and more, can you say the industry was truly represented by this year’s failed representative, Makoto Shinkai’s anime box office smash, Weathering With You?

It’s difficult to even argue the awards are strong at recognizing the best works the industry has produced over the years. Sure, multiple Akira Kurosawa films (alongside a win for the Soviet Union and an honorary award for Rashomon) and Noboru Nakamura have multiple nominations, yet beloved classics like the works of Yasujirio Ozu, Tanpopo (a film not even put forward in the year of its release), Confessions and more are snubbed. Only one Japanese film has ever won the award, that being Yojiro Takita’s Departures in 2008, a film that, in my view, is a decent yet flawed tale perhaps undeserving of such recognition. 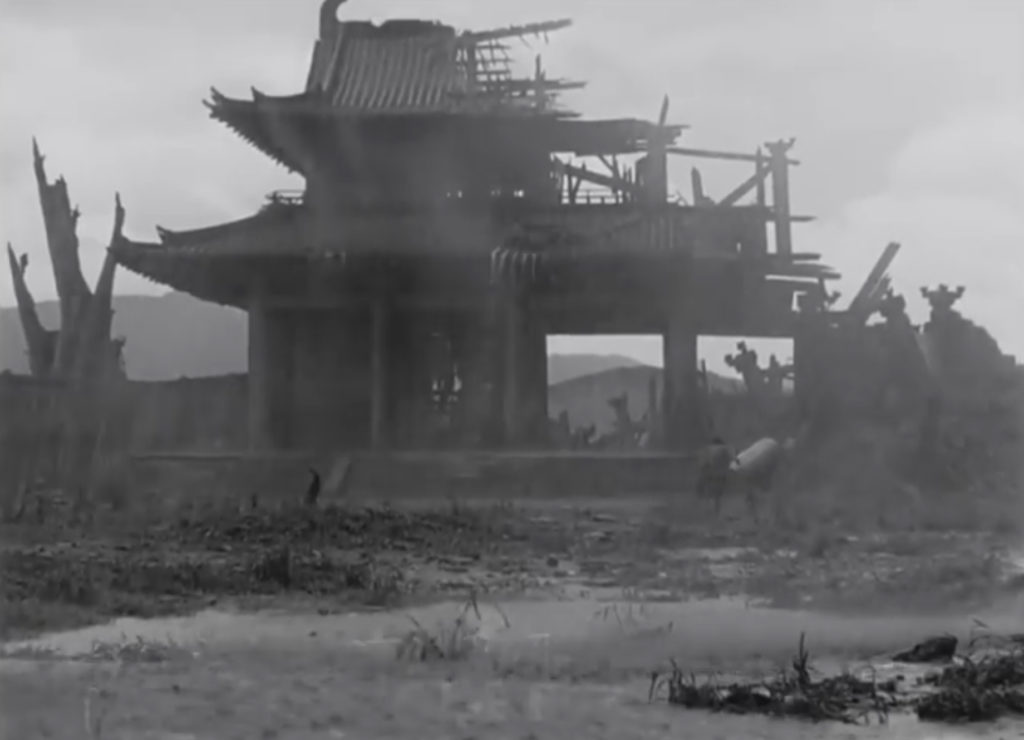 So where should you look if you want to have an indication of the best films coming out of Japan both large and small? Well, other than looking through the films recognized by Japanese film festivals and awards ceremonies (which I’ll discuss next time), a strong indicator can be to cast an eye towards the films which breakthrough on the international film festival circuit.

Aside from well-known figures like Kore-eda Hirokazu and Sion Sono, new creators and alternative films will also at times breakthrough and make a splash at such events, helping to chronicle both exceptional works and industry trends through a specialized highlight reel of sorts. Recent examples of this I’ve mentioned here before, such as 37 Seconds as a representative for works about oft-ignored minorities and the work of Makoto Nagahisa, director of the short film And So We Put Goldfish in the Pool and a personal highlight of 2019 for me, We Are Little Zombies. Their work, in particular, is representative of a younger generation of directors experimenting with the medium of film attempting to capture the feelings of being left behind felt by a generation born at a time the Japanese bubble economy finally burst in the late 90s, alongside other issues more uniquely relevant to modern Japanese youth.

As for the events themselves, the Busan International Film Festival is one such international event which often hosts a variety of Japanese films alongside Korean cinema and films from around the world, including 11 Japanese films at the event’s 2019 iteration. Japanese productions can occasionally be found at festivals such as Sundance (where We Are Little Zombies won an award in 2019), while Cannes will often feature at least some Japanese films either in or out of competition and has occasionally recognized films from the country by awarding the Jury Prize or even the coveted Palme d’Or, as seen in 2018 with a film I’ll discuss later. Saying that, no Japanese film was shown in competition at Cannes in 2019, with just two films, Takashi Miike’s First Love and Katsuya Tomita’s Tenzo, being showcased outside of it.

With the Oscars lacking the open mindset necessary to recognize Japanese and other foreign films, looking towards the film festival circuit both inside and outside of Japan is a more accurate representation for the industry than such awards currently are and likely ever will be able to showcase. Awards like the Oscars will likely never be able to represent Japanese films effectively due to their structure, and should not be viewed as a judgment of the industry’s output.

Next time, I’ll discuss whether Japanese awards ceremonies are more successful at covering domestic cinema than the Oscars, as well as take a look at the role of the various film festivals, both large and small, within Japan itself. 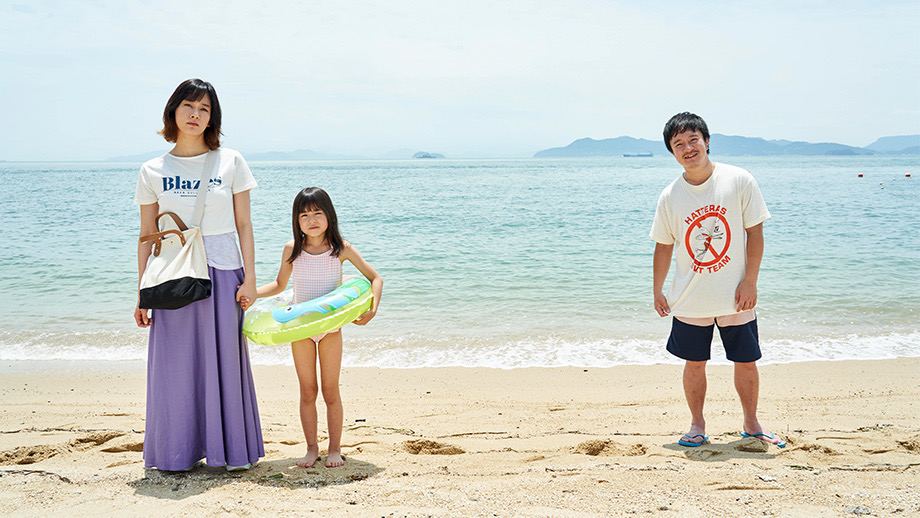 A director with a reputation for exploring inherently dislikable characters, Shin Adachi made a name for himself through the production of 100 Yen Love, a movie unsuccessfully put forward as the Japanese representative for the International Film Oscar in 2014 about a woman who becomes a boxer for the sake of an arguably undeserving guy they were in love with. They served as the screenwriter for the film and it pushed them towards the director’s chair in 2016 with their directorial debut, 14 That Night.

Following his career up until this point may make the idea of the director adapting their own autobiographical novel an odd choice. If you write a character based on yourself, you’d naturally expect to make them more likable and sympathetic, but that’s not necessarily the case here. ‘It’s based on my actual experiences,’ he explained to the Japan Times, ‘but the film makes it all look better.’

Perhaps being vague is best, considering the character commits acts not limited to upskirting and flirting with an old friend while married. Following a scriptwriter named Gota and his wife Chika Yanagida trapped in a loveless marriage where both blame each other for their misfortunes. Taking out their resentment on the other and the world around them, a trip for the pair to Kagawa in order to write a script assigned to him only brings out the worst in them both. 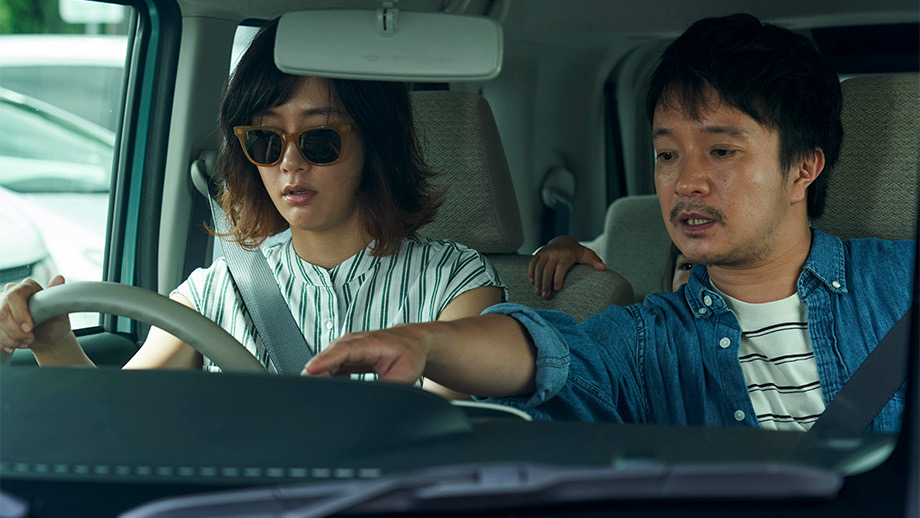 Having received a world premiere at the Tokyo International Film Festival in October to strong reviews where it also won the event’s scriptwriting prize, the chance of the film featuring at international festivals following this is high. While part of the film’s praise comes from this strong script which makes these inherently dislikable characters relatable and interesting, the rest comes from the ways in which the actors behind the movie embody the roles, particularly Gaku Hamada in the role of Gota.

Considering the director’s previous work and the praise being lifted at this new work, it’s definitely one I’m going to be keeping an eye on as it eyes a release sometime in 2020.

With that, let’s return to the Oscars for the Film Flashback of this week. This time, I want to cast your mind back just 2 years to 2018 in order to discuss Kore-eda Hirokazu’s Oscar-nominated film, Shoplifters. I originally planned to discuss the sole Japanese Oscars victory in Departures only to be left disappointed and frustrated in a movie I once adored upon revisiting it, preferring to cover this much stronger film in its place.

Shoplifters is perhaps my favorite work from the well-known director as he directs an emotional piece about family perfecting themes present throughout the director’s filmography. The result is a piece worthy not only of its victory at the Cannes Film Festival but, in a perhaps controversial opinion, worthy of a victory over foreign film Oscar darling Roma in the year within which it was nominated for the Best International Feature award at the event.

Shoplifters is about a family trapped on the edge of society without stable and secure employment to keep them going, a reliance on shoplifting a necessity to survive yet one which is happy together all the same. After one session they find an abandoned young girl who they bring in off the street and into their home. This brings with it its own problems, some of which directly challenge the bonds which define their misfit family. 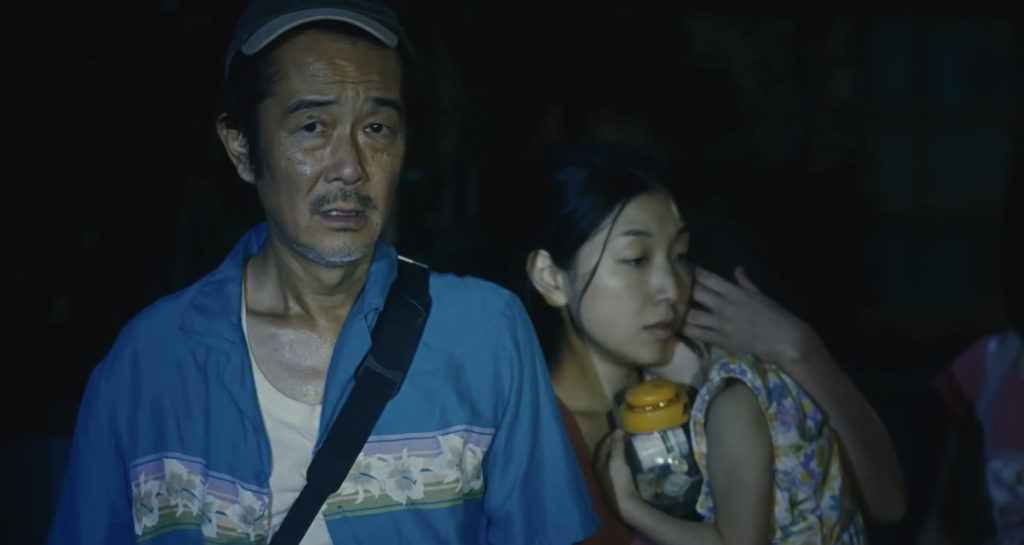 Without divulging too much about a film best experienced first-hand, the film thrives on its discussion on the bonds not necessarily of blood which determines what it means to be family. The adoption of this abandoned girl and the bond formed is just one example of this. While the story and lingering pace which define Kore-eda Hirokazu are alive and well here, what elevates this movie is its phenomenal acting, particularly from the film’s child stars who’s careers on the back of this performance look bright.

For a director whose reputation precedes him, perhaps the strongest compliment for the film I can give is that this is his strongest work to date.

Shoplifters is available on DVD in the US from Magnolia Pictures and in the UK from Thunderbird Releasing. The film is also available for digital purchase in both regions.