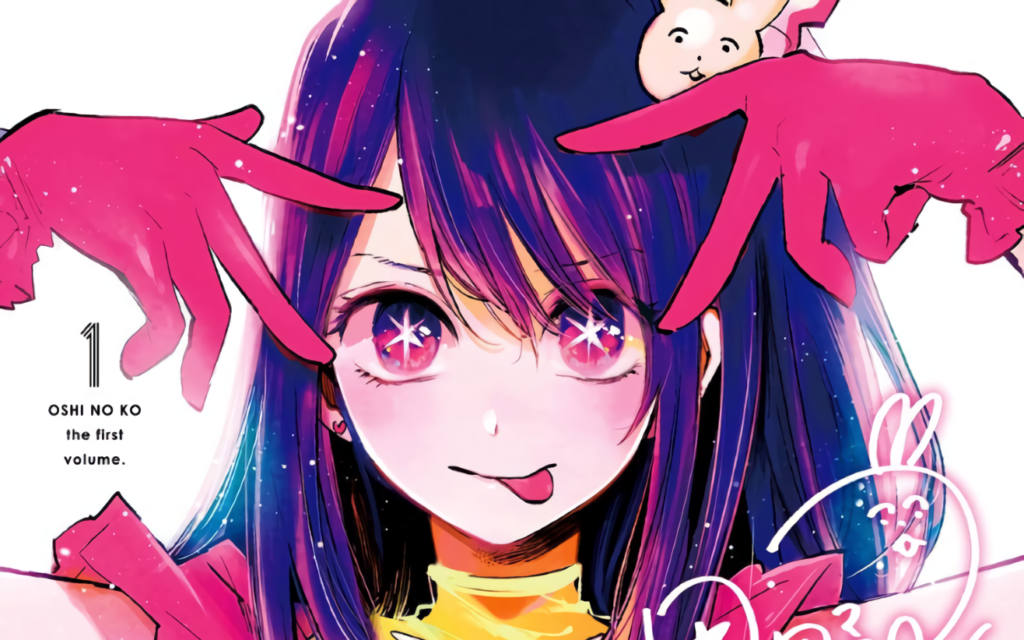 Kaguya-sama: Love is War and Scum’s Wish creators Aka Akasaka and Mengo Yokoyari teaming up for a new manga certainly isn’t something anyone would’ve been able to predict before the end of April this year, but Oshi no Ko exists. Volume 1 is also out now in Japan, which gives us the opportunity to examine this high-profile collaboration.

Yet, whether due to a lack of editorial oversight or simply unchecked ambitions, Oshi no Ko suffers from a severe lack of focus and direction. It certainly makes for an interesting read, but not one that will leave you entirely satisfied. In fact, you will probably put down volume 1 with a fair bit of frustration, both due to the roundabout nature of the story as well as the weakness of its premise. While Akasaka and Yokoyari may be high-profile creators, prior success does not a successful manga make.

In order to explain the flaws of Oshi no Ko, it is first necessary to explain the basic premise of the story as set out in volume 1. Chapter 1 opens on our protagonist, Goro, a country doctor who is serious about his job but enjoys an unusual hobby: obsessing over his favorite idol, Ai Hoshino, center figure for the ‘B Komachi’ group.

As it turns out, he gained this hobby through an experience with one of his patients, a girl named Sarina, who is suffering with some sort of terminal illness. Through her pain and suffering, the one thing that lifted her spirits was watching performances led by Ai and her idol group, which adds an air of tragedy to the story. Following her passing, Goro honors her memory by continuing her hobby, although he seems to be genuinely into the group himself. 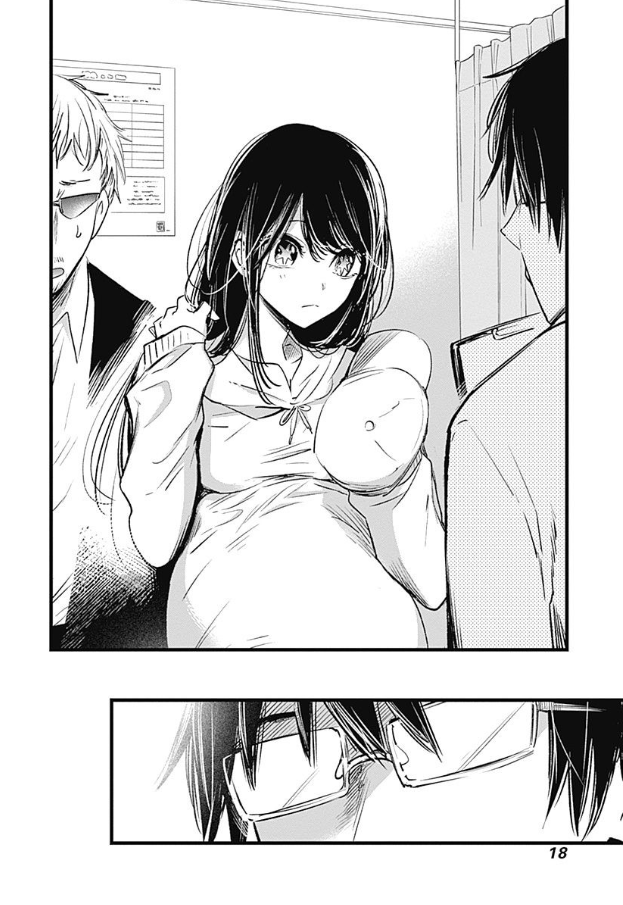 Then, one day, Goro’s life is turned upside down when Ai, dressed in plain clothes and accompanied by her manager, turns up at his countryside hospital. She’s pregnant, bearing twins and refusing to tell anyone who the father is. Goro is faced with a tough choice: does he let her give birth to the twins and possibly damage the young idol’s career, or does he discourage her out of naked self-interest? Eventually, he chooses the former, guiding Ai through the pregnancy process while also attempting to fulfill her dream of both raising kids and continuing her idol career.

Tragedy strikes on the day of her delivery, however, as a mysterious hooded man attacks Goro, stabbing him and leaving him for dead. 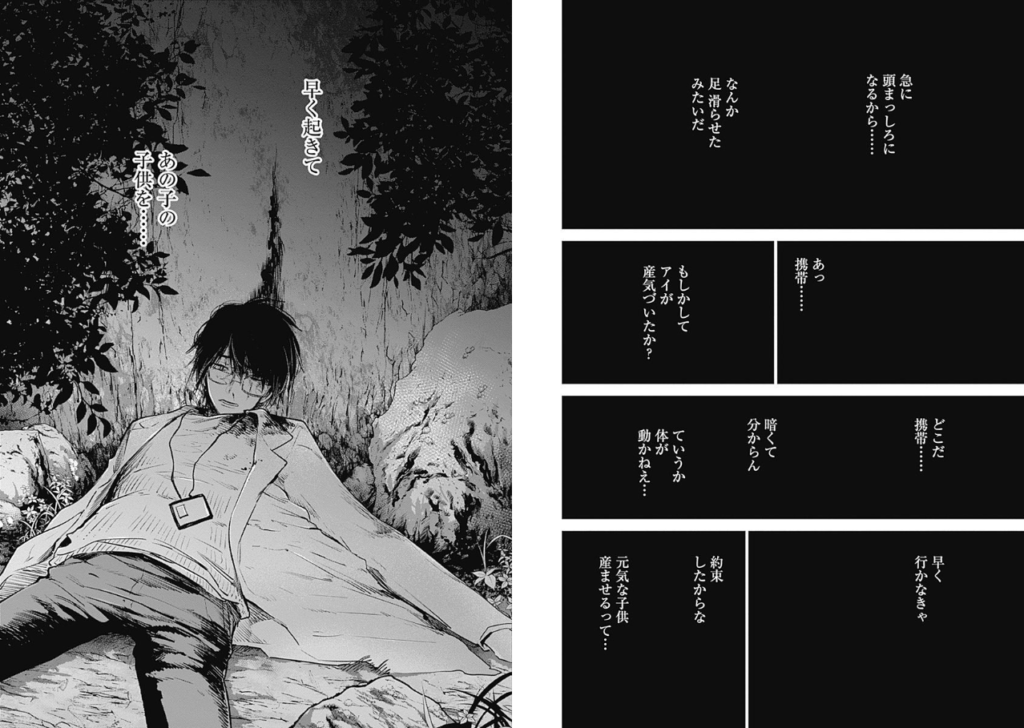 Some time later, Goro awakes in the arms of Ai, reincarnated as her child alongside a baby sister. How this happened isn’t exactly explained in Oshi no Ko volume 1, but it is pretty heavily foreshadowed throughout the course of chapter 1. From here on out, the real story of Oshi no Ko begins: Goro, now reincarnated in the body of a baby known as Aqua, attempts to solve the mystery of why he was killed, and who his father really is.

At least, that is what I would like to say. In reality, Oshi no Ko doesn’t make it clear exactly what it is and where it is going until at least the end of volume 1. At first, it seems as if it will focus on Ai’s struggles in balancing childcare with her career, but that conflict is resolved pretty early on thanks to the introduction of a babysitter. Then, the series pivots hard towards exploring the world of show business, accompanying Ai and her kids to a TV shoot while Aqua attracts the attention of a famous director. It is only at the end of Oshi no Ko volume 1, however, that it becomes clear that the real focus of the plot is solving the mystery of Goro’s killer, who may or may not have something to do with Aqua and his sister’s father.

Lack of Focus and Plot Holes

This lack of focus seems to suggest to me that neither Akasaka nor Yokoyari fully thought out the idea for Oshi no Ko before submitting it for publication. This also becomes clear when examining the holes pervading the series’ premise.

Very quickly, it becomes clear that Aqua’s actions will not be impeded by his status as a baby, as he retains all of the memories and knowledge from his past life. Yet, the dissonance between his age and the way that the adults act around him is simply too much for me to handle. Would an adult not struggle to believe that a two-year-old speaks like an adult? Would they not tell someone else, giving the gig up? And would they really give them an acting job?

It is also never made clear if the adults can overhear the conversations that Aqua and his sister, Ruby, have. In this sense, Oshi no Ko’s problems lie primarily in the realm of plot and narrative. In other aspects, it is more definitely attractive. 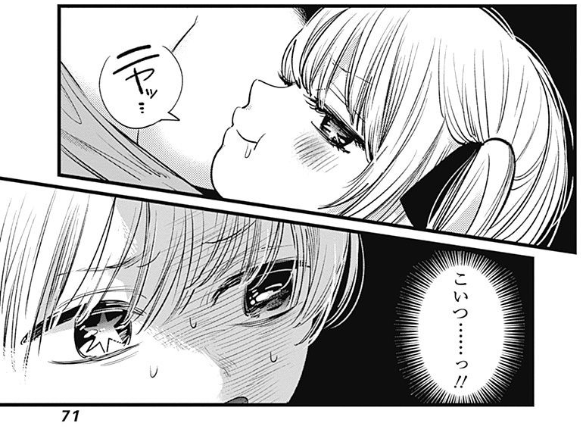 First, the series’ characters are quite charismatic, aside from the obvious problems arising from their being and role in the story. Aqua and Ruby have good chemistry and play well off of each other: Ruby’s shamelessness in indulging her memories from her past life (she is also a reincarnated fan) is particularly hilarious, coming up multiple times particularly in relation to the issue of breastfeeding.

Ai is also a very well developed character, exploring the role of an idol and the dichotomy between ‘truth’ and ‘performance.’ In fact, it is during volume 1’s later chapters that Oshi no Ko really becomes something special, delving as it does into Ai’s difficult past and why she decided to raise Aqua and Ruby even if it might ruin her career in the first place.

There are some other characters that are entertaining, but the point is this: Oshi no Ko’s story is by far the weakest part. In fact, it almost reads like a wild idea for a one-shot that didn’t get much feedback from its editors as to how to develop it into a proper series.

So many developments and reveals in Oshi no Ko volume 1 had me asking ‘And? So what?’ in my search for the proper structure and overall narrative, and even if several moments had me spellbound – mostly thanks to the series’ art, which really comes into its own in double-page spreads – they didn’t prove effective enough to shake me out of my frustration-induced stupor. 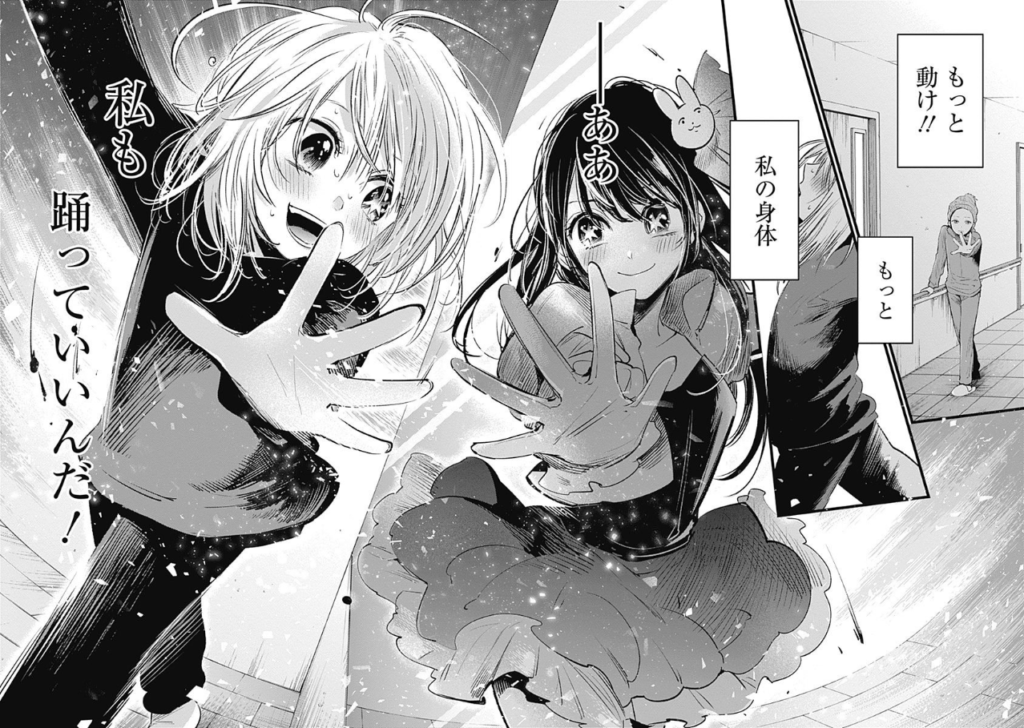 Given Oshi no Ko’s weak plot, I find it hard to believe that this is really a collaboration between Aka Akasaka and Mengo Yokoyari. In Kaguya-sama, Akasaka masterfully transforms love comedy into a battle manga with perfectly executed scenes of psychological conflict, never leaving you wanting for more. I must admit that I’m not super familiar with Yokoyari’s prior work – most of my knowledge comes from second hand chatter surrounding Scum’s Wish – but from what I do know, Oshi no Ko’s often-times sexual bent definitely matches up.

For some reason, on anime aggregator sites such as MyAnimeList and AniList, Oshi no Ko is listed as being ‘written’ by Akasaka and ‘illustrated’ by Yokoyari, but none of the information contained within the Japanese release of volume 1 said as much. It wouldn’t surprise me, therefore, if this is really just a Yokoyari work with Akasaka supervising. Such a partnership would definitely explain the disparity between creators’ previous works and this one, at the very least. Kaguya-sama isn’t coming to an end anytime soon, either.

Oshi no Ko: The Uneven Partnership

Whatever the case may be, Oshi no Ko volume 1 was a mess. Most of it is confusing, lacking in clear direction, and only really shapes up towards the end. The holes in its bizarre premise also make it hard to get on board. While the characters may be charismatic and the art solid, that isn’t enough to make up for the story’s flaws. Even if this is a high-profile collaboration, that doesn’t mean that you should check it out.

One final thought. If you’re a fan of Medaka Box, then you’ll probably know that author Nisio Isin and Akira Akatsuki did another series shortly after it ended, titled Shounen Shoujo. 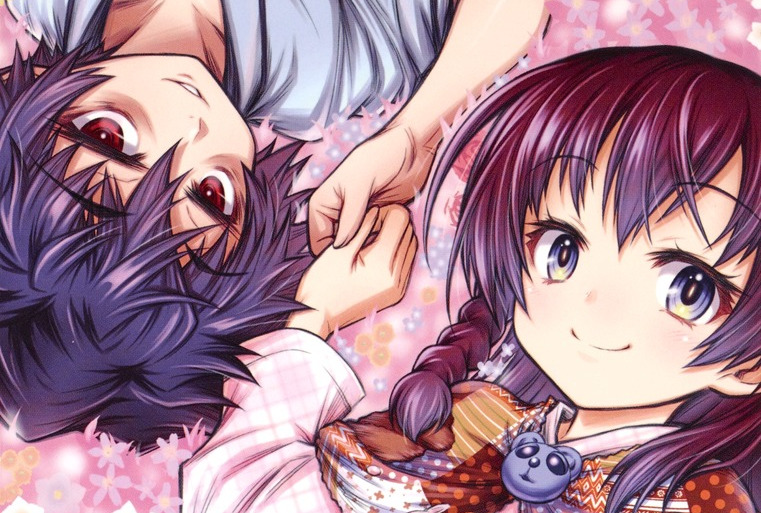 Much like Oshi no Ko, it too had a wild premise that only found direction towards the end, which makes me suspicious about the chances of Akasaka and Yokoyari’s collaboration. While I do think that Shounen Shoujo is much more effective than Oshi no Ko – mostly due to Isin’s writing – its cancellation after three volumes has me thinking that a similar fate may be in store for this one. There’s only one volume available as of the time of writing, however, so we’ll just have to wait and see.

Oshi no Ko is currently serialized in Young Jump.