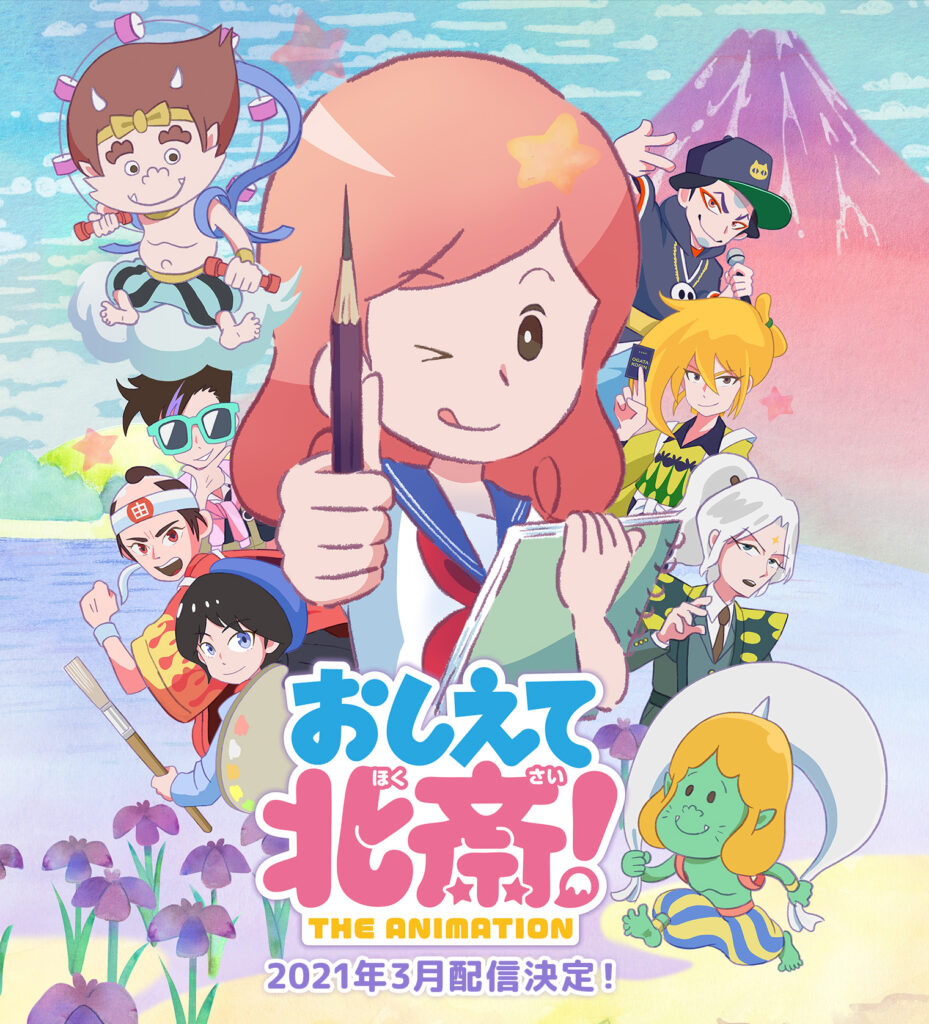 Starting in March, the art comedy anime series Oshiete Hokusai! will bring classic painters to life. In addition to being an anime otaku, I’m also a fan of history and art, so this series looks like the perfect match.

But don’t take my word for it, see for yourself. The creators posted a short promo video to YouTube:

The series will feature Azumi Waki  as school girl Tenkorin Okakura. In the original manga by Naoto Iwakiri, she is apparently something of a slacker. This clearly carries over to the anime.

Tenkorin wants to become an artist, but she lacks motivation. She makes a wish, which is heard by the god Raijin (Katsuyuki Konishi). Raijin grants her wish by bringing ‘super painters’ from Japanese art history to the present day.

Naturally, each of these legendary painters will have something to teach Tenkorin (and the audience) about art and life. Tenkorin also has a rival, Kanon Kano, played by Yuki Wakai. 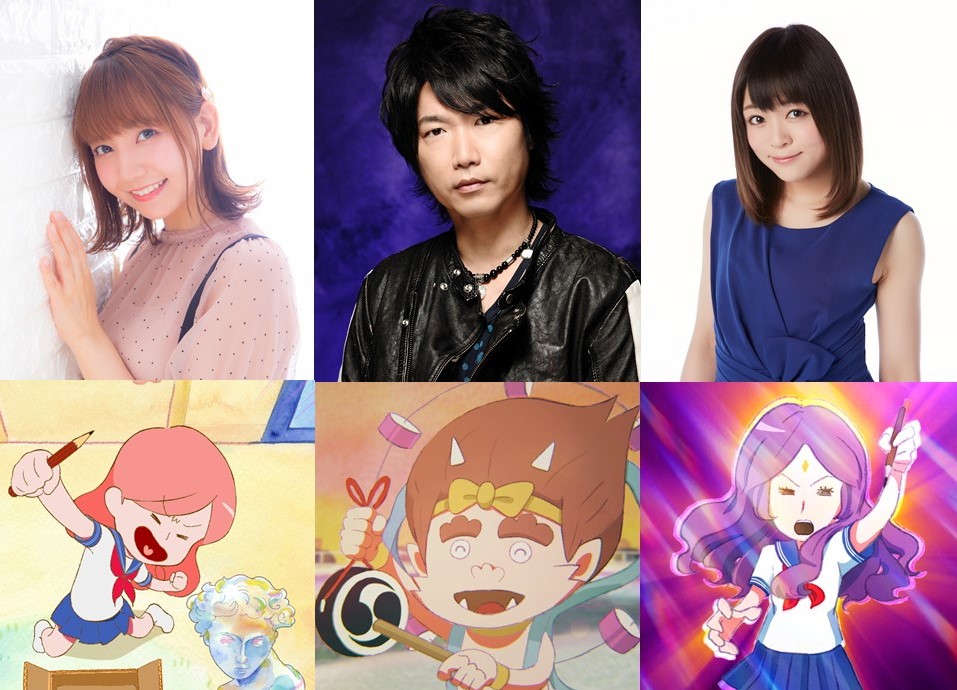 The artists will include Ogata Korin, Takahashi Yuichi, Utagawa Kuniyoshi, and Kano Eitoku. And, of course, the Oshiete Hokusai! title refers to possibly the most famous Japanese artist of all time.

The concept of a lazy student getting supernatural help and advice reminds me of Doraemon, but it’s an idea which doesn’t get stale. I also like the idea of using anime to learn art history. I enjoyed Ninja Girl & Samurai Master, and even the ridiculous Meow Meow Japanese History, and this has a similar vibe to it.

The art is also clever, as some of it looks like it comes out of a sketchbook.

Each episode will be short: only about 10 minutes; but I have a soft spot for silly, short comedy series as well. The whole season will only be 10 episodes long.

The animation is by CoMix Wave Films, who did the anime films 5 Centimeters Per Second, Your Name, and Weathering With You; and co-produced Inferno Cop with Trigger.