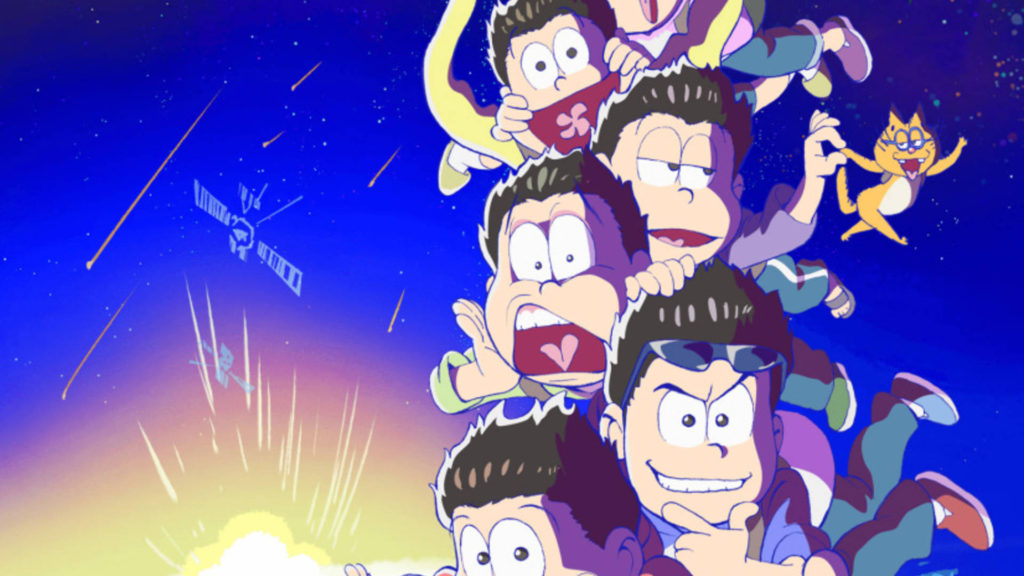 It’s official, everyone’s favorite dysfunctional sextuplets are coming back beginning October 2017! In an announcement shared today by Avex, we were finally given a timeframe for the continuation to one of our all-time favorite animated series, Osomatsu-san (Mr. Osomatsu). The revelation comes just a couple of short months after we originally detailed that the second season was on it’s way. This might just be one of the best years for anime we’ve had for quite some time, if I dare say so myself.

Set to air in Japan via TV Tokyo beginning some time in October, we’ve got a whole lot to look forward to leading up to the second season screening. Osomatsu-san is most definitely a series that never left the public spotlight, and that was especially true over here in Japan where the franchise has been a staple since it’s original conception in 1962 through Fujio Akatsuka’s Osomatsu-kun. It’s 2015 animated revival spawned a plethora of collaborations and events surpassing anything we’ve ever seen before. Two years on and the hype still remains at unheard of levels, with the series constantly topping polls and even spawning it’s own museum.

Alongside the announcement, we were also offered a brand new teaser visual that showcases the sextuplets usual outlandish activities, this time showing them falling from outer-space. Building off the finale of the shows first season, we’re seriously excited and can’t wait to see what happens throughout the second season.

If you’re not familiar with the Osomatsu-san series, it’s by far one of my personal all-time favorite animated series. It carelessly follows the day by day lives of six twin brothers who through thick and thin, do their absolute best to survive the unemployed lifestyle they lead. Even though they share the same faces, they couldn’t be any more different, and that makes their daily adventures all the more exciting.

If you’re interested in checking out the first season of Osomatsu-san, you can stream it online via Crunchyroll and check out our other related news, here. For further information, be sure to check out the official website for the series, here.