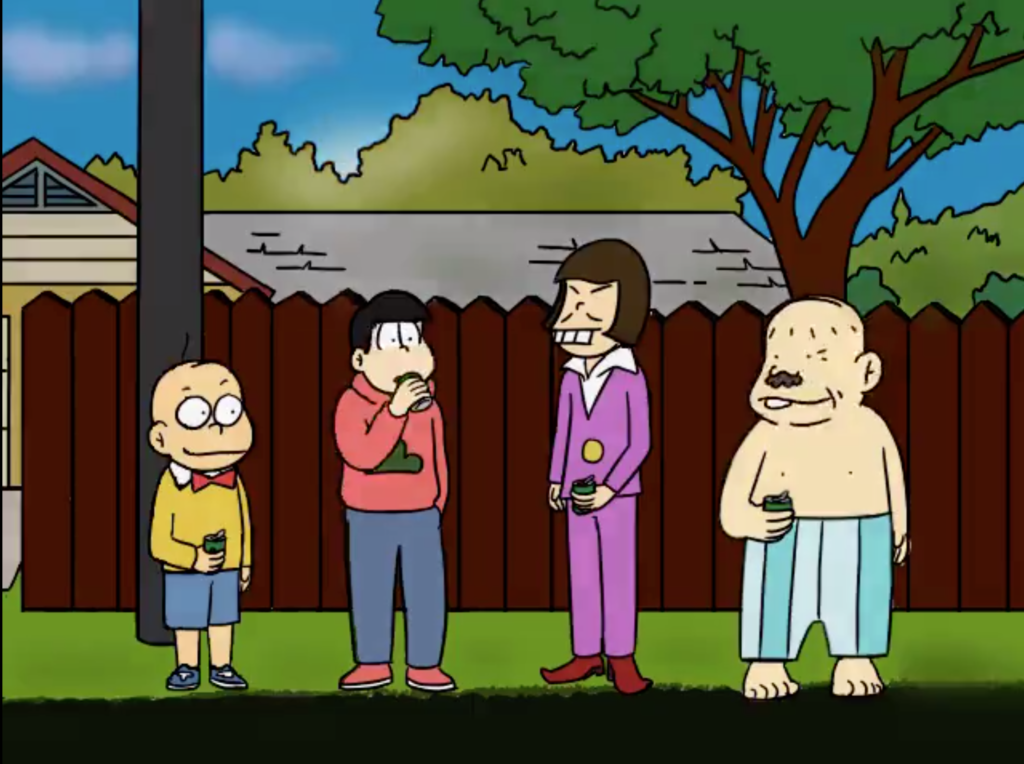 For the past few years, there’s been a pretty prevalent crossover between Mike Judge’s seminal 1997 television series King of the Hill and anime. Whatever the reason, the internet loves to pair the two, something I’m not complaining about at all. But earlier today I stumbled across something unlike the still images I’d been used to featuring crude edits of Bobby; rather, I found something actually quite remarkable.

Osomatsusan and King of the Hill intro parody is complete!
Osomatsusan is a popular anime in Japan! pic.twitter.com/YLJ3xuhYDu

Japanese Twitter user @wanntinntyann took to Twitter last night to share their latest “parody animation” that they had put together, fusing together the worlds of both Osomatsu-san and King of the Hill. Whatever drove them to do it, I couldn’t tell you, but I’m very glad that they did. The video, in particular, reimagines the King of the Hill opening sequence, instead, replacing the usual cast with characters from Osomatsu-san. It’s an unusual crossover, of course, but it definitely looks good in motion.

All of the good boys are present, especially Jyuushimatsu who can be seen swinging his brother Ichimatsu around like a baseball bat. It’s worth noting that in the tweet where @wanntinntyann shared the video, they mention in Japanese that King of the Hill is a popular anime in America, while then mentioning in English that Osomatsu-san is a popular anime in Japan.

Whatever your take is on Osomatsu-san and King of the Hill crossing over, what @wanntinntyann has put together absolutely slaps. I’d definitely be interested in seeing just what else they can crossover with the sextuplets in the future. For those interested in checking out more of @wanntinntyann’s works, be sure to visit the creative’s official Twitter account.