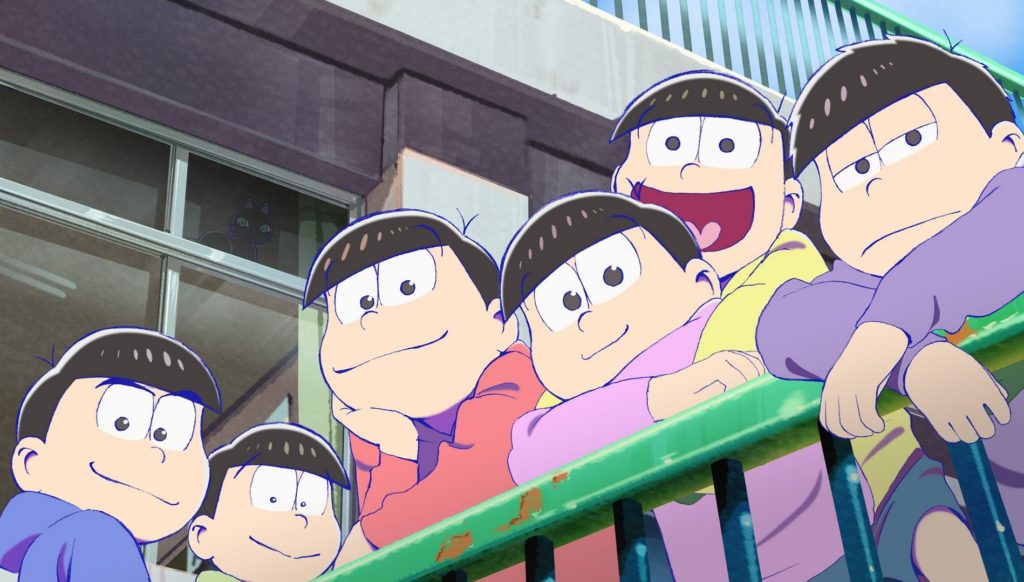 Osomatsu-san has nothing but surprised us since it aired it’s first season back in 2015. Rebooting a Showa-era gag manga for the modern day probably seemed like a crazy idea at the time, but something somehow worked, and it become a full-blown cultural phenomenon. Those mischievous sextuplets have already had two full seasons of anime dedicated to them since their revival, but it would seem that they aren’t satisfied, as they head towards the premiere of their first theatrical movie in March.

We’ve been eagerly awaiting information on this forthcoming theatrical debut ever since it was announced back in August, and we were rewarded for our patience this weekend as the main trailer for the project dropped courtesy of Avex Pictures. Check it out below:

From the previous trailers, it was already apparent that the movie would document the sextuplet’s high school days and see them thrust into a story involving these carefree days, but this trailer seems to hint at a more literal meeting, as several scenes in the trailer show the modern day sextuplets and the high school sextuplets together, and even interacting with Ichimatsu grasping one of their hands at the very end.

These scenes, coupled with the imagery of reality breaking and various things falling from black holes in sky that is rife in a lot of the promotional imagery, seems to pretty heavily imply that these two sets of sextuplets from different times will be forced together into some kind of special dimension or space that transcends time. 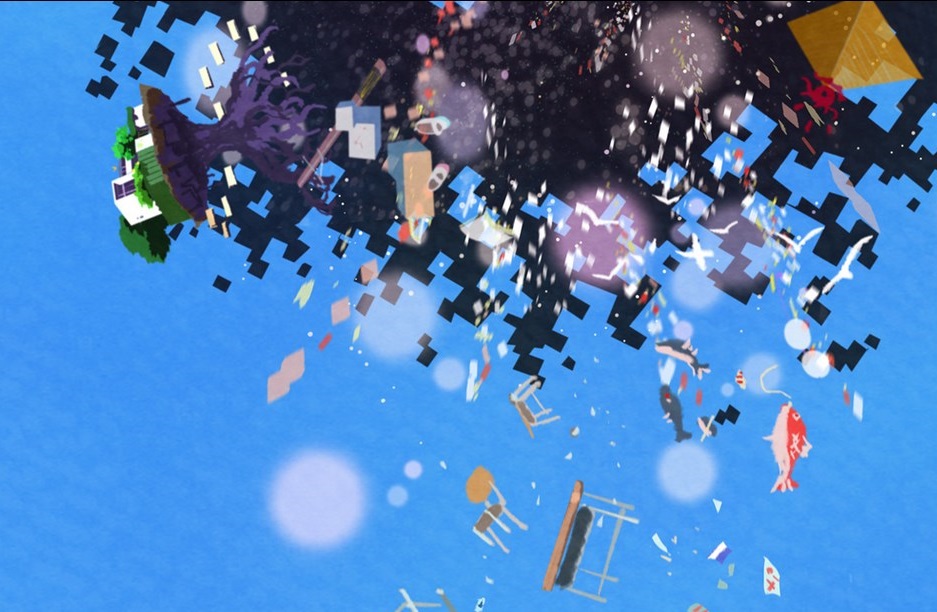 Not that all of that really matters. The point of Osomatsu-san is to make you laugh, after all. Or is it? While the series may appear on the surface to be a simple comedy, underneath that venir I have always found profound messages on youth, love, and growing up, to name but a few. I mean, one supposed “gag” in season two saw the character Iyami faced with the existential crisis that his Showa-era humor was no longer funny to modern day audiences and attempting to commit suicide. This was played for laughs, of course, but simply highlights how Osomatsu-san is not afraid of deep dives when the time calls for them.

Given this, I wouldn’t be surprised if this new theatrical adventure turns out to be more meaningful than it may seem. In the first place, such a concept as the failed adult sextuplets meeting their youthful, more carefree highschool selves is ripe with narrative possibilities, such as an exploration of youthful idealism as well as a more pertinent examination of the apathy that plagues the Japanese youth, which the adult versions of the Osomatsu character have always symbolized.

Either way, Osomatsu-san the Movie is set to open in Japanese theatres on March 15. More information can be found via the official website.