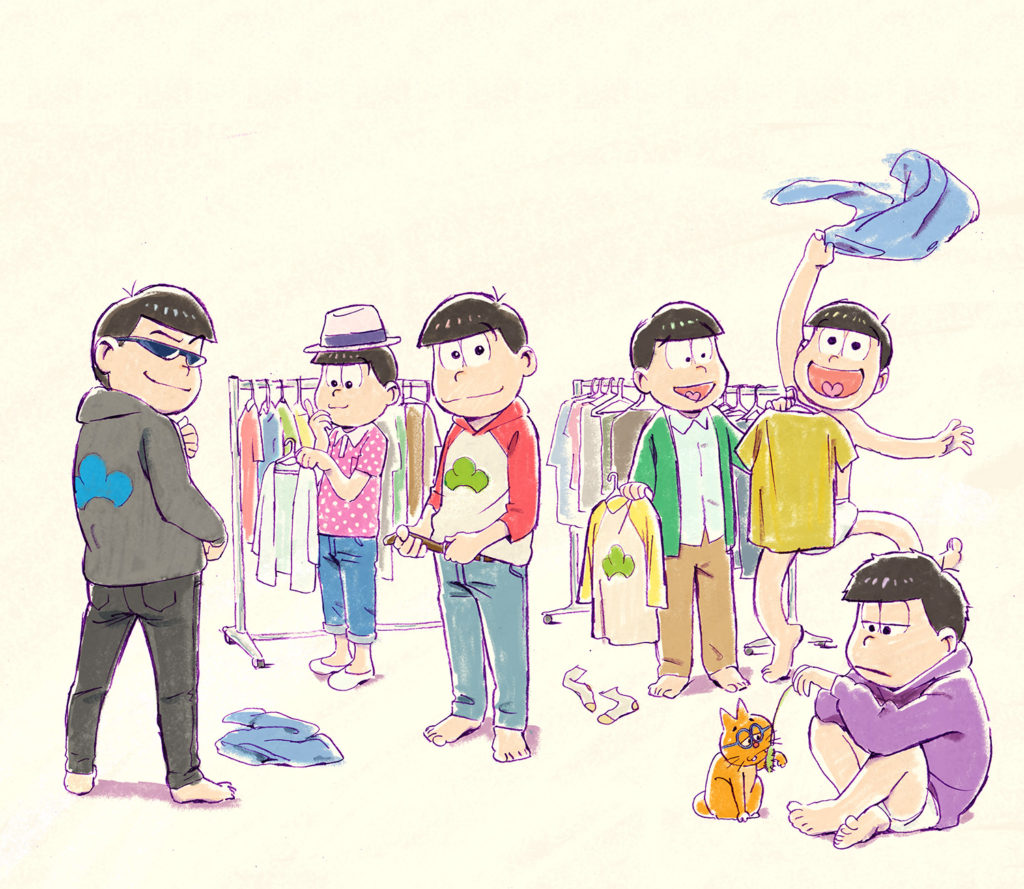 Accompanying the announcement was our first look key-visual, which can be seen below: Originally broadcasted in 2015, Osomatsu-san ended up becoming the surprise hit of the decade. Following the lives of Japan’s most dysfunctional sextuplets, the comedic animated series wooed viewers over with it’s unique parodic approach to various tropes. Two years after airing, the show still remains at the top of most anime rankings charts in Japan. Going beyond an ordinary animated series, the series is widely considered to be a cultural phenomenon, inspiring countless collaborations and endorsements.

Based on Fujio Akatsuka’s 1962 manga series, Osomatsu-kun, the renewed Osomatsu-san was produced in celebration of the late-creator’s 80th birthday. With further details about the show’s second season expected to be announced in the coming weeks, we’ll be sure to keep you updated.

Avex Picutres has begun streaming an official trailer for the second season’s announcement, which can be viewed below: