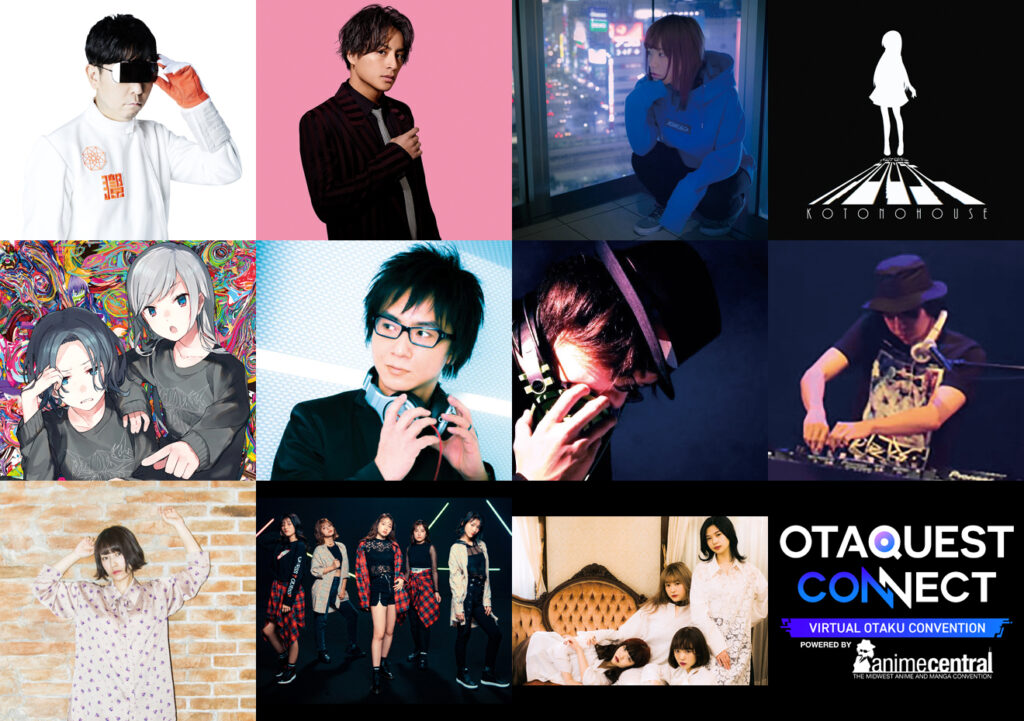 This year has been a bust when it comes to any live events, including conventions centered around Japanese pop culture. OTAQUEST CONNECT aimed at helping to fill the void created by a pandemic that has made gatherings a rarity anywhere in the world, providing panels and interviews with creators from the country, giving them an online space to reach fans from around the world.

Part of the festivities involved two nights of Japanese music. Fans could tune in on Saturday, August 15, to watch OTAQUEST // PLUGGED IN, a showcase of electronic music from the archipelago featuring the club community’s old guard alongside a new generation of creators showing off their high-energy take on the genre. The following night, the spotlight turned to a trio of artists representing different styles, including idol music and rock. Nothing can feel quite the same as gathering with like-minded people and enjoying music together, but OTAQUEST CONNECT aimed to offer something closer to the convention vibe…albeit all on Twitch, but a way to (ahem) connect with others.

OTAQUEST // PLUGGED IN started off on a hard-hitting note courtesy of duo LADY’S ONLY. Against an always-morphing backdrop, the pair played buzzsaw dance music aimed at getting viewers pumped up for the night ahead. It also made the more diverse set of sounds that following act KOTONOHOUSE played hit much harder. Alongside more aggro tracks, KOTONOHOUSE dabbled in swifter J-pop remixes and Jersey Club firecrackers. It was a well-paced performance showing a wider range of music.

Those first two sets played out behind blank screens featuring graphics, but YUC’e followed it up with OTAQUEST CONNECT’s first instance of intimacy. While Technicolor touches zoomed by her, the creator set her performance in a room — with stacks of records behind her — as she played music and sang her nervy take on pop. YUC’e always delivers a kinetic set, but this was also a moment of getting a little closer during what is, really, an odd way of watching a live show. She added a personal touch to the proceedings. 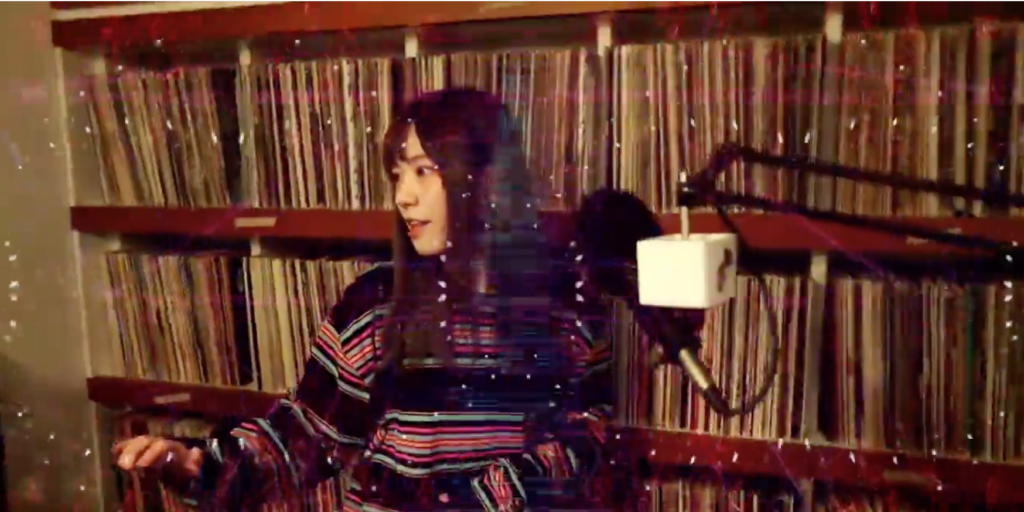 Alan Shirahama, a member of GENERATIONS from EXILE TRIBE, followed up with a chance to showcase his DJ skills. He touched on a wide variety of dance music over his set, peppering it with Japanese traditional music (and at one point donning a kitsune mask). That lead into ☆Taku Takahashi’s centerpiece set, in the same space YUC’e graced a couple sets earlier (the block.fm studios, if I’m not mistaken), zipping through upbeat dance tracks and electro-pop from Japan. Sprinkled throughout were some songs from m-flo’s catalog, along with a few pivots into heavier EDM sounds. Yet for all of these bass-centered haymakers, Takahashi always kept his set light and speedy, offering good vibes coming through even via computer speakers.

The heaviness came back with the next DJ up, BlackY, who delivered a pounding set of dance music. The energy remained just as swift, but it was now joined by a more maximalist approach that echoed his career creating some of the more mind-melting songs for the BEMANI series of games since 2012. This general theme carried over to the next performance from Ryu☆, another BEMANI contributor creating catchy dance music overflowing with positive energy. He added in a greater sense of drama during his time on the stream, playing around with emotion via slow build-ups and moments where he could throw his arms out and sing along to the song. It all bubbled over with the finale courtesy of Camellia, who delivered a thrilling and stuffed-tight run that even managed to feature costume changes (and video game references galore). It was a fittingly joyous way to close out the first night of OTAQUEST CONNECT. 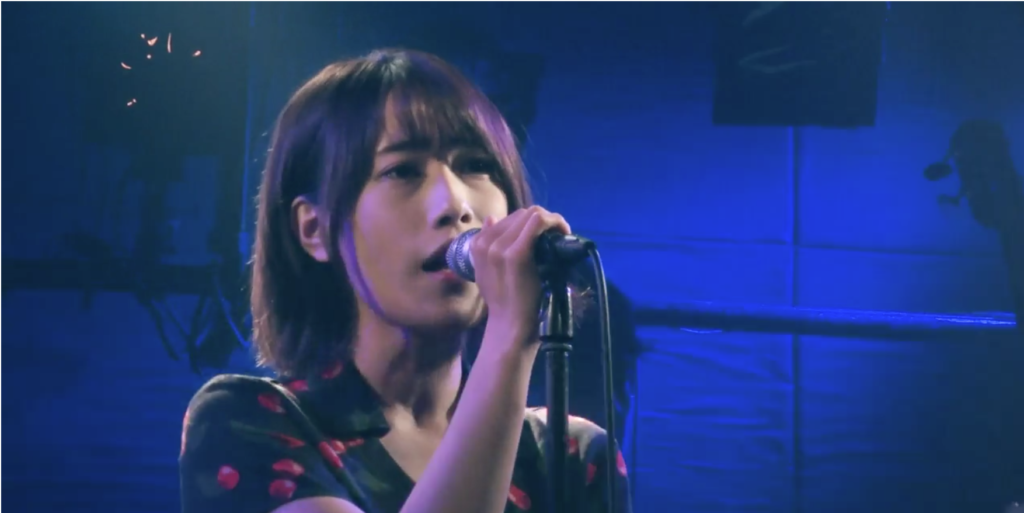 Night two shifted to a different type of live performance, starting off with a just-under 30 minute set from Sasaki Rico. “I will be performing songs which really give you the feeling that you’re going to a number of different places, so I really hope that you’ll find a song that you really enjoy,” she said at the start, setting the stage for a (really) socially distances convention being broadcast to viewers all over the world.

Sasaki started out by playing a pair of songs she supplied to the anime series “Bofuri: I Don’t Want to Get Hurt, So I’ll Max Out My Defense,” both of them operating at mid-tempo speeds. It was a breezy performance offering an always welcome calmness. She picked up the intensity near the end of her time, including flexing her singing prowess with some impressive shouting bordering on the guttural. It was a great display of vocal range, but ultimately one offering something relaxing to start Sunday night.

Next, the scene changed to a dance space, where Okinawa idol group Chuning Candy performed. After an introduction to those tuning in from all over the world, the quintet dove into a show showcasing their dancing skills as their uptempo songs played out over them. The focus here fell on their footwork and choreography, as this was the chance to see an idol outfit deliver high-paced moves from the comfort of one’s home.

The last show of the weekend fell to rock band GIRLFRIEND, who opened their stream by first reminding viewers to keep wearing masks when they go out and hinting at future shows in the United States. Then they plunged into their performance, ripping into their most upbeat numbers and showcasing their instrumental skills.They made the most of every second of this stretch, no talk and just straight-ahead rocking, peaking with a surprise they hinted at from the outset, the first ever performance of the English version of “sky & blue” from the anime “Black Clover.” That ended the concert on a particularly soaring note.

Which was a fitting close to the weekend as a whole. Nothing can replace the experience and community of going to a concert, club night or convention in person — as this year drags on, this has become even clearer — but events like OTAQUEST CONNECT’s musical offerings reminded of alternatives to help people be entertained and in touch with one another during these weird times.