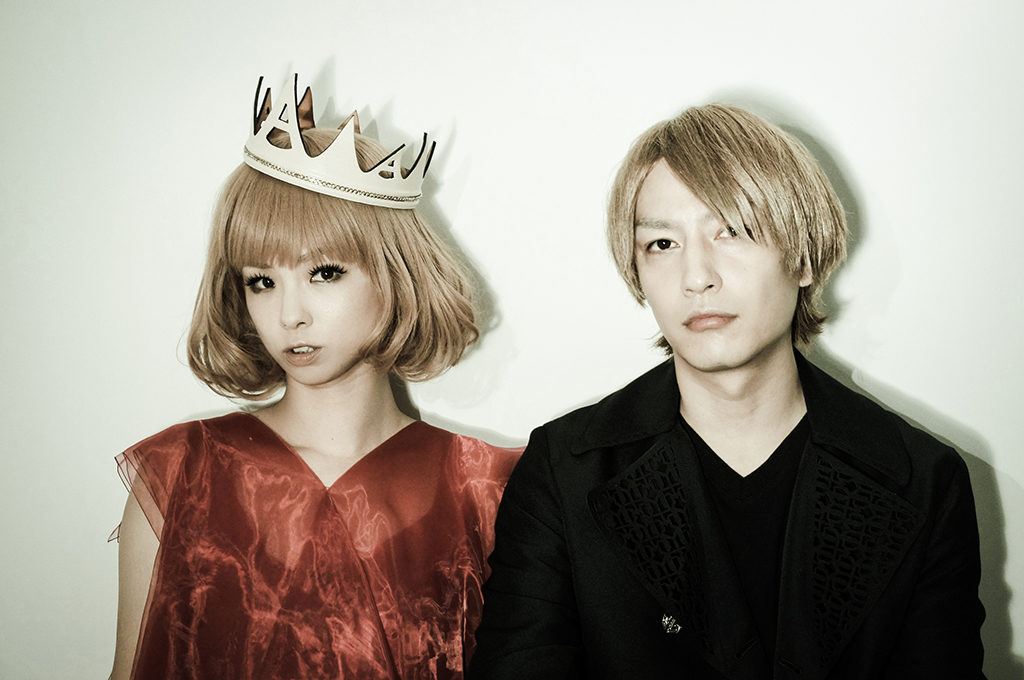 “OTAQUEST”, a new-age media hub delivering Japanese culture to the world, will be holding the latest installment in the “OTAQUEST LIVE” series of events. This year we have the honor of bringing CAPSULE over for their first ever North American live performance. The unit sees Yasutaka Nakata and Toshiko Koshijima come together with a unique production sense to Yasutaka Nakata’s production for Kyary Pamyu Pamyu and Perfume. We sat down with them for a short interview about their perspective about “Japan and the world”.

OTAQUEST: This year’s “OTAQUEST LIVE” is going to be CAPSULE’s first show in North America. Last year we brought over Yasutaka Nakata, however, so can you tell us a little bit about your experience with the audience?

Yasutaka Nakata: Last year was actually my first time DJ’ing in North America too, so I can’t compare it to any other gigs, but I enjoyed it. Regardless of what country a DJ is performing, they’ve got to warm up the crowd, so I just hope to have fun DJ’ing.

OTAQUEST: So you wouldn’t say there’s any particular feeling when performing at international events?

Yasutaka Nakata: I’ve never actually lived outside of Japan, so I can’t really know what the correct reaction from an international audience is. Even in Japan if I bring the same performance to different places, the reaction is always different, so there’s not really a sense of right or wrong. The best thing I can do is enjoy myself. “OTAQUEST LIVE” is going to be CAPSULE’s first time performing in North America, so I hope the audience can see our usual performance.

OTAQUEST: It’s been a while since the release of your last album, “WAVE RUNNER”, and we’re curious if you have anything you’re working on at the moment?

Yasutaka Nakata: We’re slowly working on it. We used to just release things as soon as we made them, but we want to do a lot of different things with different people, so we’re taking our time. I recently released a new single, “Pico Pico Tokyo”, as a solo artist, though I originally made that song more than a year ago. A creator from Los Angeles, Somehoodlum, made the music video for it. It takes time to work with different people. I enjoy thinking about the possibilities with CAPSULE, and I hope that we’re able to do more than just quickly make a song and put it out; I think CAPSULE’s next album is going to be interesting.

OTAQUEST: So you’ve already got a concept for the next album?

Yasutaka Nakata: Yes. For the next CAPSULE album, it’s going to be a little different from what I do as a solo producer. Compared to “WAVE RUNNER” which released four years ago, it might be completely different.

OTAQUEST: I’m definitely looking forward to it, but as a fan, I’m happy to wait and give the album time.

Yasutaka Nakata: People used to buy all their CDs from a CD shop, so in order to fill as much space on a shelf as possible, we would release more. We used to release every half a year in order for people to find CAPSULE easier. Now people simply download songs, and since there’s no advantage to taking up space, we can purely make music. I want to make the music that I like whenever I want. I think CAPSULE is going at my ideal pace over my solo works. Such production is very enjoyable, and the music that’s being created can be enjoyed by people who consider themselves fans of music.

OTAQUEST: I’m sure there’s quite the crossover between fans of CAPSULE and fans of music. I’d be glad if this interview could be enjoyed not just by overseas fans, but also Japanese fans.

Yasutaka Nakata: Most of the music in Japan is only made for Japanese audiences, but I’ve never considered Japanese music and foreign music to be separate. What’s important is that it’s made in Japan, but it doesn’t have to be for only Japanese listeners. I’m a music creator, but it’s not like I want to be a star. Your nationality doesn’t matter when, for example, “you can’t be a Hollywood actor, but you can make Iron Man’s armor”. In this case, I hope people start to think “people in Tokyo are good at doing this, so let them do it”. I want Japanese people to realize this. I think that events like “OTAQUEST LIVE” are necessary for Japanese people to get the opportunity to think about “Japan and the world”.

OTAQUEST: Do you already have a set list for “OTAQUEST LIVE”?

Yasutaka Nakata: Not at all. I just want to have fun.

Toshiko Koshijima: At CAPSULE’s show, when Nakata is having fun and DJ’ing with a smile, the audience also enjoys it, so Nakata having fun entertains the audience. I hope to enjoy myself too, and I want the audience to dance freely.

Yasutaka Nakata: Since CAPSULE hasn’t released anything recently, the audience might be able to listen to a wide variety of songs. If we had a new album, we would have played mostly those new songs, so this is a great opportunity.

Toshiko Koshijima: It’s our first show in America, so it’s good that fans can listen to our songs from the past.

OTAQUEST: Both of you act so naturally on stage. Do you get nervous?

Toshiko Koshijima: Of course. CAPSULE’s done many shows without a set list.

Yasutaka Nakata: That’s because Koshijima can work so well with me when I’m DJ’ing.

Toshiko Koshijima: That’s why I get nervous. I try so hard on a stage, but I feel so good when it goes along well. I hope the audience to experience that kind of feeling at “OTAQUEST LIVE”.

You can catch CAPSULE at The Novo in Los Angeles on July 3rd as a part of OTAQUEST LIVE alongside m-flo, Kyary Pamyu Pamyu, HIROOMI TOSAKA, and CrazyBoy. Tickets are on sale now!