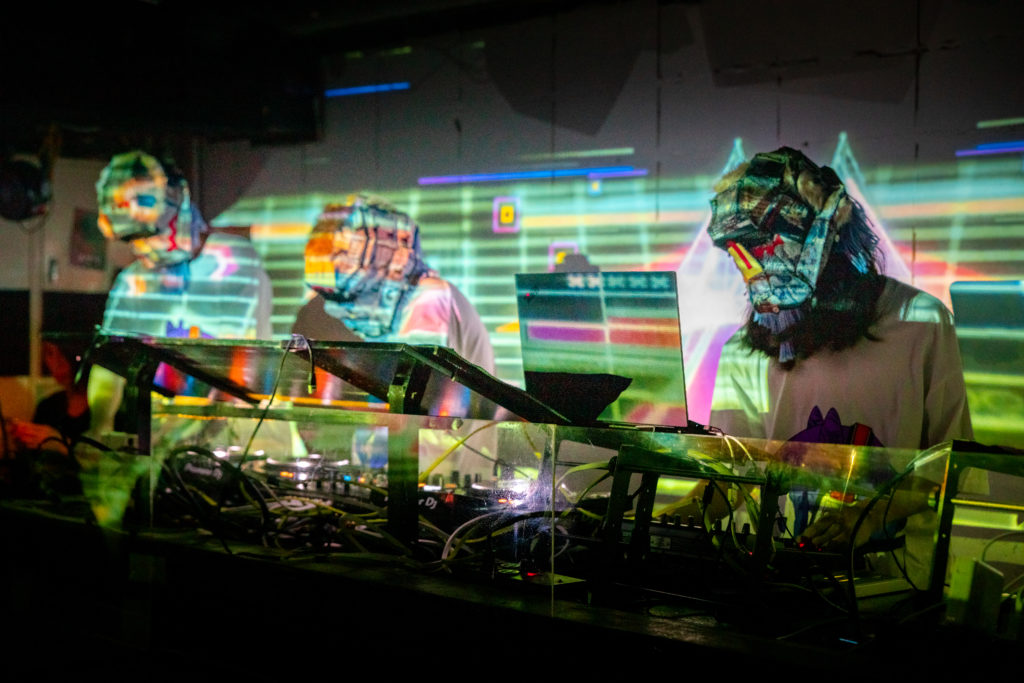 This weekend marked the second event in our ongoing OTAQUEST // PLUGGED IN event series at Akihabara’s legendary MOGRA, and we couldn’t be more thrilled. Whenever we set out to do an event, whether it be in North America or Japan, we go into it with two central thoughts in mind — how can we represent the various sounds that build the sub-cultural aspects of Japan that we love, and how can we bring together a cohesive lineup that can’t normally be seen together. For this event, we went into it looking to represent some of the best when it comes to rhythm gaming, and we hope we delivered ten-fold. Even if you couldn’t make it, the magic of Twitch allows the event to be viewed – in full – via Mogra’s official channel. Let’s take a look at both parts of the almost six-hour event below:

Watch 10/19(sat) OTAQUEST//PLUGGED IN from MOGRA on www.twitch.tv

Without tooting our own horn too much, we think that we absolutely killed it with the lineup. Opening the event was the always-incredible Pa’s Lam System, bringing in a killer mix of originals and crate-dug jams that had the floor going ham. It was no surprise, of course, and we’ve never been shy when it comes to featuring Pa’s Lam System’s incredible music here on OTAQUEST. Following the trio was Maozon with their eclectic mash of hard-hitting genres that really set the party into overdrive. If you’re not familiar with their music, that best change quick — here in Japan, outside of the rhythm gaming world, they cemented their place in the producer hall of fame with their production for the award-winning “R.Y.U.S.E.I” by J-Soul Brothers Sandaime. But that’s before even talking about their incredible production work for titles such as beatmania IIDX where they’ve long been touted a champion. This really was a set for fans of all things hard, and their choice of drum ‘n bass was A-1.

Up next was AJURIKA, a name you’ll want to be learning quick smart if you’re not already familiar. Best known for his work on series such as Tekken, The [email protected], ACE COMBAT, and more, the producer most recently caught my attention for his incredible contribution to beatmania IIDX that left me going wild. From such an incredible producer, it was no surprise that his set went absolutely buck wild, and I definitely can’t wait to catch more from him in the not-so-distant future. Speaking of names you should be familiar with, PSYQUI is a name we’ve shared more than once on OTAQUEST. He’s one of Japan’s fastest-rising producers both within the rhythm gaming community and outside of it, and not without good reason. Racking up countless plays online from a massively global audience, PSYQUI crushed the dance floor proving a total crowd favorite, tracks like “Don’t You Want Me” in particular creating a frenzy.

Watch 10/19(sat) OTAQUEST//PLUGGED IN from MOGRA on www.twitch.tv

Now, while our lineup consisted of a total of five guests, we weren’t going to let the event end without a surprise. Concluding our initial lineup, we had the legendary Kors K take to the stage where he drew a massive crowd of fans that filled the room with sheer hype. Kors K goes above and beyond when it comes to living up his status as a legend, playing out a set filled with fan favorites and surprises — this, of course, included “smooooch ・∀・ “. If you’ve never caught a Kors K DJ set, you’ve got to check out the VOD above because you’re in for a treat. Now, just before I mentioned that we weren’t going to let the event end without a surprise, and that’s where our special guest came in. While a relatively new face in Japan, we’re sure you’re all already familiar with OTAQUEST frequent Android52 who absolutely brought the house down with his set. With a killer mashup featuring several original remixes and mashups, the personal highlight of my night came when Android52 dropped a killer remix of “Running in the 90’s” which had left the crowd screaming. Fluently blending his international mix of sounds, we couldn’t be more stoked to have him as our event closer, leaving us all the more excited for what’s to come.

Of course, the event wouldn’t have been this incredible without the visuals provided by Alpha Complex, our incredible VJ for the entire day. If you’re trying to be clued in to just how much of a mood he was able to set, check out the full gallery of images below:

While the event is still in its infancy, we’re beyond excited to keep things moving with the OTAQUEST // PLUGGED IN event series, and we can’t wait to share with you the next page in this journey. For those of you in Japan, we hope to see you filling the dance floor at MOGRA, and for those of you outside the country, we can’t wait to see you all in the chat via Mogra’s official Twitch channel. Set to take place on December 21, 2019, we’ll be sharing more details on the next installment soon, so be sure to check back soon.