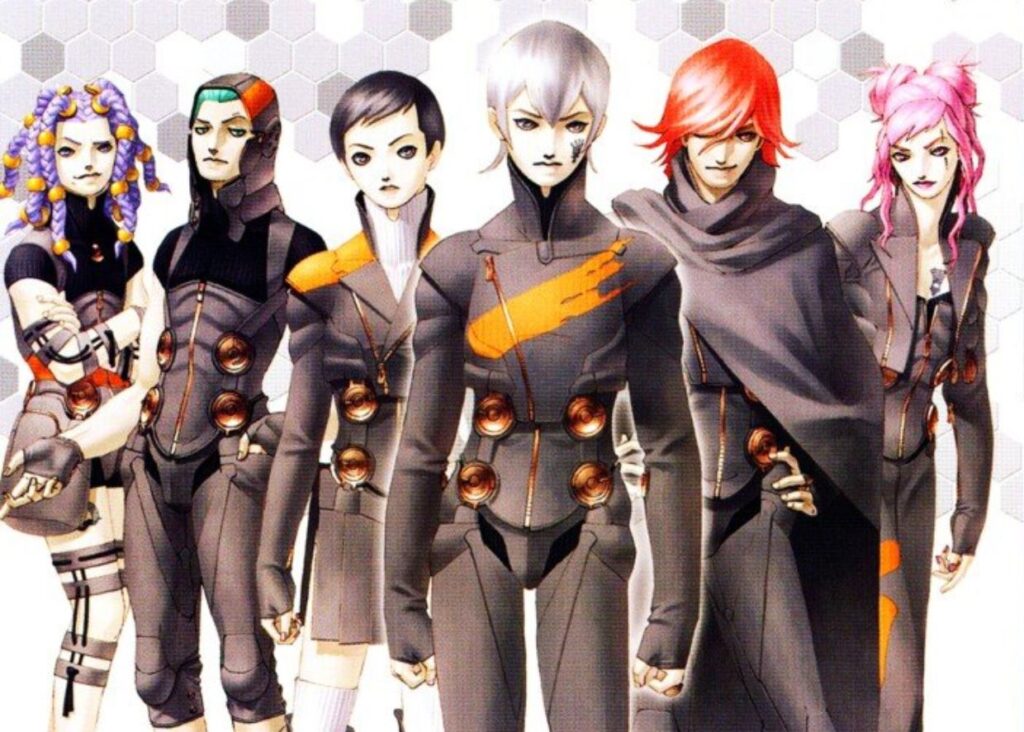 We’re a month and a half away from the western release of Shin Megami Tensei III: Nocturne HD, a long-awaited and much necessary return of one of the atmospheric and hardcore JRPG experiences ever conceived, and half a year away from ‘we-still can’t-believe-it’s-coming-out’ Shin Megami Tensei V.

As the kids say, Shin Megami Tensei fans have been ‘winning’, as of late.

Developers Atlus will be too when the games actually drop, as years of SMT games only being released on the 3DS (combined with the ever-gigantic Persona following, which spun-off from Shin Megami Tensei originally before growing into a much bigger beast), will funnel many Tensei-curious to these releases.

Everyone should play Nocturne at least once, but we do admit longtime fans of the game don’t exagerate when they call it one of the hardest games ever made. So, we’d recommend playing the Shin Megami Tensei: Digital Devil Saga games before Nocturne, but because of the near-future closure of the PS3 Digital Storefront, that could become impossible.

Shin Megami Tensei: Digital Devil Saga 1 and 2 came out within six months of each other towards the end of the Playstation 2’s life in 04 / 05, depending on where you lived. Like Nocturne before and Persona 3, 4, and 5 after, SMT mega brain Katsura Hashino envisioned and brought these games to life after a bit of developmental mutation.

Adopting the weakness-juggling ‘press system’ further refined in Persona and Shin Megami Tensei IV games, they’re incredibly friendly for JRPG standards, with the turn-based gameplay having a streamed-lined flow without sacrificing depth. The games themselves center around a group called ‘Embryon’, a gang in the ‘Junkyard’ who’ve got to fight against other gangs to survive. Also, most of these gang members turn into cool SMT mainstay Kazuma Kaneko designed monsters, always rock. The first game focuses on atmosphere and set-up, with the story truly blossoming in DDS 2.

A Brief Development History of the Game

Shin Megami Tensei: Digital Devil Saga actually started development before Shin Megami Tensei: Nocturne, which released more than a year before the first DDS. At the time though, DDS had a working title of ‘New Goddess’, and now would be a good time to point out that ‘Megami’ translates into the word ‘Goddess’. Clearly, these were meant to be an original take on the franchise.

They were also intended to be ‘easier than the mainline and spin-off Shin Megami Tensei games to come out beforehand.

While it would go through a few mutations before finally being released in Japanese as Digital Devil Saga in July 2004, their vision of it being a more ‘approachable’ Nocturne remained intact. Development on the second game began immediately following the first, though they were able to incorporate some feedback after the release of the first game before ‘2’ dropped just half a year later.

Beyond Digital Devil Saga being envisioned as a moderately difficult Shin Megami Tensei game, somewhere in between the Playstation 2 Persona games and Nocturne for references, a few other key factors make this role-playing duo the perfect entry point to the franchise: Both games clock in around the 30-35 hour mark, making them a breeze by JRPG standards.

Compared to Nocturne, Digital Devil Saga relies much more heavily on both storytelling and character development, especially in the second game. With refinements made to the very novel ‘press-turn system’ introduced in Nocturne, you might find strategizing with your party of misfits and monsters good fun. All this, without completely discarding that eerie ambiance so essential to the SMT experience.

Some now might call Shin Megami Tensei IV the best entry point these days, and certainly getting your hands on a 3DS is easier, but it’s ultimately a smaller experience.

We’ve already talked about many of the factors that make the Digital Devil Saga games stand out so much, and arguably you wouldn’t be wrong to consider them one experience. That all said, each does retain some individuality worth discussing.

Exploring the first game’s world, our so-called ‘Junkyard’, homes in an ambient and droning flavor, similar to but still distinct enough from Nocturne to call its own. While a Playstation 2 game won’t offer the intricate levels and complex graphic current day games do, the style and ambience to the Junkyard more than pulls its weight: The perfect setting for a group of stylish, lost-souls who turn into demons that eat each other to duke it out.

Plus, in keeping with Shin Megami Tensei tradition, you do get to fight at least one physical manifestation of God.

So, what happens after you take out the All-Mighty? We can’t spill the set-up for Shin Megami Tensei: Digital Devil Saga 2 here, because anything at all would be spoiling the first game. That, plus the second’s much more story-based than the first.

At the cost of cutting some of the mystique out of the picture, DDS 2 delves into the whys and hows of a corrupted world where people’ve been abandoned by a higher power and left to hunt each out with no other recourse. We do ultimately recommend starting with the first as 2 would be incomprehensible without it, but if you did enjoy the first game, the second makes a whole Thanksgiving dinner out of it.

Does Shin Megami Tensei: Digital Devil Saga Have a Future?

Sad to say, things don’t look too good for Shin Megami Tensei: Digital Devil Saga. With the Playstation 3 online store going offline this summer, already a not perfect solution, the only way you’ll be able to play these games if you don’t have a PS3 is if you have a Playstation 2 and 60 bucks (if you’re lucky) to grab the discs from Ebay.

Chalk this up to wishful thinking, but as we gleefully pointed out in the start of this OTAQUEST Selects, 2021 has been shaping up to be the big comeback year for mainline Shin Megami Tensei. Perhaps, and we can’t stress enough we’re grasping at straws, if the SMT III Nocturne HD Remake, which is set to hit the west on 25 May, and SMT V coming out later this year sell well enough, maybe just maybe we’ll see remasters of the PS2 SMT spin-offs.

Grab Shin Megami Tensei: Digital Devil Saga 1 and 2 on the Playstation 3 digital store (if you still can).