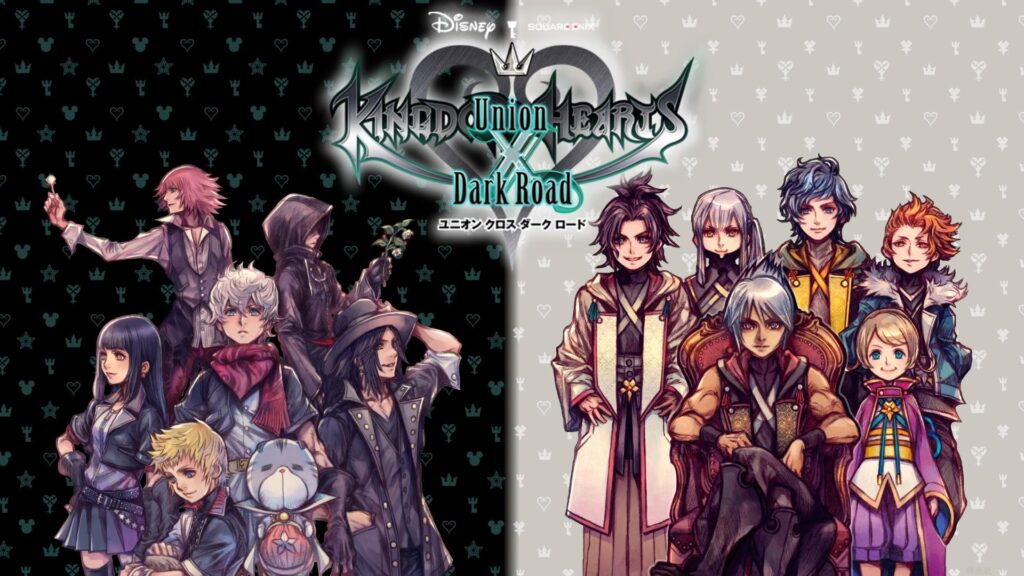 I understand how strange this article is, conceptually. Here I am, recommending you get invested in Kingdom Hearts Union χ. And in the same breath, I am required to warn you that the game is weeks away from a final content update, and even with a reprieve since the announcement due to delays in the release of final story content, the game will end service in June.

Play it while you can.

Kingdom Hearts Union χ started as a Japan-only browser game before becoming the smartphone title we know today. While set within the same universe and now intimately important to the future direction of the franchise, the game is set in the distant past before Sora’s story. It takes place before the Keyblade War and spans beyond it, telling the story of the Foretellers we meet in Kingdom Hearts III and the early beginnings of the world as we know it.

Using his ability to see everything, the Master of Masters bestows the Book of Prophecies, telling what will come to pass to the Foretellers, with one after another sent off on a different mission. The Master then disappears, and the Foretellers are warned by these prophesies that darkness will prevail across the land. In denial of this fact and in the hopes of preventing it, they each form guilds that take in Keyblade Wielders to collect Lux to keep the darkness at bay.

Kingdom Hearts is known for the complexity of its story, and while this reputation is partially exaggerated, some of that reputation can be put down to Kingdom Hearts Union χ’s status as both a key lore driver within expanding the universe of the franchise while existing as a mobile title only core fans have played.

There’s a larger, far different discussion to be had on the issues with accessibility, that comes from introducing new, important story content within titles such as this. In lieu of that conversation, I’m here to argue this game may be worth your time… with some caveats. 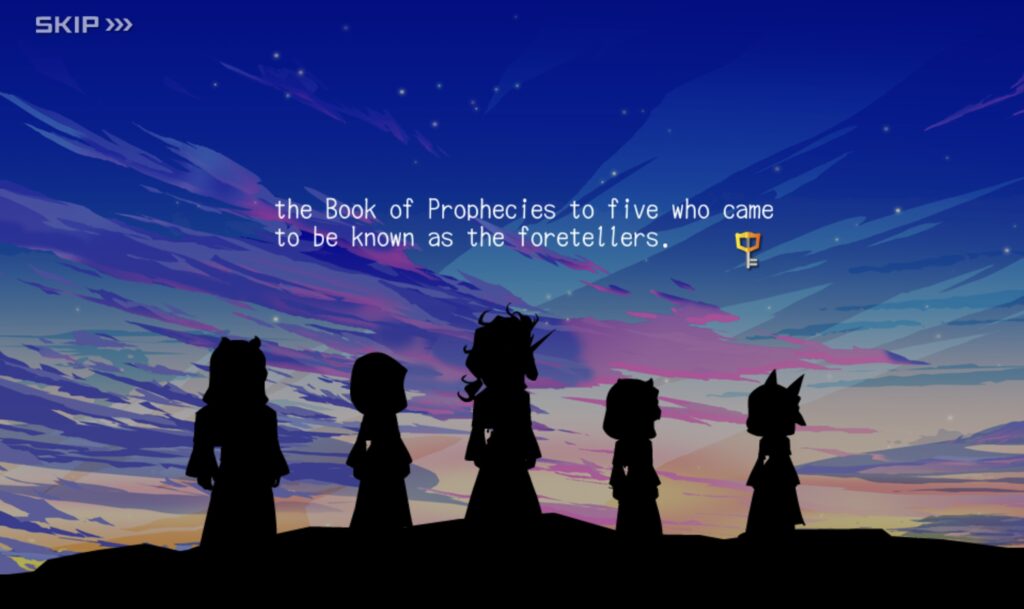 You as a player become a Keyblade Wielder inside one of the five Unions, who alongside your partner, the Dream Eater Chirithy, collects Lux. As you learn more about the Foretellers and the Book of Prophecies, and as the events that speak of a traitor and a battle seem they may come to pass, events get far more complex.

Story is a driving factor behind the fun of Kingdom Hearts Union χ. Let alone expanding the lore of the Kingdom Hearts universe, many of the details explored in this story became central to the plot of Kingdom Hearts III, while the Foretellers and the Master of Masters appear to hold a large role in the future of the series. For that reason, Kingdom Hearts fans should at least familiarize themselves with the story, but it has more worth than that.

Gameplay for the title is simplified compared with other Kingdom Hearts entries, but the battle system is still interesting in its construction. Players can collect medals (which each has strengths and weaknesses based on a rock-paper-scissors balancing system) from completing missions or using the now-free in-game gacha, and these can be used to defeat Heartless and enemies on your journey. While they can also be used in PvP activities, this has no bearing on story and isn’t worth investing in nowadays. 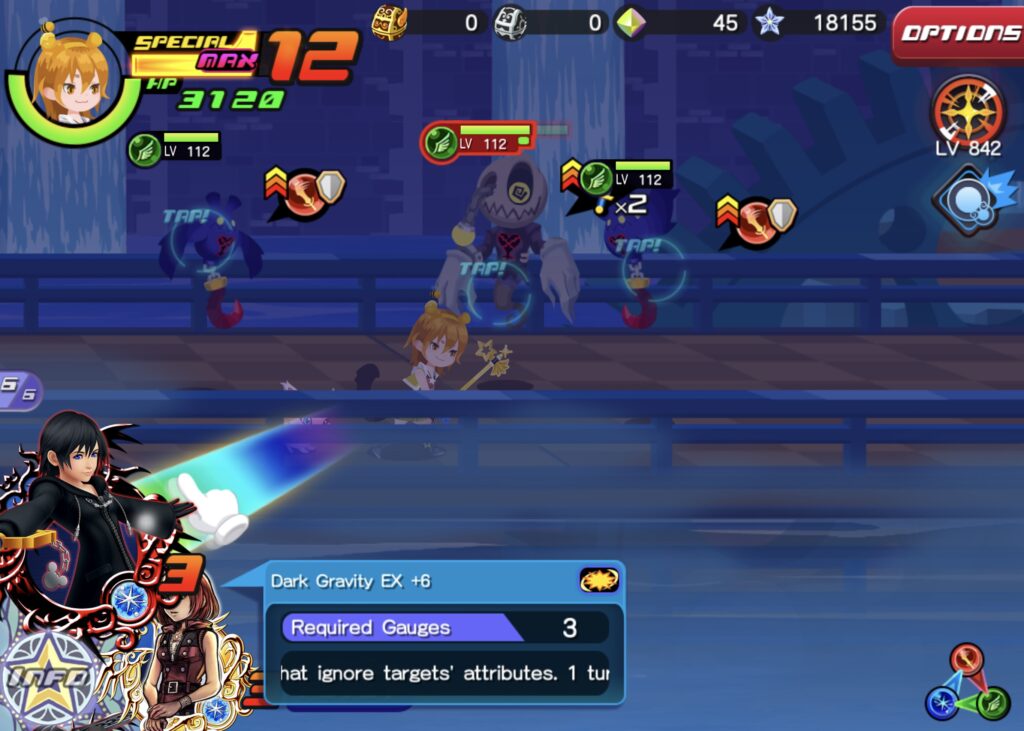 Each of these medals is based on either new or legacy art of various Disney, Final Fantasy, and Kingdom Hearts characters. It allows the collectible medals to feel that little bit more special since they can act as a gallery for official artwork released over the years, even featuring The World Ends With You and Kingdom Hearts manga adaptations. In saying that, as new medals have been released, balancing has become a problem.

The balance of the game has evolved in a way over time that has damaged early content and made it an admittedly tough sell for new players. The game launched with 200 quests and received large content batches of sometimes 50 quests in its early days before these were reduced to just 5 per update later on.

These would be quite well-balanced and enjoyable at the time of their release, building on the strengths of the rock-paper-scissors balancing of the battle system to make you think about load-outs and abilities. Even with many filler quests, it was fun.

Gradual power creep to account for PvP and to encourage spending through stronger models means that even one roll of the gacha gets a player enough medals to destroy the balance of the game until later missions. Bosses can be defeated in a single hit, and suddenly filler is an impeding roadblock on your journey. The ability to skip non-story missions negates this somewhat, meaning less than 1/6 of the first 200 chapters before story content gets interesting are required, which can be breezed through quickly. But it’s still annoying. 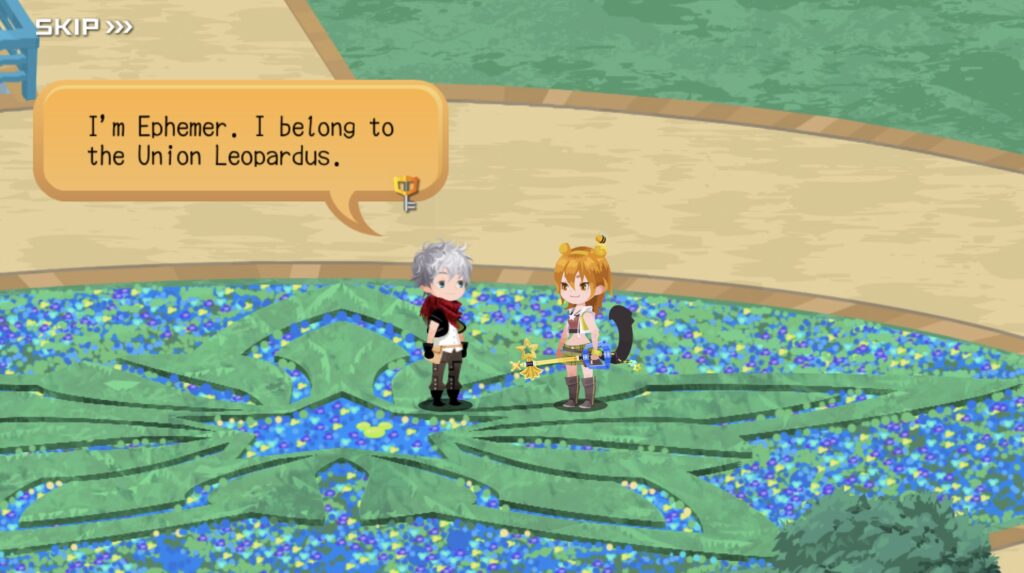 This is an undeniable black mark on the game, even if it does even out as the game develops. But the story is where the game shines, offering something for fans old and new, and once it kicks in, it develops at an intense and engaging pace. While it will be possible to simply view these stories in an offline version of the app set to be released at a later date, being involved in the story action makes it more satisfying.

Without stakes in the action, the personal characterization encouraged by avatar creation, building up your keyblade, and forming bonds with characters you fight alongside and against is lost.

The Foretellers are more representative figures than active participants in the story for large segments, and the characters are more active in the alternate-perspective χ Back Cover included in 2.8 Final Chapter Prologue on consoles, but their role is still important. You begin to care for your Union leader as you similarly form friendships with new characters like Strelitzia and fan-favorites like Ventus and Organization XIII members who join the cast over the game’s story.

The Unions were designed to create a rivalry that encouraged continued engagement, but it’s a rivalry that’s surprisingly well-integrated into the story.

Of course, this is not the only Kingdom Hearts experience in the Union χ mobile app. While I’ve noted my disappointment with Dark Road in the past, it has an interesting story, even if autoplay features hurt the game beyond that.

The argument that needs to be made, ultimately, is… why bother? There are video summaries online, and if an offline version where you can watch cutscenes is coming, should someone really start playing now? I would say yes. Interactivity designed into the game through Unions makes playing the game, as opposed to watching it, an enhancing element of the story that ties into the game’s overall themes.

The integration of Union χ elements into Kingdom Hearts III is a further example of this. Interaction’s place within this story is impactful in a way that a cutscene viewer or video summary can’t provide.

As a fan, it’s been a fun ride speculating what certain events will mean for the wider Kingdom Hearts story, and with Union χ coming to an end soon, how it ends after many years of buildup is exciting. As someone who has enjoyed the game over the years, I can say it’s worth experiencing it the way it was intended. Play the game before it’s too late.

Kingdom Hearts Union χ can be downloaded now for free on iOS and Android devices.