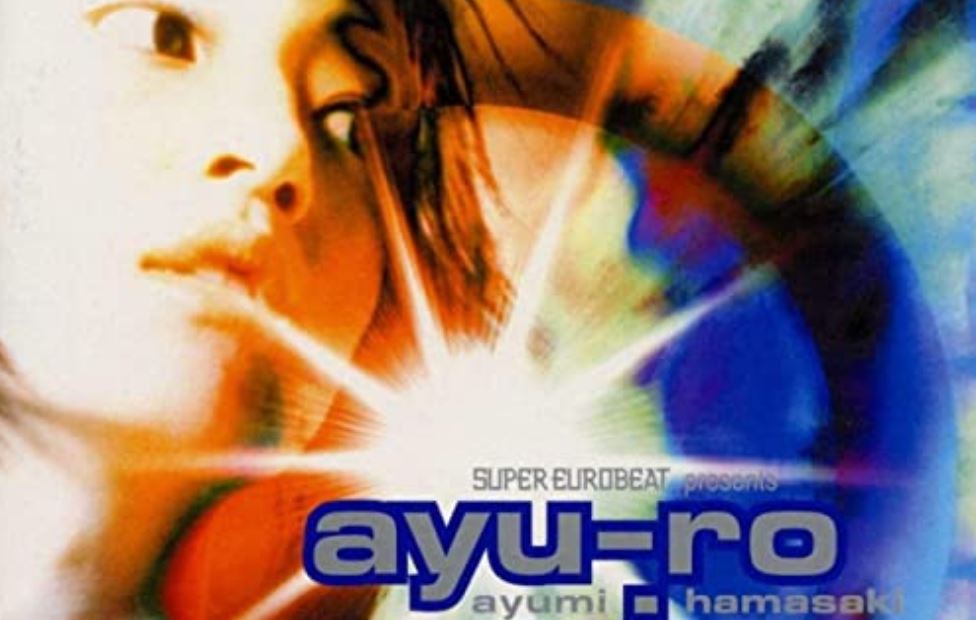 The turn of the Millennium marked a changing point in the Japanese Pop landscape. Now-legendary wonder-producers like Tetsuya Komuro (TM Network / Namie Amuro / globe) and Daisuke Asakura (T.M. Revolution / Access / The Gravitation Soundtrack) progressed the mainstream J-Pop sound past bubble-era jazz-fusion inspired City Poppery into European dance music (the original ‘eurobeat’) based and New Jack Swing twinged production. Proudly more synthetic, wearing the fact that DAW software had become more accessible than ever on its groups like Komuro’s TRF, it would popularize a new fusion sound ushering in the digital era.

Of course, these sounds seeped into the anime music of its time, giving us the like of the Megumi Hayashibara catalogue and Gundam Wing’s TWO-MIX. Discovered by Avex Group CEO and Eurobeat enthusiast Max Matsuura, Ayumi Hamasaki rode in on the tail end of the euro-dance music inspired 90s J-Pop wave to become the single best-selling Japanese singer of all time.

Ayumi Hamasaki released her first single with Avex in 1998. In 1999, she released two original albums and the first ‘Ayu-mix’ album. These three releases alone have netted Hamasaki and Avex a whopping 4,7 million album sales, with her quintessential album Loveppears selling more than 2,6 million on its own.

Clearly, Avex realized Ayumi would be a money-printing machine for years to come, and print money they did. By the end of 2001, she would have 10 different remix albums under her umbrella, crafted from just the three studio LPs she released in that time. If you aren’t already sure just from the fact that this article exists at all, the most notable of these remix albums ended up being her second: SUPER EUROBEAT Presents ayu-ro mix, one of the best Ayumi Hamasaki albums and Eurobeat collections both.

Released 16 February 2000, just about three months after Loveppears dropped, it gave Eurodance flare to tracks mostly from that album, though a few Eurobeated cuts from her first album A Song for ×× also make an appearance.

With so many remix albums, though, you might ask why this was the one…

Often remix albums turn out to be a mixed bag, or something with novelty value, but nothing you’d return to years later. Hopping out of J-Pop to cherry-pick an example, it was shocking and fun to see Fall Out Boy remix 100 gecs, but fans don’t speak nearly as positively about ‘The tree of clues’ as they do ‘1000 gecs’.

What separates ‘ayu-ro mix’ from most other remix albums broadly boils down to two things: An album-spanning creative vision, and all of it being produced by the same small group of people, The Super Eurobeat team.

‘Super Eurobeat’ isn’t just a fun phrase meaning ‘Eurobeat’, despite how the phrase sometimes gets used. It actually refers to the compilations put out on Avex, spear-headed by Eurobeat Pioneer Dave Rodgers. Being an official SUPER EUROBEAT (stylized all caps) production and not just a collection of Eurobeat style remixes, you had the best in the genre making the whole album. In addition to Dave Rodgers himself of course, you had the likes of Bratt Sinclaire and Laurent Newfield, responsible for producing all the Eurobeat bangers like ‘Space Boy‘, ‘No One Sleep In Tokyo‘, and of course ‘Running In The 90’s’, the song that Initial D popularized outside of Japan.

Like the Initial D anime, Ayumi Hamasaki’s Eurobeat project ended up being a playground for the best of SUPER EUROBEAT to run wild.

The officially titled ‘SUPER EUROBEAT Presents ayu-ro mix’ sold about 1,200,000 million copies, making it both the best-selling Japanese remix album ever and the 6th best-selling remix album of all time! Neck and neck with Paula Abdul, that sandwiches Ayumi Hamasaki and her SUPER EUROBEAT collaborators between Linkin Park’s Reanimation and Justin Bieber. The Big Leagues.

Whether this remix album was ultimately a cash-grab or a dream-project most likely headed up by the Eurobeat-loving Avex CEO, Hamasaki and the record label did right by reaching out and working with the official SUPER EUROBEAT league of producers to craft this series of loving remixes, that more or less go toe to toe with their originals across the board.

Remember though: much of the mainstream 90s Japanese Pop had been influenced by European club music of the past 15 years and that’s the sound Hamasaki started out with too. This kind of Eurobeat music was made by Europeans specifically for the Japanese market. It got producers from that world who also knew Japanese tastes to give their spin on a sound that evolved from their world to begin with, and it resulted in a real peanut-butter-meets-chocolate situation.

Some of the best cuts from ayu-ro mix have already been spliced into this article (and you should already be listening to those songs), but the sound of this perfect jumble of the most hallowed Japanese pop of 1999 and viciously sweet Eurobeat ear candy deserves further positive scrutiny. Take ‘Trust – A Eurobeat Mix‘, ‘A Song for ××‘ cut remixed by Sergio Dall’ora and Luca Degani, for example. They up ‘Trust’s‘ BPM to 150 to get a good thump going. After a lengthy intro that slowly introduces some moody melodies to build some hype, the duo lay down a tumbling barrage of a synthline that would slice any club clean in half. Ayumi Hamasaki cuts in with her trademark piercing vocals, with the SUPER EUROBEAT producers accenting her vocal lines with colorful stab bricks for added oomph. They ultimately culminate in ‘Trust’s‘ chorus, with additional sonic blares and blasting kicks that up the boogie factor, melding melting back into that hyperspeed lead.

This remix, and most others on the album, throws you into the practically mystic and lovingly digital sonics of 90s J-Pop and turns them into an all-consuming disco big enough for a teenager driving a Tofu Delivery Car to drift right through its dancefloor.

If you could hear old Fruits magazine cut-outs, ayu-ro mix is what they would sound like.

Ayu-ro mix would return in 2001, 2003, and 2011 with its second, third, and fourth installment respectively, though the last wasn’t presented by SUPER EUROBEAT and instead was a part of the greater Ayu-mi-x 7 collection of remix albums. The second collection still sees some involvement from Eurobeat legend Dave Rogers, and though more muted than the first, you couldn’t call it a bad listen. With the third Eurobeat collection being assembled after the 90s trend had completely cooled off, and the fourth coming out years after the fact, these don’t carry the same weight as the best of Ayumi Hamasaki’s remix works.

We think a fifth Hamasaki Eurobeat remix album is unlikely at this point, with declining sales and the best-selling artist not having released a regular full length since 2016. But with over 25 remix albums under her belt already… who can say! If we do get more, please get Dave Rogers and Bratt Sinclaire back in the mix!

You can stream SUPER EUROBEAT Presents ayu-ro mix, and a lot more Ayumi Hamasaki, on Spotify.