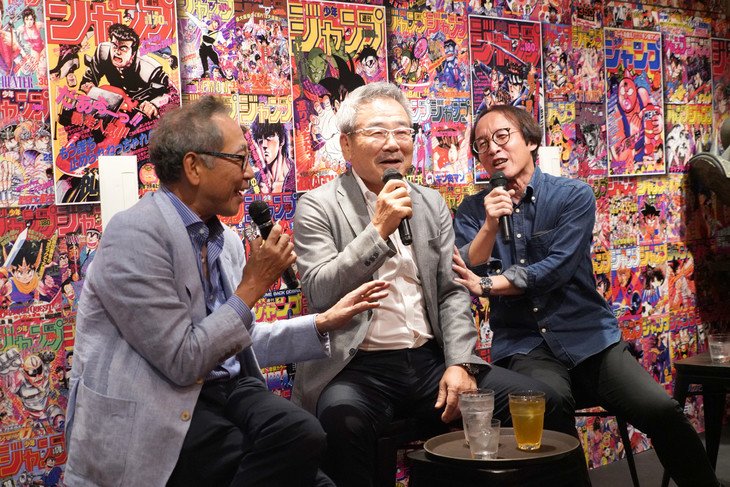 Ahead of the ‘Otona no Jump Sakaba’ Weekly Shonen Jump themed tavern’s grand opening on July 11, current Jump editor-in-chief Nakano Hiroyuki gathered with three previous generations of Jump chiefs for a special event on July 9, where they discussed the magazines’ long, illustrious history with some real revelations along the way.

Those present at the Otona no Jump Sakaba that night were Nakano Hiroyuki (EIC 2017-Present), who acted as MC for the event, along with Horie Nobuhiko (EIC 1993-1996), Ibaraki Masahiko (EIC 2003-2008) and Shueisha Managing Director Suzuki Haruhiko.

From this, it’s safe to say that some true legends were gathered in that room that night. These men were at the head of Jump during what some call the magazine’s golden age and helped produce the very manga that the Otona no Jump Sakaba is based on.

But when old men gather together, they almost always somehow end up reminiscing about the past. The past of these men as Jump chiefs, however, does offer up some interesting insights into the world of manga.

One such insight came when the editors revealed that there was an intense rivalry between the authors of Captain Tsubasa and Kinnikuman, Takahashi Youichi,       and Yudetamago when they were serialized together in Weekly Shonen Jump. This rivalry was made even more infuriating for Takahashi, as the matches in Captain Tsubasa would often take several months before the protagonist’s victory – which was the only point at which the series was able to beat out Kinnikuman and take the number one spot in the reader surveys.

Not one for avoiding controversy that night, Nakano Hiroyuki in his role as MC also offered up the question to the men of who the best Jump editor of all time might be. Horie himself was offered up by the other two, but the consensus seemed to settle on either Kazuhiko Torishima or Matsui Emoto, who both worked on Kinnikuman and Dragon Ball, because of their success in translating comedy writers and series into serious ones.

Another possible controversy came from a discussion of the famous Jump motto, ‘Friendship, effort, victory.’ According to Horie, the marketing team over at Shueisha merely manufactured the motto in response to the weekly reader surveys, meaning that the ‘spirit’ of Jump might not be so integral, after all.

Suzuki, in his role as Managing Director of Shueisha, also professed that he’d prefer another motto to be more accurate to the actual spirit of Jump, offering up either the suggestion of ‘Friendship, individuality, victory’ or ‘Friendship, backbone, victory’ – both of which definitely do fit the ethos of Jump to a tee. Not sure if I’d support a change, though. 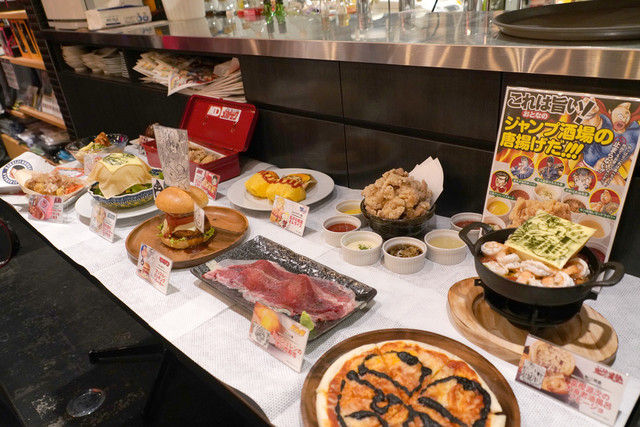 Nevertheless, to have so many important figures in the world of manga publication gathered by one place is truly a rare experience. The discussions between the current Weekly Shonen Champion editor-in-chief and the chiefs of the other weekly shonen magazines are perhaps the only thing that comes close.

This, in turn, highlights how important the Otona no Jump Sakaba is shaping up to be for celebrating the long history of Weekly Shonen Jump. Definitely don’t hesitate to check it out over the next year as it serves up 80s Jump manga-themed food and drink in Kabukicho. Please refer to the official website for more details.