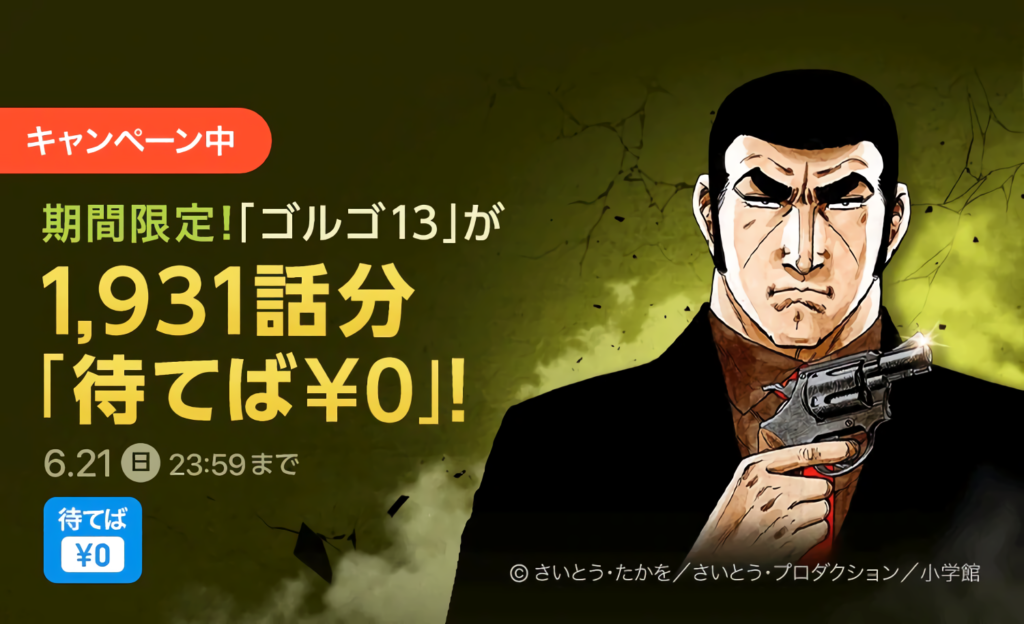 All 1931 (one thousand nine hundred and thirty one!) chapters of Golgo 13 are available to read for free via Kakao’s Piccoma web manga service, provided that you sign up for an account, until June 21.

The unprecedented volume of free Golgo 13 chapters comes as the series is on hiatus in Shogakukan’s Big Comic in order to prevent the spread of the Coronavirus within series creator Saito Takao’s production company, Saito Production. What is surprising is that this is the first time that the long-running series has ever taken a break since it began 52 years ago in 1968 – an impressive feat, to say the least.

If you’ve never come into contact with Golgo 13 before, then this batch of free chapters should offer you an opportunity to do so. The series follows the titular assassin Golgo 13 as he travels around the world carrying out various missions of murder and espionage. Most stories are episodic, meaning that you can jump in at the beginning of any story in any volume and not have to worry too much about not understanding what is going on. 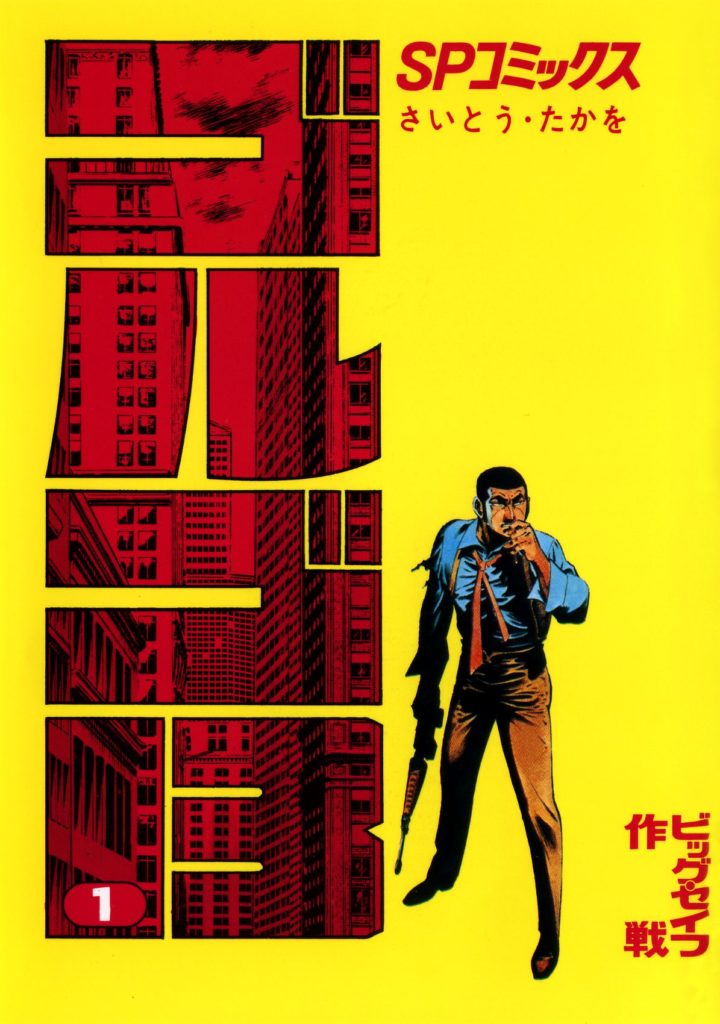 Golgo 13 has been adapted and featured many times in anime, manga, and games and is considered one of the manga industry’s most enduring icons, although the length of the original series can act as a barrier to some – in fact, it is the oldest series currently still in serialization. But rumours of a conclusion have been swirling for years now, which begs the question: could Coronavirus be what eventually finished off the legendary assassin?

Let’s hope not, as Saito Takao has said multiple times over the years that he has a firm ending in mind. Takao isn’t the only artist affected by Coronavirus, either, as Eiichiro Oda also recently had to put One Piece on break to deal with the transition to work from home practices and social distancing. Nevertheless, it is worth savoring Golgo 13 while we can – and these free chapters are the perfect way to do it.

You can read Golgo 13 until June 21 for free via Piccoma.