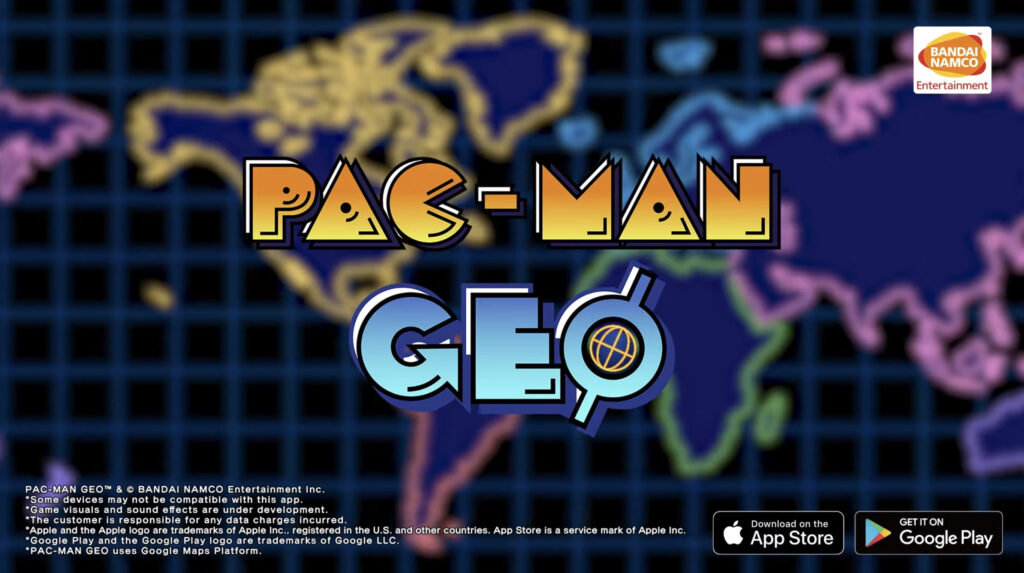 One of the more popular April Fool’s Day pranks from Google in recent years has been the ability to turn Google Maps into a giant PAC-MAN board, taking the character along familiar streets and using real roads as the tracks PAC-MAN can travel across. It was so popular the company chose to do it twice, and now the feature is back for good! Sort-of. Rather than being handled by Google, Bandai Namco Entertainment have released their own mobile application called PAC-MAN Geo, a new mobile game that turns the world around you into a PAC-MAN stage.

In PAC-MAN Geo, rather than simply wandering the world, sections of it can be transformed into PAC-MAN boards that function similar to the original board. By going off the edge you can spawn at the other side, for example, and this ensures workable maps without awkward dead-ends still exist and can be played through without difficulty. Through this, you can compete against others for high scores, too, with top scores winning limited-edition badges and more that can be displayed on your in-game profile for others to see.

Unlike other geo-location games like Pokemon GO you aren’t required to be in that location, which is probably a relief considering travel is rather difficult at the moment as a result of COVID-19. By doing so you can visit places like the Arc de Triomphe or Shibuya without having to be there in person, although you will have to run away from ghosts that likely wouldn’t be there if you visited these places in person. Still, you win some, you lose some.

As a more expanded version of a concept initially rooted in a Google Maps April Fool’s joke, PAC-MAN Geo looks to be an amusing way to play PAC-MAN using familiar locations, and another feather in a series of PAC-MAN 40th anniversary celebrations. The game is available now on both iOS and Android devices.