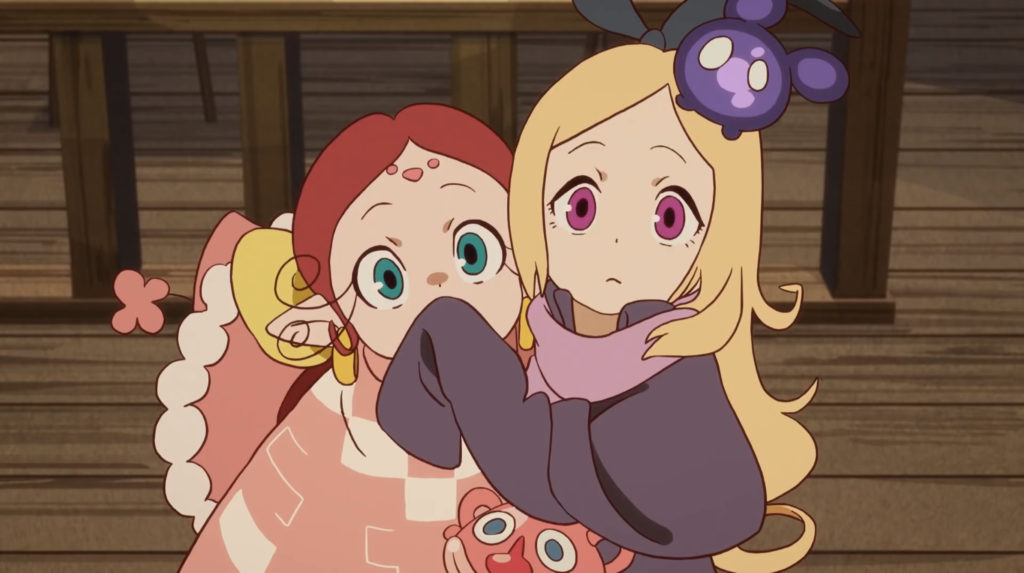 Leading up to its release on Friday, Pandora and Akubi, the new short film collaborative anime project between Tatsunoko Productions and XFlag’s mega-popular Monster Strike mobile game and anime was mostly grabbing headlines for its voice acting choices rather than its content. Even when we at Otaquest wrote about the film just over a month ago, we spoke about it from the perspective of the news that viral idol member of 22/7 Amaki Sally had been chosen to voice the character of Akubi. This is understandable in a sense, yet it’s also a bit of a shame since, having attended a special screening and stage show event which Sally Amaki, Mutsumi Tamura (the voice of Kanta) and director Soga Jun hosted while also being able to watch the movie for myself, there’s an enjoyable experience to be had for those who venture beyond the headlines to see it for themselves.

Even just a brief look beyond those aforementioned headlines reveals a fascinating project not just in execution but in concept as well. While Tatsunoko Productions are very much a known quantity thanks to their classic and well known characters and series like Yatterman and Speed Racer alongside recent experimental reboots like Gatchaman Crowds, XFlag are more of an unknown. Their success with Monster Strike allowed them to jump into anime production, producing an anime based on the game as well as Trigger’s upcoming Promare anime that is set to premiere next month, showing that they have the ambition required to fund and work on some exciting projects, even though they are yet to fully establish their name within the industry. You have the old guard in Tatsunoko Productions meeting the new generation in XFlag, each coming together to produce something new utilising their respective talents.

Not only are Tatsunoko Productions involved with this film, but multiple characters from many of their classic properties make either cameo or more involved appearances in this movie. As the promotional footage for the film showcased, you have Speed Racer himself, or Go Mifune, playing a role in the story, as is Doronjo from Yatterman, Akubi themselves is a genie who is summoned from a necklace whenever the wearer yawns from the 1969 anime Hakushon Daimao, and that’s just scratching the surface. Meanwhile, Pandora is a character from Monster Strike who we meet in this movie as she is pursuing the ‘fragments of disaster’ she accidentally set loose when opening a box she was specifically instructed never to open.

The film, running at just under an hour length, is the combination of two shorter stories, one set in the Wild West and another in a village condemned to a permanent Winter. At the point we meet with Pandora in the film she has already found the necklace with Akubi inside but has yet to summon them, and over the course of their two adventures capturing the fragments of disaster controlling a crime leader in the Wild West and causing the snowstorm enveloping a small village, they get to know one another, become close friends and begin to trust each other and bring the people around them closer together.

All in all, you have a talented vocal cast with two exciting companies in Tasunoko Productions and XFlag funding a unique short anime collaboration. The movie is the directoral debut for Soga Jun while other leads on the project like Ookura Keisuke are being given their first chance to head up a project with this film. Even the animation studio behind the film, Bakken Record, a subsidiary of Tatsunoko Productions, are a brand new studio being given their first chance to shine with this work. It’s an exciting chance to see a lot of new talent being given the chance to prove themselves on a smaller scale project with big-name characters which they’ve been given an opportunity to put their own take on.

But what are the results? Overall, pretty positive. 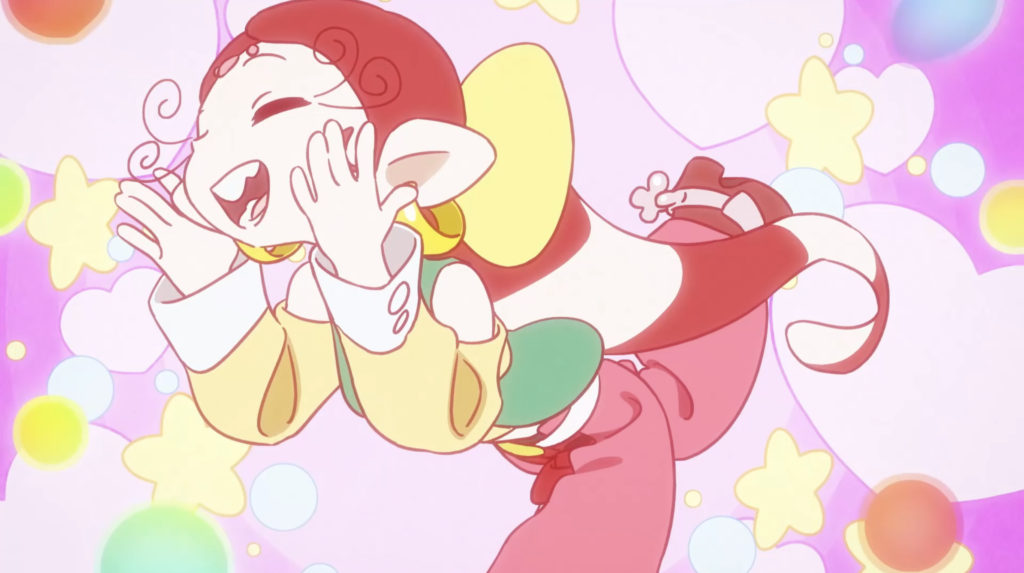 Although the fragments of disaster that Pandora and Akubi seeking having the power to destroy entire worlds, the stories being told here mostly ignore this and end up being deliberately more personal and low-key affairs. The first story, subtitled ‘The Shootout in the Wasteland’, tells the story of Doronjo and a group of outlaws she used to be a part of, while the second story, The Town of Spirits and Monsters, focuses on the story of Guzura as an outsider to the frozen village who fear him due to the fact he looks like a monster. While both require Pandora and Abuki to recover the lost fragments and there are large battles that take place in order to resolve this, the main thrust of each story is centred around these smaller-scale conflicts and the personal connections between people.

These connections are a central theme throughout this film. Doronjo’s past connections dog her present, and her present connections to Go Mifune prove to be a driving force for both characters, while Guzura’s desire to make friends with the village who fear him is his ultimate goal, and the friendship he forms with our main characters becoming the motivation he needs to push through the townspeople’s initial hostility. Such an approach requires a likeable cast of characters, and in that regard they have definitely succeeded. As fun as Pandora is as a character, with voice actor Ogura Yui putting in a splendid performance, it is Amaki Sally’s Akubi that steals the show here. I found myself instantly warming to their curious yet naive personality, and caring for the connection and interaction they share with Pandora. While being a fan of 22/7 as a group does make me a little biased in this regard, I admit, I think a character like Akubi is a perfect fit for Sally’s personality, helping to really sell the character to the audience. 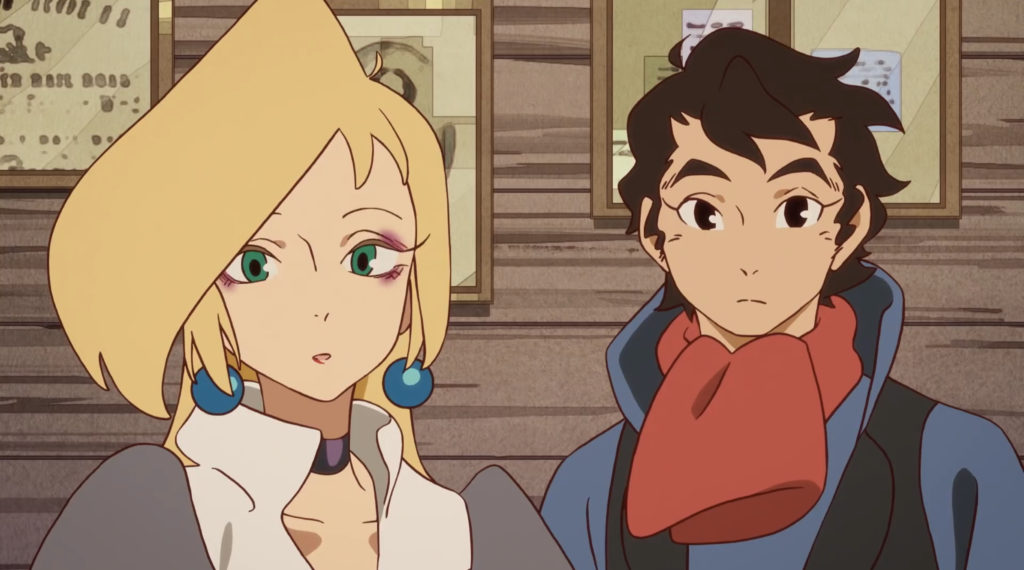 From their very first scene together, Pandora and Akubi are genuinely funny and charming characters who you can instantly root for. My lack of familiarity with either series they originate from never hindered my understanding of their motivations either. In fact, it was their development as people and friends over this brief time with them that kept me invested, and perhaps knowing less of their legacy stopped me from comparing their interpretation here to their historical representations.

While I really do appreciate this more intimate focus, it is not by any means perfect. For all Pandora’s (and in turn Akubi’s) purpose is to find these fragments of disaster, these fragments remain mostly irrelevant aside from the final battles at the end of these two stories. While they allow for some impressively-animated final set-pieces, the existence of these fragments mostly distracts from the human core of each story. While this can’t exactly be removed from the film (it is a crossover with Monster Strike, after all, and Pandora’s character in those games is trying to seek out these fragments), it could have been handled better and integrated in a way that didn’t distract from the human stories that they clearly wanted to tell more.

Animation quality is no better than a standard TV anime, too, with many static spoken shots, events occurring off screen and wide shots being utilised to save on animation. While it is nice to see a relatively inexperienced staff with some experienced heads being trusted with a new and wholly original project on the one hand, on the other, you can see that the status of this as a shorter film with such a limited release (the EJ Anime Theatre in Shinjuku where I saw the film is the only cinema in all of Japan currently showing this movie, with only 4 more cinemas showing this film starting next week) contributed to a limited budget, making this an unfortunate necessity. At the very least, the pastel, bright colour palette of the film helps make even these static scenes look exciting and really helps bring the world and characters to life. It also helps that you can’t have environments any more different than the Wild West and a snowy wilderness, ensuring that there isn’t much visual repetition.

As this review perhaps suggests, I don’t have too many issues with Pandora and Akubi in its current state. And yet, while I definitely think it’s a good film you wouldn’t regret spending time with, I’m not sure it’s a great film. It lacks any real issues, but it also lacks the spark needed to make it a must-watch. It’s cute, it’s fun, but it’s not doing any one thing so spectacularly that makes it something you should go out of your way to watch. 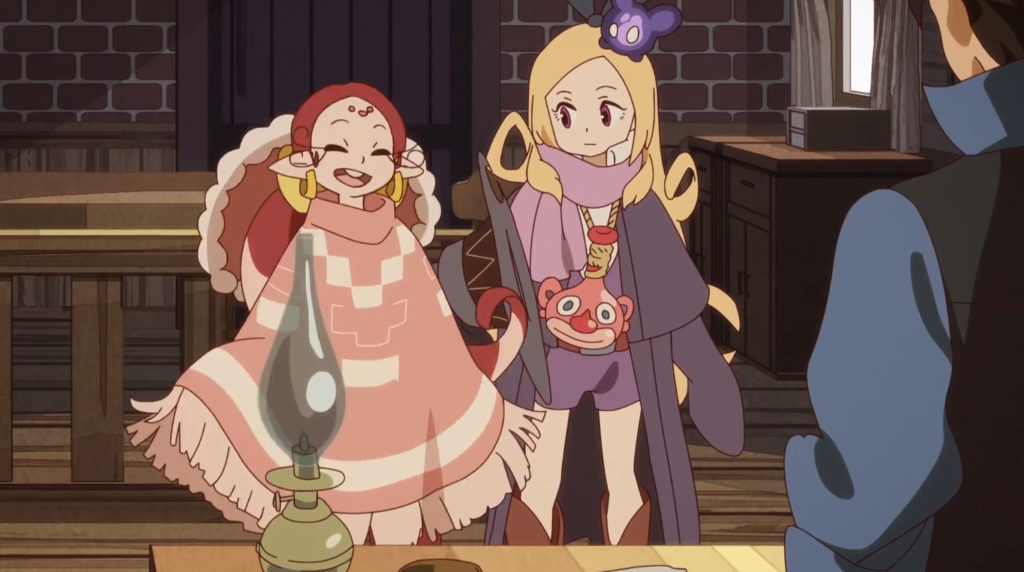 All in all, though, I don’t regret taking time out to see this, though. In fact, I would love to see them develop this into a full TV anime or web series. The crossover means that, even with the utilisation of all these characters in the space of just one hour, so many other Tatsunoko characters have yet to be introduced into this concept. I want to see them explore more worlds and meet more people. Having more time would also help to iron out the issues I stated here, allowing for some time to be spent focusing on Pandora’s mission to make the battles that occur feel like more than (pretty) distractions from quality time with the characters. The rather open ending leaves the door open for them to go down this root, and I would be happy if this was used as a pilot for a full series based on this concept.

I feel like the talent behind this film will be worth keeping an eye on over the next few years. Even if I can’t recommend this movie as essential viewing, it’s still a fun watch with lots of ideas crammed into a short runtime. You can feel the passion the staff had for this project in every frame of animation. If you end up in Tokyo over the next few weeks, or happen to live next to one of the other cinemas dotted around Japan that will be showing this film starting from next week, maybe give this film a chance. I feel you won’t regret it.

Pandora and Akubi is now showing in the EJ Anime Theatre in Shinjuku, and will show at a further 4 theatres in Japan on April 12th. You can find more details at the Pandora and Akubi official website.