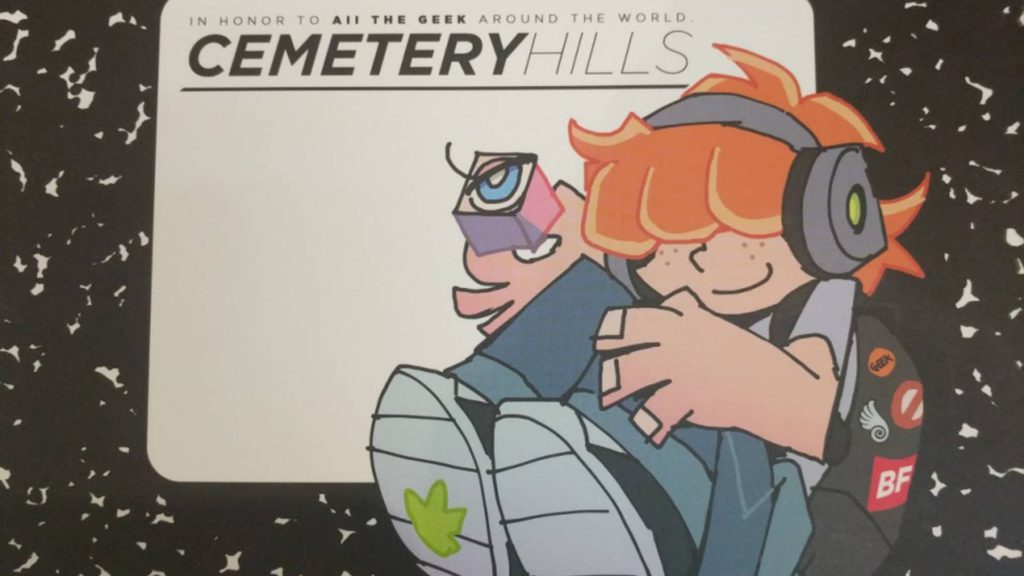 When it comes to anime that needs to make a return, there’s nothing that comes to mind faster than Gainax’s outrageously risqué “Panty & Stocking with Garterbelt” series. It was flashy, stylistic, and had an entire 23 episode run; but that wasn’t enough to satisfy the desires of a whole audience, and it turns out it might not have even been enough to meet the desires of series concept planner Hiromi Wakabayashi either. With an ending like that, how could it be left there anyway? That’s where Wakabayashi’s latest doujin series, “Cemetery Hills” comes into play.

For years now there’s been a string of confusion surrounding the second season of “Panty & Stocking with Garterbelt.” Is it ever going to happen? Was it just a hoax all along? What will happen now that most of the series’ staff jumped from Gainax to TRIGGER, all while the former still owns the rights to the series? Ultimately, there are an entire plethora of unanswered questions. It turns out that Hiromi Wakabayashi was working on this all along, however, and as of right now, “Cemetery Hills”  seems to be his best answer.

Spoilers for those who haven’t finished “Panty & Stocking with Garterbelt” below.

Do you remember the ending to “Panty & Stocking with Garterbelt” where we find out that Stocking is a demon, right after she proceeded to cut Panty into a million tiny pieces? Well, that’s where we find the story of “Cemetery Hills” kicking off. If you’ve never heard of “Cemetery Hills,” I really can’t blame you. It was a Comiket-exclusive release which is unlikely ever to be made available elsewhere. But contained within the pages of this doujin might just happen to be the continuation of the “Panty & Stocking with Garterbelt” story everyone has been so desperately waiting for all this time.

We open with our story protagonist Briefers Rock — referred to throughout by his pet name Geekboy — and Chuck as they begin their journey to Oten City in an attempt to gather all the scattered pieces of Panty. Throughout their adventure, they face a series of challenges that eventually lead to them rebuilding Panty and defeating Stocking’s ghost, and that’s all just within the first episode, “Geekboy Homecoming.” Though it may not be the anime format we’re all used to, the doujin illustrated novel format allows for a new angle of creativity. Filled to the brim with the same signature charm that made “Panty & Stocking with Garterbelt” so great in the first place, “Cemetery Hill”  is a legitimate rush and a physical, tangible glance into the second season we’ve been waiting to get our hands on for so long. It’s unfortunate that it’ll be so difficult for the vast majority to own a copy of their own unless they just so happen to luck out on an online auction, but if that’s what it took to make this a reality, then it’s a more than reasonable compromise.

What are your thoughts, did you know that the “Cemetery Hills” doujin even existed? If you did happen to get your hands on a copy, how did you feel about it? I can only dream that we’ll some day be able to see this on our screens in anime format, but for now, we’ll just have to compromise. If you’re interested in checking out more of Hiromi Wakabayashi’s works, you can find him on Twitter.