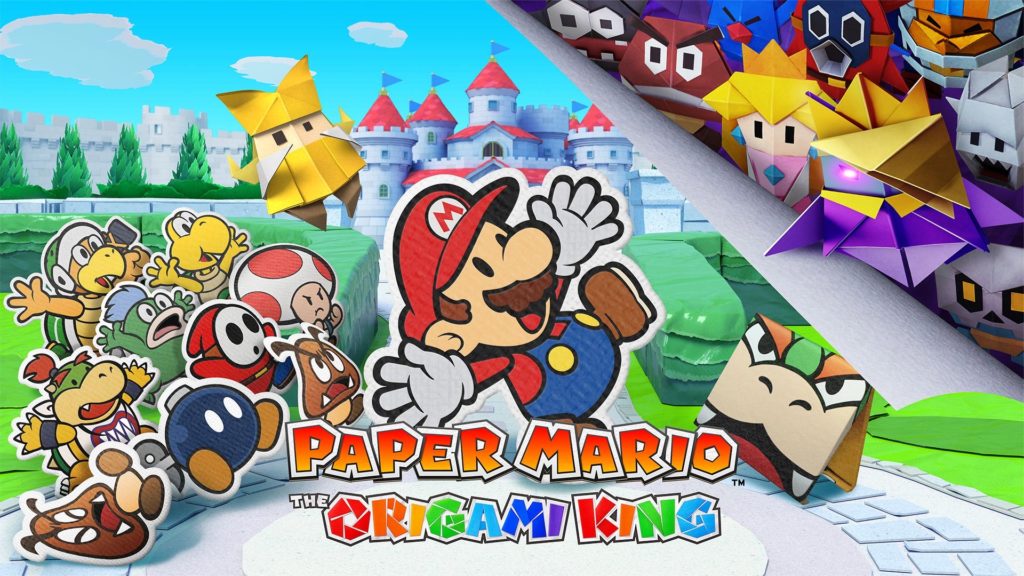 The Paper Mario series has gone through some rough times of late, with recent entries being relative sales successes while being games that hardcore fans of the series have criticised from straying from the Mario spin off’s RPG roots. Rumors have been circulating that the series could not only make a re-appearance on Nintendo Switch but see a return to the origins of the series, and with the announcement of Paper Mario: The Origami King on Nintendo Switch, it looks like those rumors have proven to be correct.

Rather suddenly dropped onto Twitter without any prior warning, Paper Mario: The Origami King looks set to be the first title in the Paper Mario series for the Nintendo Switch when it releases in just 2 months time. In the world of the Mushroom Kingdom, an invasion by the Origami King has seen all the paper characters of the world transformed into origami slaves by King Olly and his army of Folded Soldiers. In order to save Princess Peach and the Kingdom, Mario sets out on a journey with a new parter called Olivia, Bowser Jr. and more.

The games mixes a visually-stunning open-world environment made entirely of paper with gameplay seemingly more reminiscent of The Thousand Year Door on GameCube than more recent entries. This has been iterated upon in the form of a rising battle system which mixes some light puzzle elements in order to line up enemies for maximum damage, but is mostly reminiscent of this title in other areas.

A rather pleasant surprise to see announced out of the blue, Paper Mario: The Origami King is set to release on Nintendo Switch on July 17th, and you can find out more over on Nintendo’s official website. Between Mario clothing from Uniqlo and Levis, as well as a LEGO set, this 35th anniversary looks set to be a big one for the mustachioed plumber!