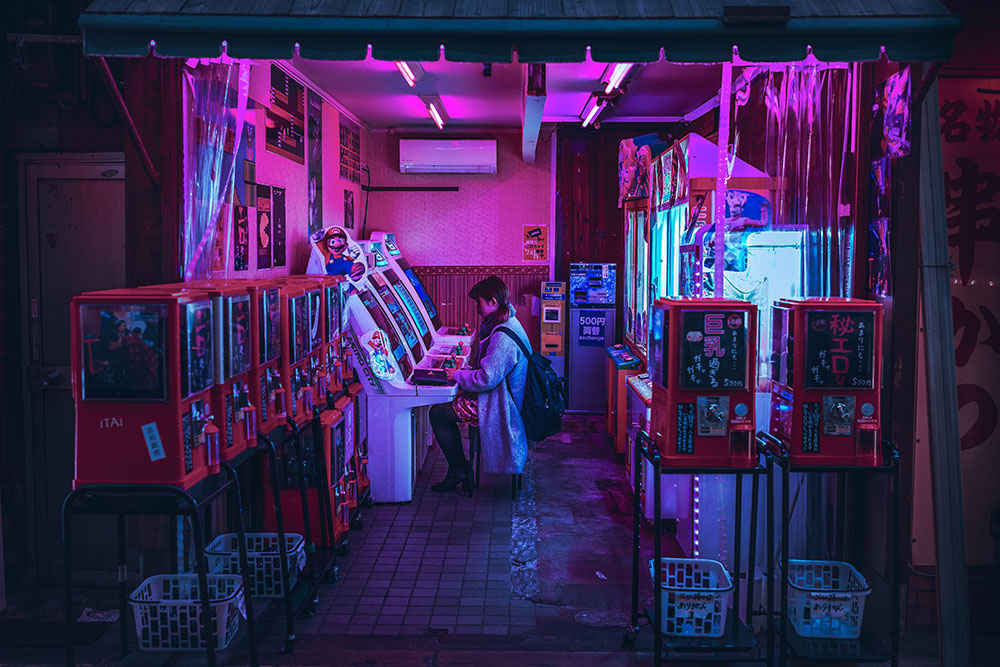 PARK Harajuku has seen a slight change of landscape over the last several months. Still specializing as an off-the-beaten-path boutique store filled with some of my favorite creators’ works, we’ve seen an expansion in in-store galleries taking place there. Often working together with a wide-array of illustrators, this weekend’s announcement marks something new. Photographer Victor Gonzalez, perhaps better known online as Frame of Travel, is no stranger to OTAQUEST. For the majority of our team, he’s our go-to guy when we need incredible photography or videography, and he’s definitely been a day-one supporter of everything we do. But on the side, Victor has been working on his own project for the past several months. Dubbed “TOKENS OF GAME ZEN”, Victor, a long time arcade fanatic, has been traveling across Japan capturing some of the most iconic arcades in the nation.

Cats out of the bag!
I will be having my first ever gallery, titled 「Tokens of Game Zen」at PARK Harajuku from April 5th to the 22nd!

It would mean the world to me if you could like/reshare and hopefully visit anytime during these dates!#arcade #gaming#photography https://t.co/Ie7cZWEBMK

Taking place at PARK Harajuku from April 5 through April 22, “TOKENS OF GAME ZEN” is a multi-national appreciation of arcade gaming history. You’d be hard-pressed finding many as knowledgable as Victor when it comes to arcades in Japan, but coupling that knowledge with his talent behind a camera, that’s where the “zen” comes into play. While this is PARK Harajuku’s first photography gallery, expanding their horizons on what the boutique can offer, this is also Victor’s first gallery since he began freelance photography back in 2012 following his initial move to Japan. His pictures speak for themselves, but there really is a whole other level of surrealism to everything he captures.

I know I’ll definitely be making my way over to PARK Harajuku at some point to check out the gallery, if not on its opening day. With free entrance to the general public, those interested in checking out further information on Victor Gonzalez’ “TOKENS OF GAME ZEN” exhibition can head over to PARK Harajuku’s official website.