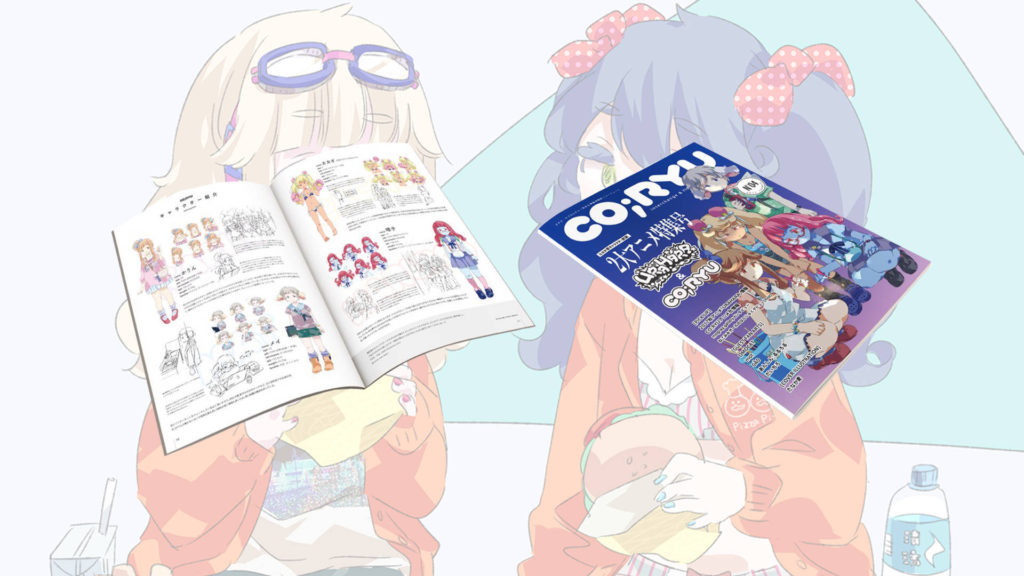 Two of my favorite internet-age fashion brands are finally colliding, and it all starts with the upcoming release of a collaborative t-shirt from the team at PARK Harajuku and OMOCAT. For what it’s worth, this could possibly be the Comiket that I’ve been waiting for all my life, and it’s thanks to the independent creatives that make it all possible. Alongside the collaborative work with OMOCAT, PARK’s parent group UNITwww will also be releasing their independent creator-driven magazine CO;RYU which aims to highlight up and coming illustrators and creators to a wider audience.

Let’s take a look at this all one at a time; first up we’ve got the dream team collaborative efforts of PARK and OMOCAT who have joined forces to create a gorgeous limited-edition t-shirt which celebrates the mascots of PARK, who also happen to be the heroines of our highly-anticipated anime series “URAHARA” — a co-production by the teams at Crunchyroll and BilliBilli. It’ll be available in four colorways, and will be sold at Oplant’s both during day three of Summer Comiket this weekend. You can check out a preview of the shirt below: Alongside the release of this adorable t-shirt is a legitimate testimony to PARK’s dedication to independent artists; if you’re not familiar with their doujin magazine CO;RYU, let me introduce you. CO;RYU is a Japanese-language magazine that exists with the unique goal of bridging smaller artists to a wider audience through small-form interviews and discussions. Its name itself actually holds a significant amount of meaning to its purpose, with the “Co” bringing forward the ideology of collaboration, and “Coryu” itself actually giving off the meaning of exchange in Japanese. Their latest volume is set to also be available at the Oplant booth on day three of Summer Comiket, and will include a whole bunch of exclusive goodies, with a heavy focus on the upcoming “URAHARA” anime series. You’ll also be able to get your hands on an incredible original illustration book by Tanaka Mugi, which showcases a massive collection of her illustrations from between 2011 ~ 2017. It’s fully translated into native English, and features over 150 pieces on full color A5 paper. You can check out a quick little snippet of that below: If you’re interested in checking out any of the happenings at the event, be sure to take a look at the official webpage with further details, here. We’ll be at Tokyo Big Sight over the weekend taking in the happenings and reporting on it all, as well as picking up a bit of merchandise for ourselves.