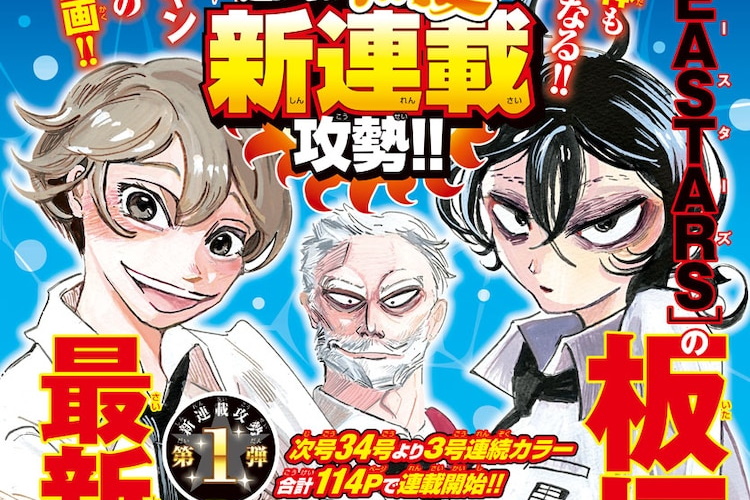 Paru Itagaki is launching a new manga titled SANDA in next week’s issue of Weekly Shonen Champion, cementing her pivot towards humanoid storytelling.

Although Itagaki is known for BEASTARS, her award-winning series about anthropomorphic animals, she recently penned a short manga for Manga Goraku by the name of Botabota. Following the story of a woman with an unusual affliction, it was notable as the first time that Itagaki had ever drawn humanoid characters in a major publication. That being said, BEAST COMPLEX was also in serialization at around the same time, providing animal fans with their anthropomorphic fix.

If you were hoping that Paru Itagaki might return to the world of anthropomorphic animals for a new series sometime in the near future, though, you may be disappointed. SANDA appears to be a fully fledged serialization for Weekly Shonen Champion instead of a limited-time thing, debuting alongside three others over the coming weeks. It takes place in the ‘near future,’ where the birth rate has decreased considerably.

Not much else can be gleaned from the synopsis, so all that remains is for us to gaze at the character designs. Anyone who has yet to check out Botabota may be surprised at how well Itagaki can turn her hand to humans, but that is precisely why SANDA is so exciting: her new series may show off the extent of Paru Itagaki’s artistic evolution in a more mainstream publication.

SANDA will start in next week’s issue of Weekly Shonen Champion with a total of 114 pages.