Patlabor: What Is It and in What Order Should I Watch the Anime?

The Patlabor (Patrol Labor) Japanese science fiction media franchise was created in 1988 by Headgear, a group comprising manga artist Masami Yuki, anime director Mamoru Oshii, screenwriter Kazunori Ito, mecha designer Yutaka Izubuchi, and character designer Akemi Takada. It is set in the near future, 1998-2002, and follows a police squad fighting crime with their giant robots. The Patlabor anime brings a refreshing take to the mecha genre due to how rooted the series is in reality.

However, the show struggled to gain a wider audience because of the widespread popularity of the Gundam franchise at the time. And with Patlabor having a manga, a TV series, two OVA series, three feature-length movies, two light novel series, and a short film compilation, named Minipatom, it might seem a little confusing to follow at first. So, what is Patlabor and in what order should you watch the anime series and movies? 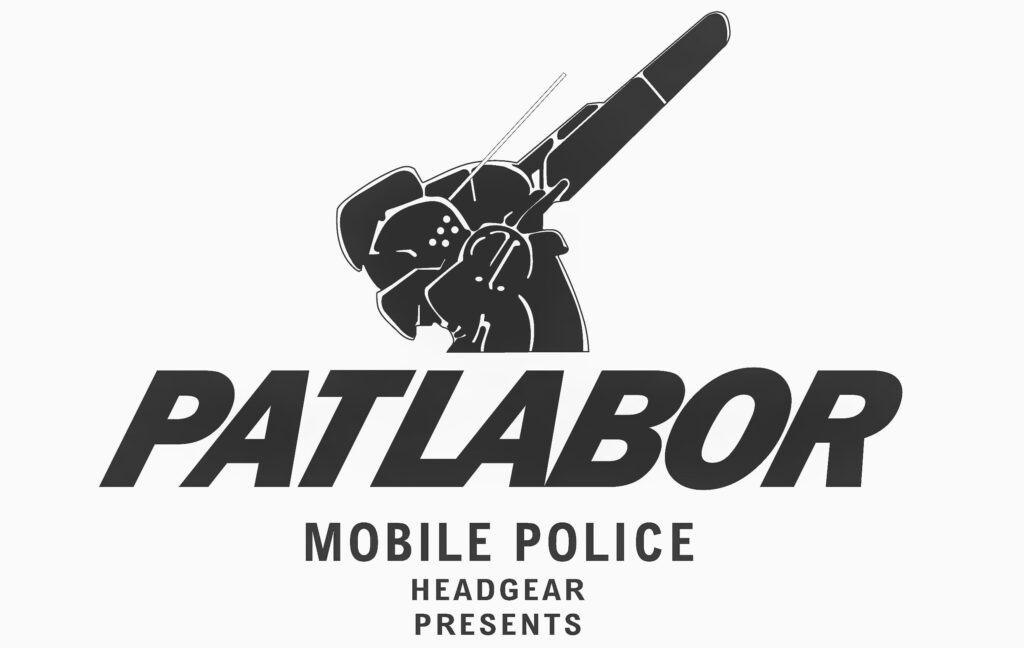 What is Patlabor About?

Patlabor follows the Tokyo Metropolitan Police’s Special Vehicle Section 2, Division 2 Squad as they use their Patlabors to fight crime. The series main protagonist is the squad’s newest cadet, Noa Izumi, but the rest of her squad also plays a big role in the series.

This show is not only a comedic mecha slice of life series, but it also has various political and technological undertones. The show comments on the issues that mechas would give society in terms of eco-terrorism, everyday crime, and the demand for manual labor with a lot of religious symbolism.

It also commented on the changes Japan faced during its economic boom while keeping its comedic charm.

How Popular Is the Patlabor Anime?

Patlabor is very popular in Japan and had a limited time pop-up store in Shibuya for its 30th anniversary in 2019. In 2020, it was re-visited by a Western audience because of this celebration, but new fans have a lot to catch up on. In the past 30 years, the series has had a series of reboots, films, and anime. A unique tidbit about this series is that it’s divided into three different timelines: manga, movie, and TV. 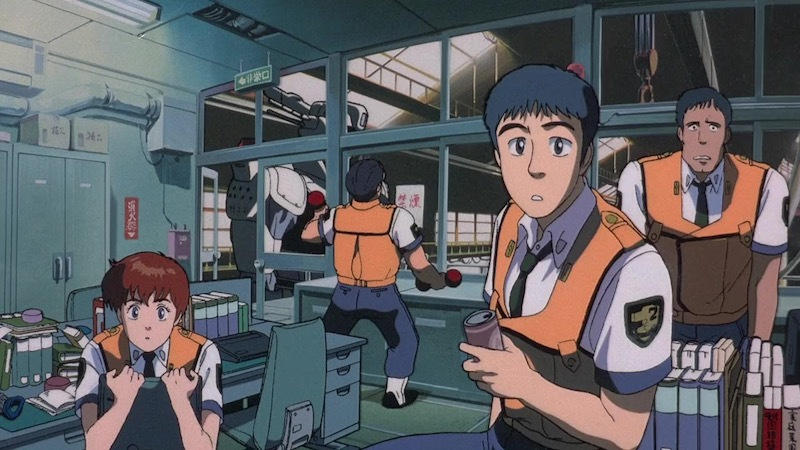 The first entry in the movie timeline is a 70-episode OVA series that first aired in 1988. The series served as a way to introduce the members of Tokyo Metropolitan Police’s (TMP) Special Vehicle (SV) Sections. It also set the tone for future adaptations, which lets the audience know what they’re going to get from this show.

This second entry is set in 1999 in where Tokyo is in the midst of a giant re-development that leads to the destruction of suburbs and the creation of man-made islands. Trouble starts when Labors start to malfunction and TMP SV2 is sent out to return the units. The team soon discovers that the Labors were installed with a new operating system (OS) that causes them to activate around low frequencies.

The OS is laced with a virus that is coded for the destruction of Tokyo. To make matters worse, a typhoon is expected to hit Tokyo in two days, which will add on to the destruction. The TMP SV2 must now race against the clock to stop the virus from taking over the Labors and destroying Tokyo.

The third entry is set in 2002, three years after the events of the first film. A missile destroys Yokohama Bay Bridge, and in response, the military begins to take over Tokyo. The military blames the air force, and this starts a civil war that makes Tokyo a battlefield.

The original cast has either retired or moved to a different position within the MPD, but the members reunite to catch the person responsible for these terrorist attacks and put an end to the battle.

This fourth entry is set in between the events of the first and second film. This film is a side story and does not feature the main cast in the spotlight. In 2000, a string of attacks against Labors sends two detectives to investigate with the help of some of the members in SV2.

The group discovers the existence of a biological weapon program called Wasted XIII and how it’s related to the American military and the Japanese Army.

The most recent addition to the movie timeline is the 7 live-action films. These films are set in 2013 and feature an entirely new cast of characters. Due to a recession, the TMP has had to make cuts, so SV2 is dangling by a thread. The world has moved on from the use of the Labors; however, the team does what they can to help with the little they have left. 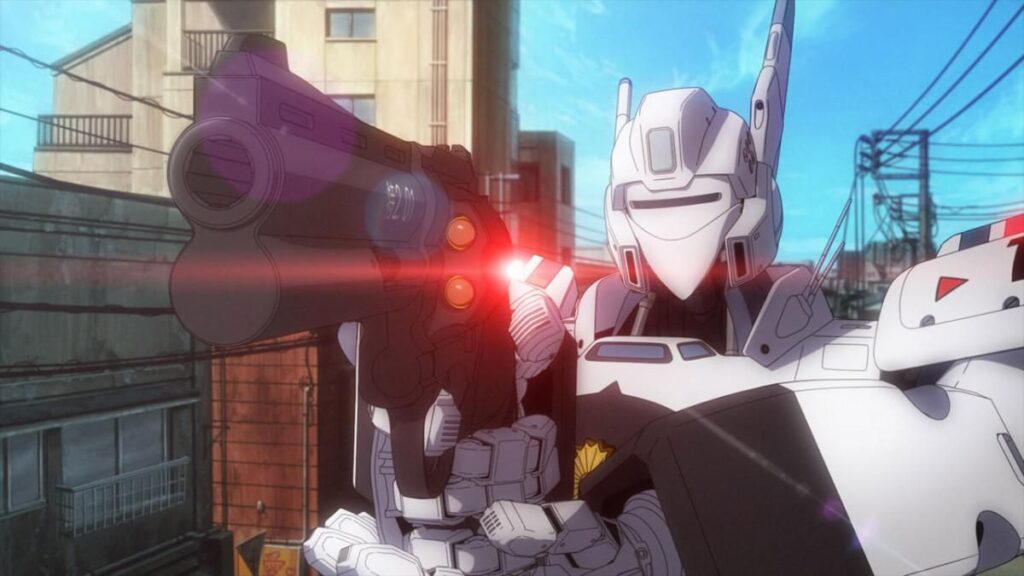 After seeing the success of the 7-episode OVA, a full length 47 episode anime series was developed for the show that is based on the manga in 1988. The series follows Noa and the members of SV2 as they investigate suspicious activities in Tokyo. This leads them to showdowns between phantom Labors, kidnappers, and terrorists.

The sequel to the original series aired in 1990 and the 16 episode series doesn’t follow a plot. It’s more of a series of episodes that happened in between the events of the previous show. However, an episode of the series does show the conclusion to one of the unresolved story arcs in the original show.

What Makes Patlabor an Underrated Anime?

In the West, the series was severely underrated, most likely because the Gundam series was the mecha anime to watch during this time. While Patlabor was rooted in reality, Gundam offered audiences larger-than-life characters and space battles, which made it hard for audiences to be interested in Patlabor. However, that didn’t stop Patlabor from gaining a cult following in the West.

What Makes the Patlabor Anime Stand Out?

There are a lot of things that make Patlabor stand out from the other mecha shows in the late 80s in terms of plot and action, but the show does a lot of things that were not usually done in the genre. It focuses more on the workplace relationships between the cast and the dedication the members of the police force had to their jobs.

However, the major difference to other series of the 80s was the fact that the main protagonist of the Patlabor anime is Noa, a policewoman who is obsessed with her mecha and pretends she is a character in the Gundam franchise, which leads her to be a chaotic pilot that the MPD mechanics don’t appreciate.

Where Can I Watch Patlabor?

Check out the adventures of the MPD SV2 in the Patlabor anime on HiDive and VRV.