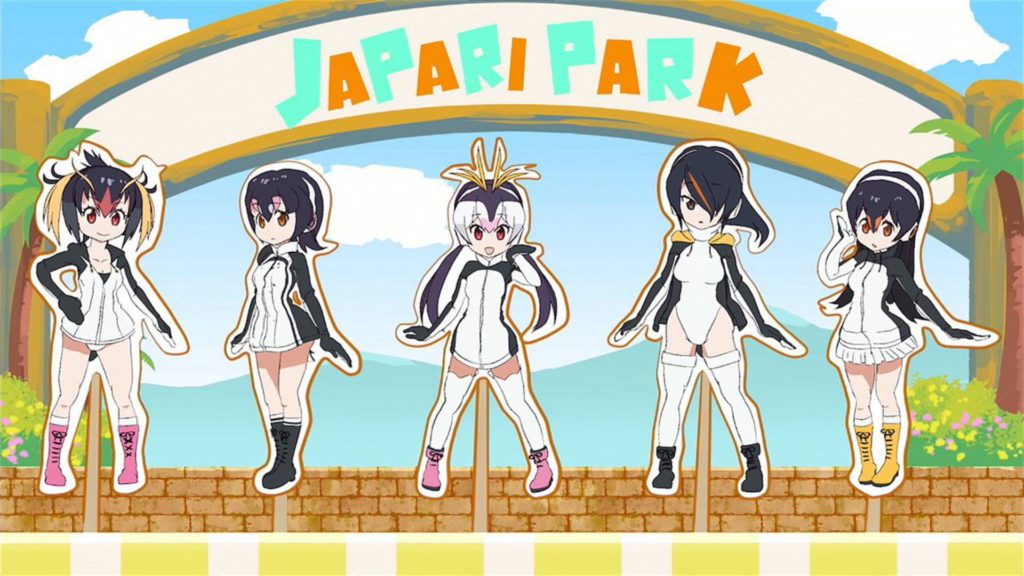 What do you get when you gather a Rockhopper Penguin, an Emperor Penguin, a Humboldt Penguin, a Gentoo Penguin, and a Royal Penguin all in one park? A full idol unit of course! The five-member group brought huge amounts of charm to Kemono Friends when it aired last Winter season, as they, of course, lent their talents to the show’s infectiously catching opening theme, “Welcome to Japari Park.” Throughout the anime, we got just a small taste of each individual member’s personalities and even heard a full-length song with “Oozora Dreamer” in episode 8 of the show where they made their on-stage debut. We’re incredibly excited now to detail that Penguin Performance Project, or “PPP” for short, are making their record debut with an album titled “PPP in the Sky”! Quite appropriately, the album is dropping on April 25, which just so happens to be World Penguin Day. Let’s meet the members, shall we? Beginning from the top left, we have Iwabi, a Rockhopper Penguin voiced by Aina Aiba. To the right of her in the photo is Koutei, and Emperor Penguin brought to life by Ruka Nemoto. At the bottom left is Humboldt Penguin Hululu, voiced by Ikuko Chikuta. To the right of her Gen, the Gentoo Penguin! She’s voiced by Kyouka Tamura. Finally, we have Princess the Royal Penguin, played by Mikoi Sasaki. The CD jacket for the upcoming release features all of the PPP members aboard one tiny airborne object. The CD has a number of special promotions surrounding its release. Seen above are some goods featuring the handwriting from a random unit member. You’ll be able to receive one of these “PPP Platinum Tickets” if you preorder the CD from any animate shop in Japan. There will also be a first run edition of the CD which will include a bonus disc featuring a solo version of “Welcome to Japari Park” by each unit member. It will also include an admission ticket to a meet and greet event, the date of which will be announced in the future.

Finally, here are all the details you need.

The CD will have an April 25 (World Penguin Day!) release in stores, with a same-day release for iTunes and other online music streaming services. Which member of PPP will you be cheering on in their newfound career?

‘Kemono Friends’ Has Been Recreated in ‘Everybody’s Golf’