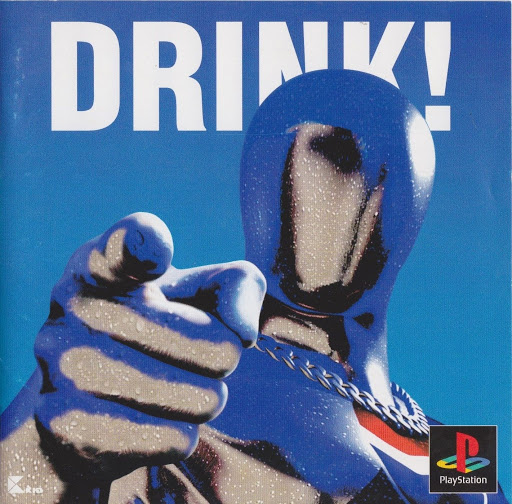 As video games have evolved more as a medium, so has the induction and collaboration of commercial elements. At this point, nearly all examples can be found through the pop culture machine that is Fortnite, which has included giant events with major films, based dances off J-Pop stars, and included clothing inspired by genuine product brands such as Nike.

In regards to that last one, it’s not entirely uncommon to see ads or collaborations for products in video games anymore. Sports games advertise athlete-affiliated brands and even Death Stranding has real-life brands within the game.

An older and important example was in 1999 with the Japan-only release of a PlayStation video game based on the Japanese mascot for Pepsi, appropriately known as Pepsiman.

While there isn’t a mascot for the iconic soda brand in most places, there was one created for Japan. Clad in a skin-tight costume that was based on whichever Pepsi can style was popular at the time, he’d appear whenever someone was in dire need of refreshments.

This usually involved sticking his hand out and revealing his gaping mouth like an eldritch horror as a wave of soda covers the screen, but by the end of it, the people had precious Pepsi in their hands.

From Commercial to PS1 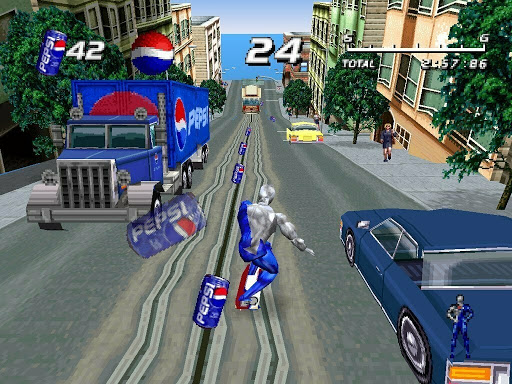 Gameplay-wise it’s pretty simple. You control Pepsiman in an on-rails manner as you continuously run forward (or backward on some stages) towards your goal, dodging pitfalls, construction workers, random furniture, and all manners of other environmental hazards you can find within each setting.

As if to make up for the game’s short length, the difficulty spikes up after the first stage and it fully embraces memorization of the stages as hazards appear one after the other and requires the player to respond as quickly as their reflexes allow them to.

There are also full-motion videos in-between the completion of each stage with an American actor playing a stereotypical American character drinking an unnecessarily high volume of Pepsi while eating junk food and yelling random Pepsi slogans.

If that isn’t enough advertisement for you, the final stage takes place in Pepsi City with almost every texture covered with the Pepsi logo. Add on the Pepsiman theme playing in the background in various tones, and you’ve got yourself a playable commercial. 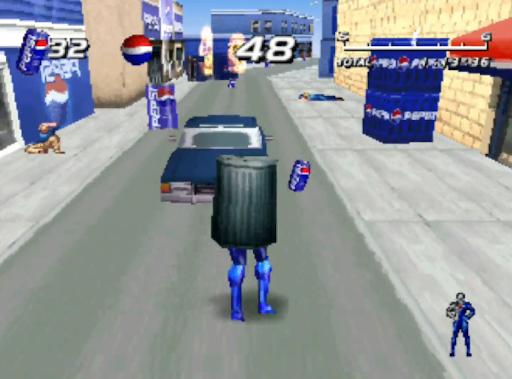 This is one of those games that became more well-known thanks to the internet. Pepsiman was certainly known by some, but it never achieved more than that as it was only released in Japan. What started off as small reviews here and there and the occasional appearance on someone’s blog would eventually lead to it exploding in popularity on Youtube and Twitch.

If you wish to collect it or even play it, your only option is to find an original copy. I personally don’t think it’s worth it from a non-collector’s standpoint, but if you’re that dedicated, there’s nothing else that can match the unique place that Pepsiman holds.