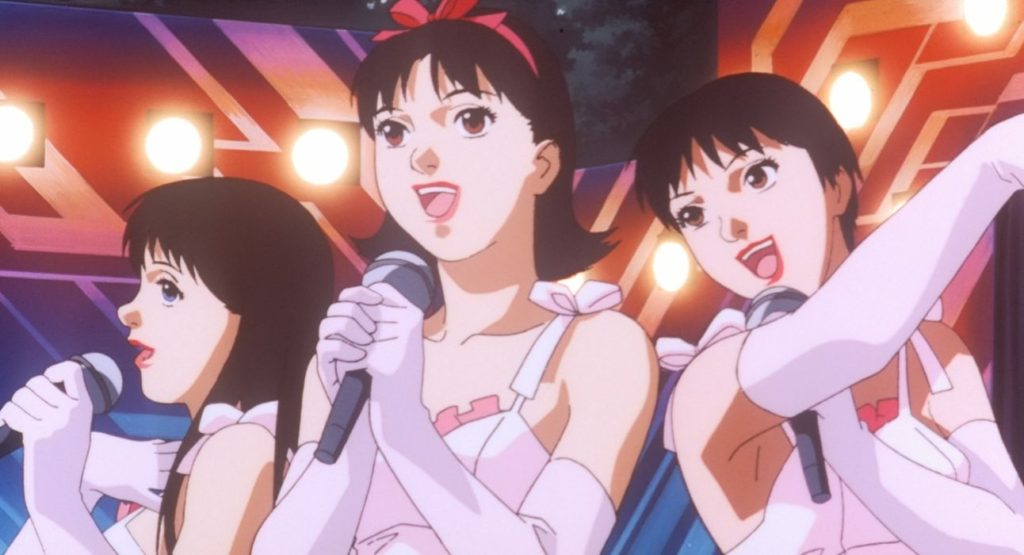 Following Perfect Blue’s resurgence for its 20th anniversary, Shout! Factory has announced that it will be partnering with GKIDS to publish a Blu-ray release of Satoshi Kon’s seminal film. With a North American release slated for March 26, 2019, this marks the first US home release of the film in almost 19 years (barring a 2005 UMD-format release for the PlayStation Portable).

Excuse me… Who are you?
Satoshi Kon’s legendary masterpiece PERFECT BLUE is coming out on Blu-Ray/DVD on March 26! Featuring a new digital remaster, interviews, and a peek at “Angel of Your Heart” recording sessions.
Pre-order: https://t.co/TpaPGCR2CO #PerfectBlue #SatoshiKon pic.twitter.com/PvbiQxQCMS

For those of you who may not be familiar with the work, Perfect Blue is a mystery thriller following Mima Kiragoe, an idol singer, who is being relentlessly stalked.  As the situation escalates, she is driven into a state delirium, which director Satoshi Kon is brilliantly able to represent through his rather unique directorial style and techniques. The film is based on a novel of the same name by author Yoshikazu Takeuchi and was Kon’s directorial debut. Satoshi Kon later went on to direct other classic films such as Millenium Actress, Tokyo Godfathers, and Paprika, as well as animated series Paranoia Agent, before unfortunately passing due to health complications on August 24, 2010.

It was almost expected to see the film finally getting a North American re-release after GKIDS’ theatrical rerun in September, but seeing it in Blu-Ray is a nice touch to say the least. While there was some concern about the encoding rate being lower than its UK Blu-Ray re-release from Anime Limited. GKIDS was able to step in and confirm that it’s encoding would be identical to its UK counterpart. Both version will be featuring a brand new remaster which has never been seen before.

It’s absolutely a treat to see an old title still getting this much love. Hopefully GKIDS and Shout! Factory, as well as other licensors and distributors, continue this trend, especially with the 20th Anniversary of Satoshi Kon’s Millenium Actress not being all that far away. Those interested in checking out further information, be sure to check out Shout! Factory’s official website.

Tubi Partners With Shout! Factory to Bring More Anime to Their Platform