What Is Perfume, The Japanese Pop Group? 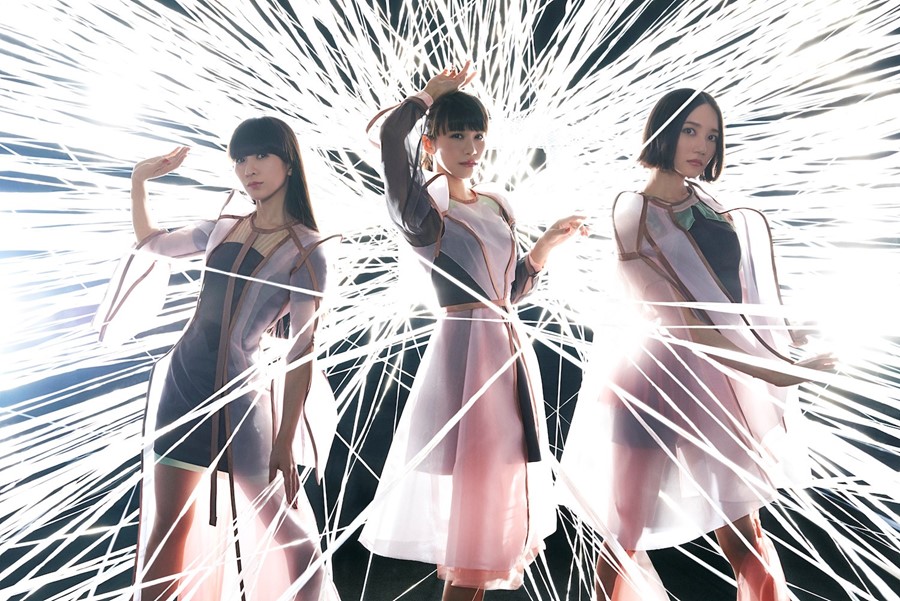 The group has been around since 2000 but made their major debut in 2005 with their single “Polyrhythm”.

a-chan, KASHIYUKA, and NOCCHi have skyrocketed to become one of the most successful musical bands in Japan and even the world. They’re hailed for their cool cutting edge theme, amazing music, and their innovative futuristic shows.

The J-pop girl group began being produced by Yasutaka Nakata in 2003. Nakata is famous for his work producing for Kyary Pamyu Pamyu and his creations for Capsule.

Perfume also has Rhizomatiks on their team, a company of digital effects specialists. Rhizomatiks is known for its work on the 2016 Rio Olympic Games closing ceremony show.

The J-pop extravaganza also has some of the coolest dance moves on their side. Early in their career, they were united to work with the choreographer MIKIKO.

Who Are Perfume’s Members?

A-Chan – real name is Ayaka Nishiwaki. She was born on February 15, 1989, and raised in Hiroshima. A-chan has her hair pulled back or down.

KASHIYUKA – real name is Yuka Kashino. She was born on December 23, 1988, and raised in Hiroshima. Kashiyuka has very straight and long hair.

NOCCHi – real name is Ayano Omoto. She was born on September 20, 1988, and raised in Fukuyama City, Hiroshima Prefecture. Nocchi has a bob. Only Nocchi sports pants during performances.

Yuka Kawashima – Perfume has a former member as well. A woman named Yuka Kawashima wanted to focus on her academics and stopped being in the band. Her stage name before leaving was Kawayuka. Ayano Omoto replaced her in the group after she left.

At one point, she became a member of a musical group named Risky. She also tried her hand at going solo, using the name Yuka. Her birthday is November 5th, 1988. In 2011 she graduated from university after studying economics.

What Are Perfume’s Origins?

The J-pop group was formed in 2000. They all attended Actors School Hiroshima together. Kashino and Nishiwaki formed the group Perfume with one another. In 2002 on March 21st, the released “OMAJINAI★Perori”.

Later on, in the fall of the same year, they put out their exclusive single “Kareshi Boshuuchuu”. A few months later,  they moved to Tokyo and Yasutaka Nakata became their sound producer in 2003. It was there they were also introduced to their choreographer MIKIKO.

How Has Perfume Become A Trailblazer For J-Pop All Over The World?

Even though Perfume has been growing and growing since their early 2000s debut, they’ve been becoming a name in music since 2010. They’ve left their footprint all over Tokyo and the world.

In 2010, they performed on one of the biggest stages in all of Japan, the Tokyo Dome. The pop group made music history, as they were the second ever girl group to be given the honor of performing at the venue. The first being the musical group SPEED.

Only a year later, one of the most popular songs “Polyrhythm” was put in a soundtrack for an internationally released movie. The music was featured on Pixar’s Cars 2 soundtrack.

In 2011, their hit song “Polyrhythm” was featured in Pixar‘s movie Cars 2. The song was also on the film’s soundtrack. They also did a television ad for Kirin, “Hyōketsu Sparkling” with an original piece called “Glitter.”

One of Perfume’s biggest claims to fame is their Coachella appearance. In 2019 the musical trio made history to be the first-ever J-pop group to perform at Coachella. Perfume performed during both weekends of Coachella.

Coming off a tour where they made an appearance in Seattle, San Jose, Los Angeles, and finally, Indio, California.

They rocked the event and made an impact during Coachella weekend. Rolling Stone classified their set as one of the best 16 performances of the music show.

What’s The Story Behind Perfume’s Name?

Perfume’s name is great on its own, but there’s an interesting story behind the choice.

After Kawashima left the group and Omoto took her place, it gave a brand new meaning to the name. In an interview, Nishiwaki commented on the name, by stating, “The fragrance of perfume can soothe your feelings or make you feel happy. We aspire to be such artists.”

What Has Perfume Worked On?

Perfume has released many singles, compilation albums, boxsets and collaborations. Together they have released a total of six studio albums ranging a decade apart from 2008 to 2018.

What’s The History Of Perfume’s Concerts?

One of the best things about the pop group Perfume, is their amazing concerts. They have had a number of concerts dating from 2004 all the way up to present day.

Perfume’s first concert was in early 2004. It was only three days after the new year, and was called “Bee-Hive New Year Live ’04: Perfume Day”. It was held at Shibuya-Boxx.

In 2005 the pop artists headed to other cities to perform. In December 2005 they performed their concert “Perfume’s Poppokepiiiii Night” at the Harajuku Astro Hall. They then returned to the same venue exactly a year later to perform their concert “Perfume Presents: Perfume ga Ippai Santa Yonjaimashita.” Later, during the summer of the following year, they performed their first ever two-day event at Daikanyama Unit called “Perfume Hikoboshi Boshū-chū”.

On Halloween of 2007, they performed at multiple venues for a few days. Their “Thankful! Grateful! Poly-invasion! We’re Perfume” show was performed at Nagoya Electric Lady Land, Osaka Muse, and Shin-Hiroshima Telecasting Shinkan Ninth Story Studio. About a week later, they played “Perfume: Seventh Heaven Feeling Pleasant” at the Liquidroom.

At the end of that year, they had the unique opportunity to do their show “Perfume Masaka no Countdown!? LIQUIDROOM: That Night Once Again, in Zepp Tokyo” at the famous Zepp Tokyo. From there, their shows started to take new heights.

2008 was a big year for the pop music group. They performed their shows:

To round off the year, they also performed other shows only a few short weeks after their tour.

In 2009 they kept going with their “Disco! Disco! Disco!” shows at Yoyogi National Gymnasium. Their second tour was held during August, and called “Chokkaku Nitohen Sankakkei Tour”.

They performed another tour in 2010. This was titled the “P.T.A. Spring 2010 Tour”. They sang and danced at the Tokyo Dome in their show called “10th Anniversary Since Formation, 5th Major Debut Anniversary! Perfume LIVE @ Tokyo Dome ‘1 2 3 4 5 6 7 8 9 10 11’”. Perfume also performed at the Mnet Asain Music Awards at The Venetian Macao and have traveled to South Korea for the 2011 Asia Song Festival.

Perfume performed it’s 3rd tour in 2012. It was titled “Perfume 3rd Tour ‘JPN’”. This was closely followed by their “Perfume WORLD TOUR 1st” where they traveled to several countries in Asia.

In 2013 they performed “Zutto Suki Dattanjake ~ Sasurai no Menkata Perfume FES!!” in Japan, and then went to France to play the “Cannes Lions International Festival of Creativity” and then performed their “Perfume WORLD TOUR 2nd” all over Europe. They topped off the end of the year with “Perfume 4th Tour in DOME ‘Level3’’ held at the Osaka Dome and the Tokyo Dome.

In 2014 they performed at the “9th KKBOX MUSIC AWARDS” in Taiwan. On their own, they also played:

In 2015 they sang and danced at SXSW 2015. They also continued performing shows like “Perfume Anniversary 10days 2015 PPPPPPPPPP “. In 2016, they held their “Perfume 6th Tour 2016「Cosmic Explorer」Dome Edition” in cities all over their native country of Japan. 2017 was the year of “Perfume FES!! 2017”. They traveled to different shows to perform this show in cities in Japan.

In 2018 things really started to kick off for the Japanese pop group. They performed at:

In 2019 the group made waves internationally. They went on their “Perfume WORLD TOUR 4th ‘FUTURE POP’” at the beginning of the year, ending that with their 2019 Coachella Festival performance. After that momentous occasion they went back to perform at:

Where Can I Listen To Perfume?