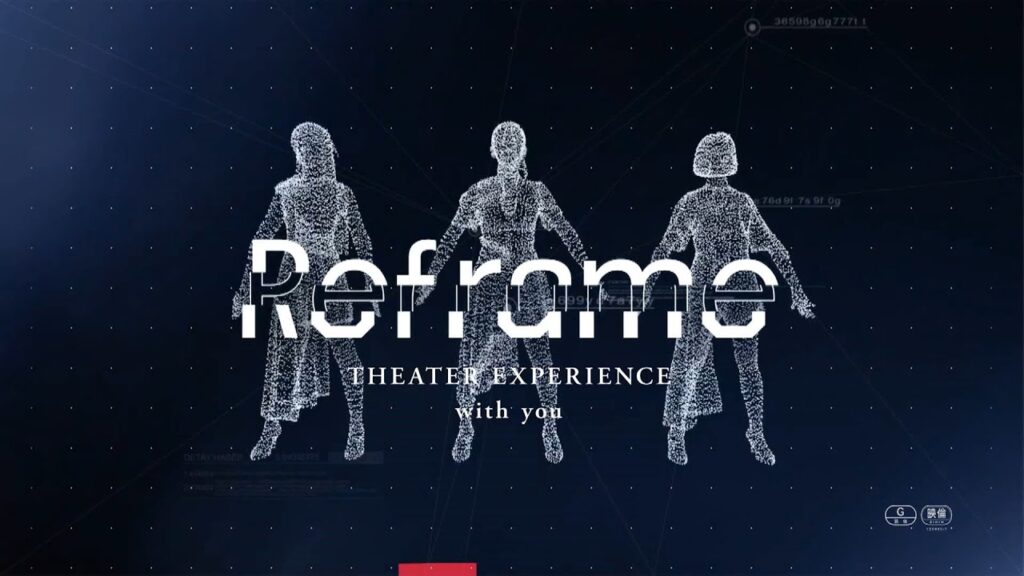 Perfume’s 2019 Reframe concert opened the Line Cube Shibuya concert venue with a technology-infused showcase that celebrated their achievements and looked towards their future as they celebrated 20 years of performing and 15 years since their major debut. As a concert it was designed as a spectacle, augmenting space and lighting to create a surrealist technological stage to enhance their music. It’s the sort of unique experience you’d expect from Perfume, while also being the sort of show that could easily feel right at home on the big screen. Which is exactly what’s going to happen, as Perfume’s Reframe: THEATER EXPERIENCE with you is set for release in cinemas for 2 weeks only from September 4th.

The Perfume Reframe: THEATER EXPERIENCE with you is a recorded version of the full Reframe 2019 show that was performed in October 2019, with the name chosen to represent how it allows the group to create a concert performance for fans to enjoy together safely in theaters while full-capacity venues are still a difficulty to fully realise. Just from the trailer alone, you can see how the blending of on-screen overlays on top of the performances helps augment and enhance the performances. This movie theater screening of the show has also been directed by Taketoshi Sado, who previously directed the WE ARE Perfume -WORLD TOUR 3rd DOCUMENT featuring the group.

In the absence of in-person concerts, theaters, which are already used to showing music concerts through various live viewings that broadcast a musical event into cinemas as they’re happening at the venue, are well-equipped to handle this Perfume show. With a lead cinema of TOHO Cinemas Hibiya in Tokyo but showing at a number of cinemas in Tokyo and around the country, Perfume Reframe: THEATER EXPERIENCE with you will release on September 4th for 2 weeks only, and tickets can be reserved now through Loppi via Lawson. You can find out more about the experience over on the official website.

Perfume Return to Their Roots on “Saisei”