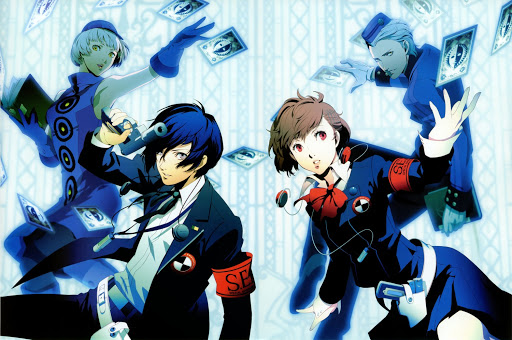 While JRPGs had been kicking around in the west for decades, Persona 3 was a whole different animal, introducing more simulation aspects to the series. As it turns out, making friends as a means to gain power is a pretty memorable mechanic. Persona 3 managed to mix together a supernaturally charged battle system, high school drama and buckets of emotionally traumatized characters. Count me in.

Within the last few years, plenty of people have begun to either rediscover the Persona series or discover it for the first time due to the wonders of Persona 5. While Persona 3 might not display the same graphical capabilities as its most recent successor, it carries the same extremely deep story and the same groovin’ soundtrack. Once you go back and give it a try, you’ll realize that no love affair with the Persona series would be the same without it.

Oh, and to summon your Persona this time, you don’t just hold up a card or ‘wish’ it out with your thoughts. You shoot yourself in the head. Seriously. And that’s the kind of crazy emo nonsense that should immediately convince you to get started.

The Characters of Persona 3: The Members of the Specialized Extracurricular Execution Squad (SEES) 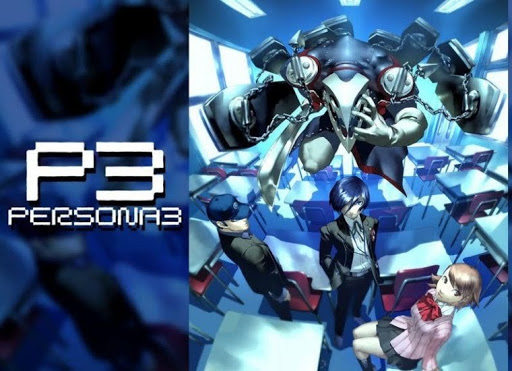 Persona 3 was released in 2006 for the Playstation 2, and was met with massive success. Critics called it the best RPG of the year, and applauded the stylistic changes which had been made from earlier Persona titles. In 2010, it was named the Top RPG of the Decade by RPGamer, and IGN included it in a list of the Top 100 RPGs of all time.

The music in the game, as with other popular Persona titles, was done by Shoji Meguro. I don’t believe that I need to say anything more than that–if you’ve played either Persona 4 or 5, you know what kind of quality to expect.

Changes Were Made for Persona 3 Portable

An enhanced version of Persona 3 was released on the Playstation Portable in 2009 in Japan and 2010 in North America. Persona 3 Portable did something players didn’t expect–allowed you to choose to play as a female protagonist. It also alters some of the story depending on the gender you choose, and adds two new difficulty levels.

In the original Persona 3, the player can only control the protagonist in battle–all other characters are controlled by the computer. However, Persona 3 Portable allows full control over all characters, which also became the norm in Persona 4 and Persona 5. 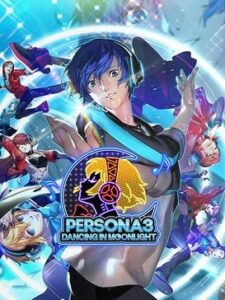 The game also includes 10 new tracks from Shoji Meguro, and also features cameos from characters from Persona 4 and Catherine, another Atlus game. If you somehow still own a PSP, get a copy. You can also play it on the Vita. (I know, a console port would be amazing.)

A Four-Part Movie Adaptation Came in 2012

After a 26-episode anime series based on the game was aired in 2008, it seemed that that would be the end of Persona 3 on TV screens or, goodness forbid, movie screens. But in 2012, it was announced that Persona 3 would not only be made into a film, but it would be released over four separate movies. Fans, as you would expect, lost their minds. Understandable.

The first film, Persona 3 The Movie: No.1, Spring of Birth (slides right off the tongue) was released in 2013, and was produced by AIC, the company behind Tenchi Universe and Armitage. The following three films were produced instead by A-1 Pictures, the studio responsible for Fairy Tale and Space Brothers.

All voice actors from the original game reprised their roles in the film, and Shoji Meguro, of course, created the incredible soundtrack.

Those movie titles are ridiculous, but you should watch them after playing the game. They are available to rent on Amazon Prime Video, while Blu-ray versions and Special Editions are also available for purchase.

Persona 3 Dancing in Moonlight: Because the Music is Too Fire

I’m a massive rhythm game fan, and even if you aren’t, the music in Persona undoubtedly lends itself to remixes and dancing the night away. When fans first saw a trailer for Persona 5: Dancing in Starlight, we were all supremely pumped–the game was still fresh in our minds, and Persona 4 had received a dancing game for the Vita years prior.

But where did that leave Persona 3? Why was life so unfair? How had it been skipped over, when it had so many loyal fans?

Atlus actually listened, and right after Persona 5 received its rhythm title, we were blessed with the announcement of Persona 3: Dancing in Moonlight. The first time we all saw the trailer, there might have been spitting out of water and emotional tears. No shame.

Released in the US in 2018 for the Playstation 4, it’s worth a playthrough for the remixed tracks. It also includes a VR mode, which allows you to peek into your favorite characters’ rooms–and believe me, if you played the original games, this is more exciting than you’d expect.

All in all, Persona 3 is one of the best RPGs ever made–that’s not up for debate. Even if you’ve only played Persona 5 and haven’t jumped into the past titles, pick up one of those listed. You’ll fall in love with some new characters, get addicted to some new songs and stay up all night fighting Shadows–just like our protagonist.