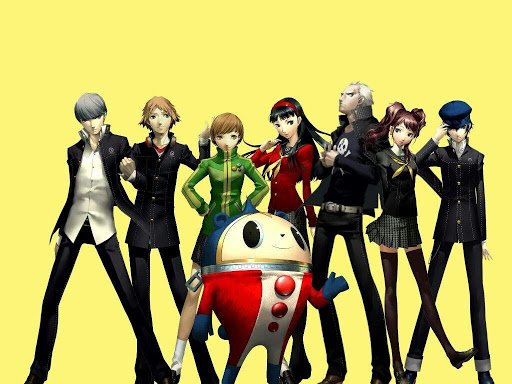 While I missed the original Persona 3 bandwagon, I was more than happy with Persona 4 as my first experience with the franchise. Back during my college days, a friend casually mentioned that I should pick it up–little did he know it would start an obsession that would continue to this day. I’m pushing 30, and I have Persona to thank for plenty of youthful memories, that’s for sure.

Back in 2016, Persona 5 attracted plenty of new fans, and that has continued with the release of Persona 5 Royal last year. Plenty of people I know are now venturing back to the past, experiencing Persona 3 and Persona 4 for the first time, and allowing me to guide them in their own descent into fandom madness.

This isn’t a game you casually enjoy–it’s a game that you obsess over. I rarely meet anyone who ‘kind of’ enjoyed Persona 4. It’s more like…’I’m naming my first born child Teddie’ levels of passion. And that’s for good reason.

Persona games are notorious for hitting a little too close to home, even with their insane storylines.

Characters deal with plenty of real-life issues that the majority of us have battled ourselves. They fight with their own weaknesses and the mistakes they’ve made, with relationship problems and issues of self-confidence and loneliness. By the end of Persona 4, you feel like the characters are your best friends. Turning the game on, even a decade later, makes me feel like I’m going to a class reunion.

If you’re not sure where to start, that’s understandable. There have been plenty of Persona 4 releases over the years. After reading through this article, you’ll be all ready to jump into Inaba, and a mystery that’s all ready for you to solve.

The game follows a collection of high school students in a small town in Japan, as they attempt to solve a murder which has shaken residents to the core. You may be asking why high school students are getting involved with a police matter–well, these kids have some special powers beginning to awaken deep inside of them. They can also venture to another world, an ability which seems to be the only way to catch the true culprit.

The Playable Characters of Persona 4

Persona 4: ‘One of the Greatest Games of All Time?’ 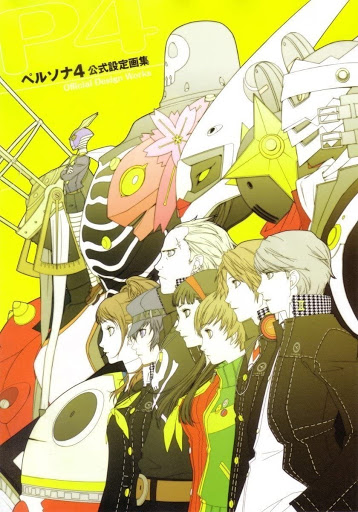 Released in Japan and the US in 2008, Persona 4 was immediately met with rave reviews across the board. The director of the title, Katsura Hashino, has said that the game was greatly inspired by classic mystery novels written by Sir Arthur Conan Doyle and Agatha Christie, and that it was made to be more goal-oriented than its predecessor Persona 3.

The country town created for the main setting, Inaba, was truly designed to be a ‘nothing-town,’ allowing developers to focus more heavily on character development and making the player relate more to the main character’s adjustment to his new rural home.

Persona 4 blends typical RPG turn-based combat with more simulation elements. While the player explores dungeons from time to time, a large portion of the game is spent simply living a daily life–going to school, shopping, running errands, cooking, studying, and just doing things a normal high schooler would do.

The most important part of the game is your social links–basically, spending time with your friends. Doing so will increase your power in the other world, and the player has to carefully juggle how to spend their time each day in order to receive the most benefit.

As is to be expected of a Persona title, the music of Persona 4 is pure R&B style perfection. Shoji Meguro was, again, the composer and producer of the music for the game, as he had done with Persona 3 and Persona 5 years later.

The original US release even came with a limited soundtrack, and I think we can all agree, Meguro sold his soul to be able to write music so profound. ‘Never More,’ the theme of the game, even made it to the top of the weekly Oricon charts in Japan, along with the Billboard Japan charts.

Original Playstation 2 copies are quite cheap to buy, for those who want to experience the vanilla game without the bells and whistles. Or, to just get your hands on that sweet soundtrack…

You can also find Persona 4 on the Playstation 3 shop.

Just as Persona 5 achieved with Persona 5 Royal, Persona 4 Golden was released in 2012 for the Playstation Vita. Originally meant to be released on the PSP, this would have meant removing certain features due to technical restrictions. Instead, the release on the Vita allowed developers to add even more features to the game, including new social links and new story elements.

It also adds new character outfits, more voice-acted dialogue, additional Personas to discover and more anime cutscenes throughout the game. Because of the Vita’s networking abilities, players can also call in help from friends during battle.

Basically, a ton of people bought the Playstation Vita just to play Persona 4 Golden. If you somehow own the console but never played it, you better get on it. Copies on Amazon are pricey, but GameStop offers some used copies for a quarter of the price.

I would have expected Persona 4 to become a dating sim before a fighting game, but here we are. (I would be a failure if I didn’t mention Persona 4: Dancing All Night here, because yes, we got a rhythm game too. If you, for some reason, need to be convinced to play it, here.) 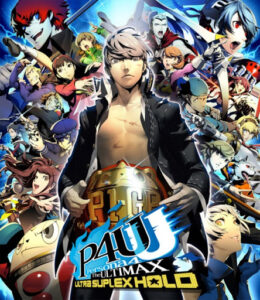 The title spawned two of them for Playstation 3 and Xbox 360 in 2012 and 2014. Persona 4 Arena was originally released in Japan in arcade form, and was developed by Arc System Works, known for Guilty Gear. Plenty of characters from Persona 3 also appear in Arena.

The story takes place a few months after the original game ends, and sees the group pulled back into the other world to fight in a fighting tournament. (Well, no one said that fighting games needed to have complex stories.) All that matters is that it’s addicting, and it’s an excuse to see your favorite characters again.

Persona 4 Arena Ultimax takes place only one day after the events of Arena, and, yes, it’s another tournament. But it’s worth picking up if Arena tickled your fancy, again, on Playstation 3 and Xbox 360.

An Anime Series was Inevitable: Persona 4: The Animation

Given the anime-look of the game’s art and the amount of anime cutscenes throughout, Persona 4: The Animation was the perfect evolution of Persona 4’s hold on the pop-culture scene. Airing between 2011 and 2012, it simply retold the events of the game over its 25-episode run, with voice actors from the game returning to reprise their roles.

The anime series is licensed by Sentai Filmworks in North America, and episodes can currently be purchased on Amazon Prime Video. (Sadly, it used to stream on Crunchyroll and Hulu, but apparently, we can’t have nice things.)

A second anime adaptation based on Persona 4 Golden titled Persona 4: The Golden Animation was released in 2014, and produced by A-1 Pictures, the animation company behind Black Butler and Blue Exorcist. All 12 episodes are, luckily, available to stream on Crunchyroll now.