Persona 5 is Set To Receive the “Funko Pop! Treatment” 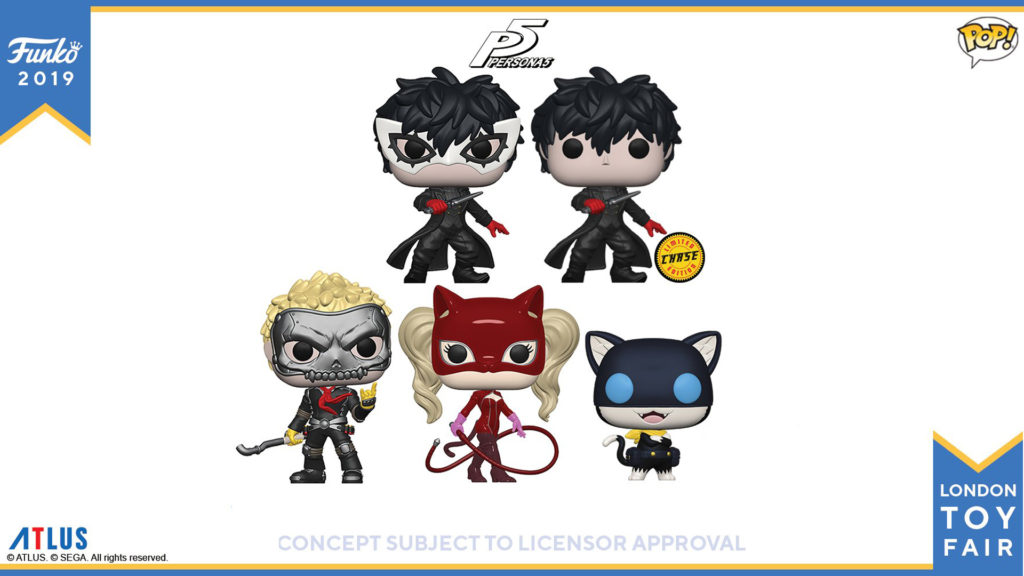 Whether you love them or hate them, Funko Pop! are truly a Western pop cultural phenomenon that are here to stay. But while I find myself in the camp of “Hey, just buy the gosh darn Nendoroid”, I’ll accept the fact that some people actually do like the hyper-deformed stylings that Funko offers. So with that in mind, I can’t say I was particularly surprised when news broke that ATLUS’ Persona 5 would be getting the Funko Pop treatment, with each of the Phantom Thieves being treated (?) to their own figure.

Revealed during the London Toy Fair as part of Funko’s 2019 lineup of Pop! figurines, the above tweet gives us our first look at what we can loosely expect from the collaboration. There are set to be five different Persona 5 Pop’s coming out this year, officially sanctioned by both ATLUS and SEGA, with the unmasked version of Joker remaining a Chase limited-edition.

For fans of Persona 5 who also happen to be fans of Funko Pop!, this is probably a bit of news you’ve been waiting for. Given the massive success the title saw in the West when it originally launched on both PlayStation 3 and PlayStation 4, it really doesn’t come as too much of a surprise that these are going to exist.

There’s currently no official release date scheduled for the figures outside of the fact that they’ll be coming out in 2019. With the game’s protagonist, Joker, set to join the Super Smash Bros roster in the coming months, as well as the Persona 5 R projects set to be revealed in March of this year, we’re sure that additional announcements won’t be too far away.

Like I initially mentioned, if Funko Pop! figures are your thing, this will probably be something you’ll be excited about. For those interested in checking out additional information, be sure to check out Funko’s official website.