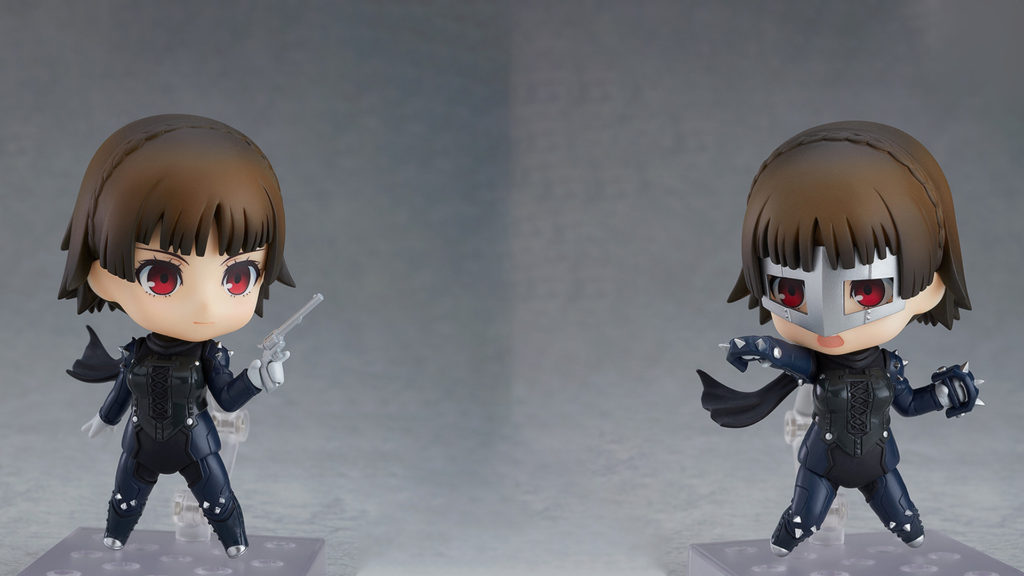 Fans of Persona 5 have a lot to get excited about at the moment. Following the launch of Persona 5: Dancing in Starlight in Japan earlier this year, the infectious rhythm game has just launched in Western territories, featuring a number of our favorite Persona 5 characters, while also launching simultaneously alongside Persona 3: Dancing in Moonlight. Not only that, an anime series retelling the events of the game titled Persona 5 The Animation finished airing at the end of September with a special ‘Dark Sun’ OVA that will conclude the story of the series set to air on December 30, 2018.

If that wasn’t enough for Persona 5 fans, Goodsmile Company recently opened pre-orders for a Phantom Thief version Nendoroid for Makoto Niijima, following its announcement at the China International Cartoon and Game Expo earlier this year. The figure is currently set for a July 2019 release date. Included with this Nendoroid is 3 different face plates that allow you to change her expression between a more angry demeanor, a standard expression as well as a smiling expression. Not only that, her mask, an iconic part of the character designs for each of the Phantom Thieves within the game, is fully removable, allowing for more variety with how you choose to express her. Accessories include an extra mask that she is able to hold, spiked knuckle dusters and a gun.

Pre-orders have now begun for this figure on Goodsmile Company’s official website for the price of 4,800 yen, and should be a nice addition to the collections of fans who picked up the previously released Morgana Nendoroid that is already available or Futaba Sakura Nendoroid that is due for release this month, or as a solo purchase for fans of the character. Pre-orders are open from now until January 17, 2019, at 12 pm JST, and will not be available for pre-order after this date. Further information can be found via Good Smile Company’s official website.