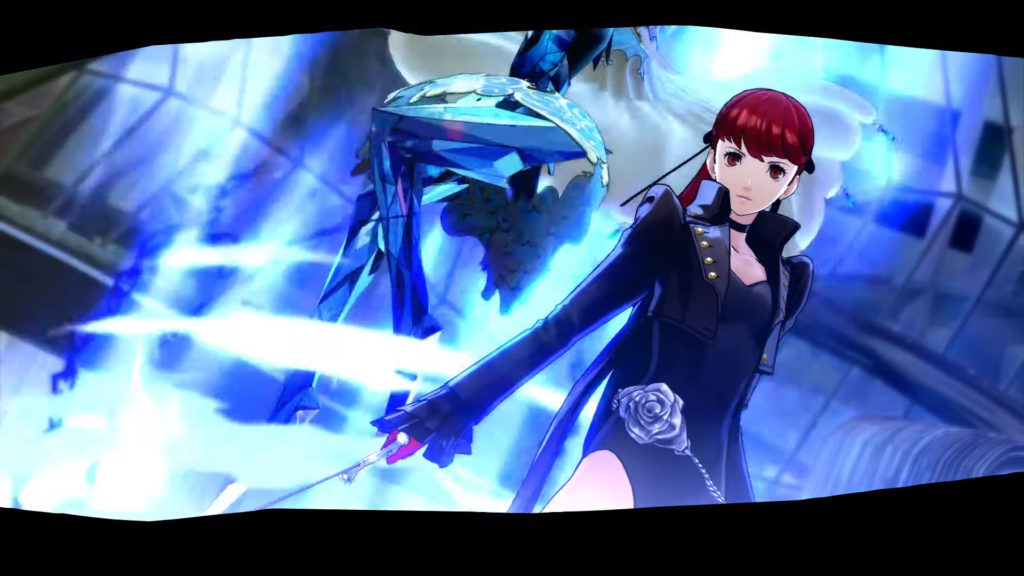 Although the upgraded version of Persona 5, titled Persona 5: Royal won’t be releasing in English until next year, the Japanese release of the game is only a few months off. When it hits shelves in Japan on October 31, players will be treated to new dungeon mechanics, a whole new semester of events, and most notably, a new Phantom Thief in the form of Kasumi Yoshizawa. We first got a look at Kasumi during the Persona 5: Royal teaser trailer in March, but we wouldn’t see her as a Phantom Thief until the full trailer launched in April.

However, during that trailer, we only saw brief glimpses of her during combat. This is a problem that the latest “Kasumi Introduction Video” aims to address. In the trailer, we see the two sides of Kasumi’s life as a Phantom Thief, hanging out with Joker at various spots within Tokyo, and fighting shadows in a palace. During these battles, we’re treated to the reveal of Kasumi’s Persona Cendrillon. This is the original French name of the opera-ballet Cinderella and will form Kasumi’s idea of rebellion.

Kasumi is a prestige high school student with an impressive academic record and a lot of expectations resting on her shoulders. It’s possible that, like how Cinderella wanted to defy the image her step-sisters had of her, Kasumi also wants to defy the academic expectations put on her. Her Persona’s origins in ballet also feel relevant towards Kasumi’s own experience in rhythmic gymnastics. Maybe instead of working towards a prestigious university placement, Kasumi would rather dedicate her time towards dance?

Those in Japan will know for sure when Persona 5: Royal releases on October 31, whilst ATLUS USA will be releasing the game in the West in 2020. Those interested in checking out further information can head over to the game’s official website.

The Many Faces Of Goro Akechi

Phantom Thieves Take Over Gallery X in Shibuya for ‘Persona 5: The Animation’ Exhibit