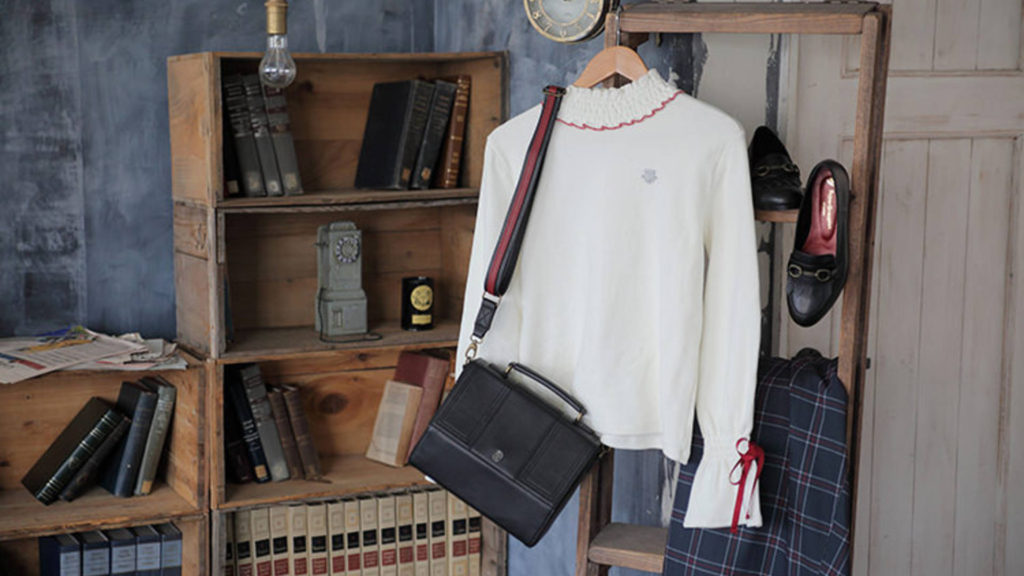 There’s no question that the latest entry in Atlus’ long-running Persona video game series is the most stylish yet, oozing class from all facets of its presentation, from the UI to the character themselves. In particular, the main character – named Ren Amamiya in the currently airing anime adaptation – stands out as one of the coolest protagonists in a long time.

It comes to no surprise then that a new clothing line inspired by the protagonist is seriously stylish. Japanese designer SuperGroupies have earned a name for themselves for their excellent anime-inspired apparel in the past, but I don’t think I’ve seen anything as slick as their newly announced Persona 5 line. As you can see from the picture, the pieces hardly even look like they are part of a crossover – they wouldn’t look out of place in the classiest hangouts of Ginza. The top and skirt are clearly inspired by Shujin Academy, yet hardly look like a school uniform. This is partly because of how stylish the uniform is anyway, but also largely due to the alterations SuperGroupies have made to the design. Also visible are the collaboration shoes and bag, which feature subtle motifs from the protagonist’s Phantom Thief outfit. There are also several other bags and pouches on offer, which look as handy as they do stylish. The final piece in the lineup moves away from stylish and more towards comfy – which definitely isn’t a bad move – with this fluffy hoodie that seems to take inspiration from the protagonist’s own fluffy hairstyle. There are also several pieces of jewelry on offer, which can be seen along with more information on the official website. Most of the collaboration pieces are intended for women, but Japanese fashion is always very unisex, so I’m sure you could make it work no matter your gender. After all, who doesn’t want to look as stylish as the protagonist?