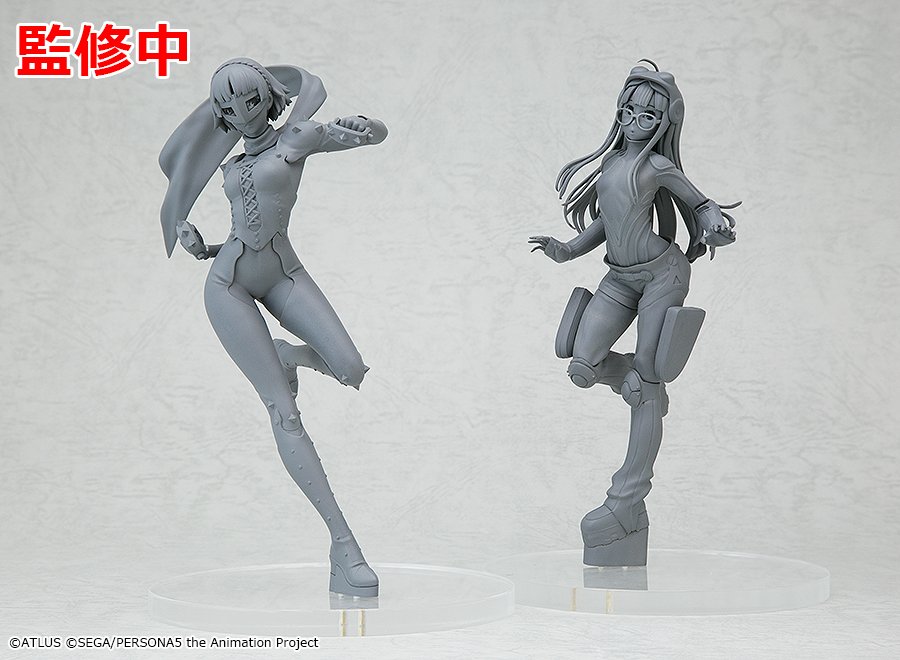 Christmas came early (or late depending on how you look at it) for fans of Persona 5. At the most recent Wonder Festival 2019, a massive bi-annual event that showcases upcoming figures from massive companies alongside independent exhibitors who sculpt their own figures for sale, a huge array of new figures based on Persona 5 were announced, setting up 2019 to be a very, very expensive year for the game’s most dedicated fans.

First of all, from FREEing, 2 new swimsuit figures based on Persona 5 The Animation were announced. These new scale figures for Futaba Sakura and Makoto Niijima are based on their bikinis worn during episode 18 of the recent animated series, with dates for these figures currently unannounced.

"Futaba Sakura – S-style" and "Makoto Niijima – S-style" scale figures of the Persona 5 the Animation characters in their swimsuits, produced by FREEing, were also announced at Wonder Festival 2019 Winter.https://t.co/IodO7GmFuO pic.twitter.com/BxQiKXMKVT

Next up is Good Smile, who showcased a huge array of figures based on the game that were currently in development. In the Pop Up Parade series of figures, unpainted prototypes of the previously-announced Joker, Queen, and Oracle figures were shown off to the public, alongside another prototype of the newly-announced Crow. (I’m a rather big fan of how Futaba as Oracle looks in these prototypes).

Next on the list from Good Smile, new Nendoroids based on Persona 5 The Animation are in the works. Nendoroids for Haru Okumura, Ryuji Sakamoto, and Goro Akechi have been confirmed underway alongside another one for Ann Takamaki which was shown off with an unpainted prototype at the event. This is to go alongside the previously announced Yusuke Kitagawa Nendoroid.

Max Factory is another company getting in on the action with new figures, with a Skull figma being shown off in a fully colored prototype form for the first time since it was originally announced last Summer. Joining them will be newly announced Figma in the works for Oracle and Crow.

From Doll Azone, a new 1/6 scale doll for Joker was announced last Summer, with this event seeing the doll showcased for the first time.

Amakuni, meanwhile, provided us with a new look at their previously-announced Tae Takemi figure, alongside an uncolored prototype for Makoto Niijima based on her outfit in Persona 5: Dancing in Starlight.

In other words, between the new looks at previously-announced figures and the newly announced figures shown off at this event, fans of the games are spoilt for choice regarding which figures to pick up out of the ones currently available and are on the way. Whichever figures fans choose to buy, however, one thing is certain: their wallets will never be the same again.