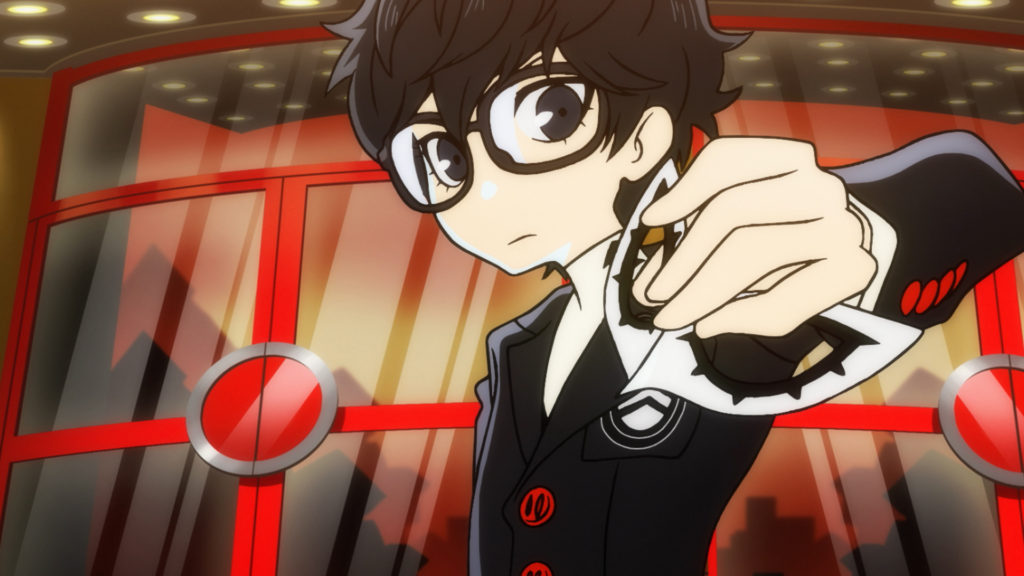 Although it seems like we’ve been waiting forever to see this announcement spring up, I couldn’t be happier to hear that Atlus has finally confirmed and shared the release date for a western release of Nintendo 3DS dungeon crawler, Persona Q2: New Cinema Labyrinth. We’ve been covering the game’s release in Japan since its original announcement and although we knew the chances were high for it hitting the US, there was definitely a slight shadow of doubt looming over everything with Nintendo’s heavier focus on the Nintendo Switch as of late. It comes as a sigh of relief that not only is the title soon, June 4th to be exact, but we’re also getting a really nice limited edition bundle along with it.

The “Showtime” Premium Edition bundle for the game will set you back $69.99, but the included goods are likely to justify the extra cost for most fans: 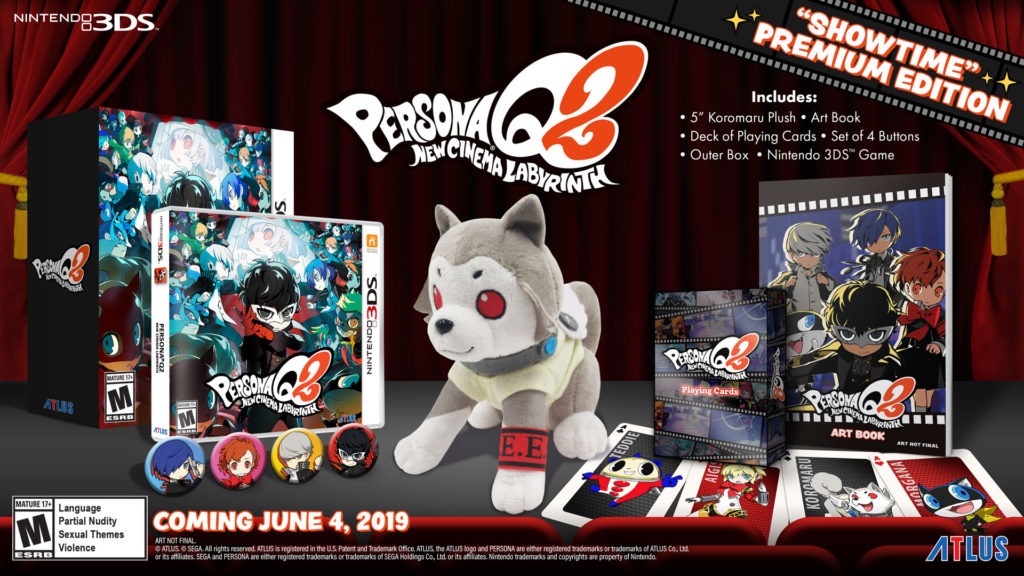 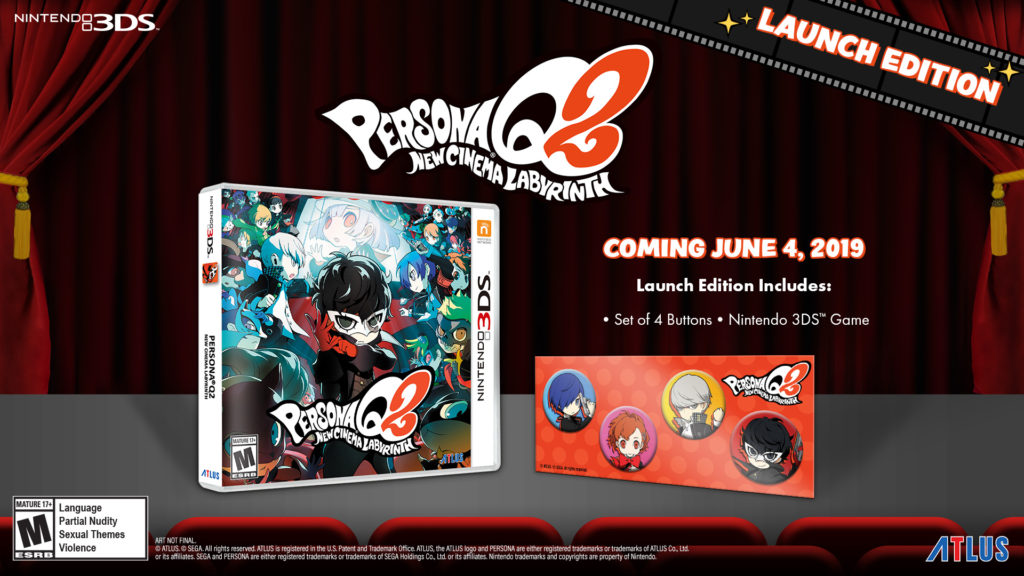 In addition to the bundle, a “Launch Edition” version of the title is also going to be made available at the standard retail price of $39.99 and will include the 4 buttons featuring members of the game’s cast. The buttons are only included while supplies last, so you’re not going to want to wait on picking them up!

One thing to note about the release that seems to be killing the buzz for a lot of fans right now is that the game doesn’t appear to be getting an English language dub this time around, with the announcement highlighting English subtitles and proclaiming this is the first time the Japanese voices for the Person 3 cast will be in a western release. This seems to have people pretty riled up, as character interaction in the games is a big part of the experience and many fans seem to feel that the English adaptation of Q1 really added an essential element to that aspect of the game. The comments section for the announcement video, in particular, are riddled with fans pleading for a dub to be included, or at least released as DLC down the line. I don’t think this is the kind of thing that will ruin the play experience for me, but if you’re a fan of the English voice cast for P3, P4, and P5 it might be something to consider.