Since the Persona series is celebrating its 25th-anniversary, Persona Studio launched today a special 25th-anniversary website that is teasing a series of seven projects! 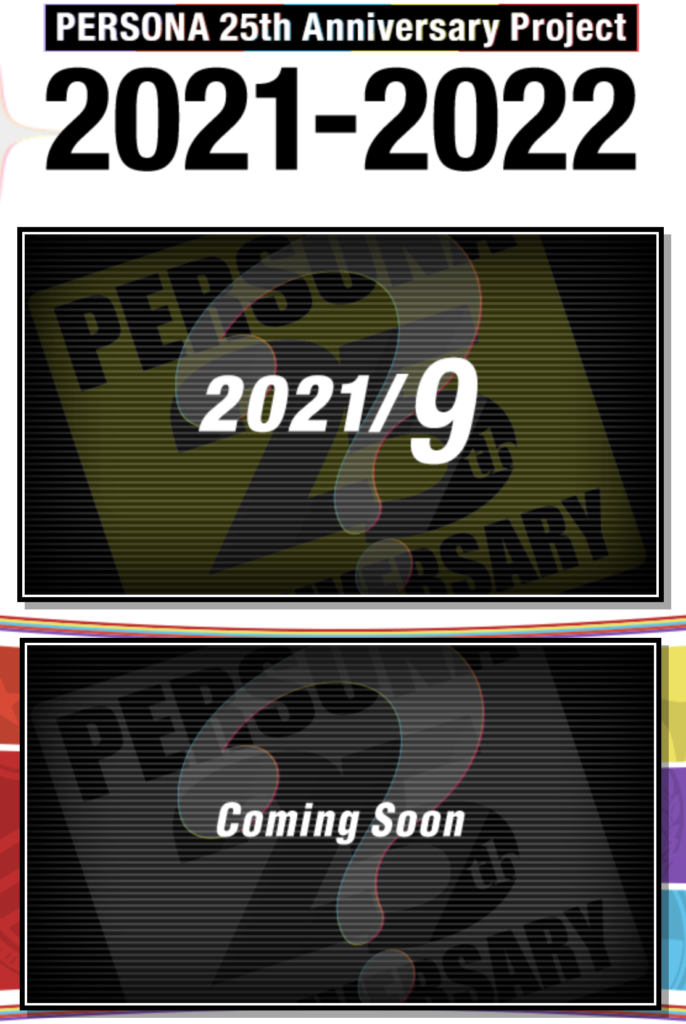 In celebration of the anniversary, there were a number of Persona-related goods announced. But the main attraction here is the seven projects that are in works that are being teased. The website itself is fairly simple with the first project slated to be announced in September of this year. The remaining six projects have a scrambled screen that read ‘Coming Soon’ with a question mark behind it.

The website has an official text surrounding the project that reads:

In 2021, the Persona series will have sold over 15 million units worldwide.

I would like to express my heartfelt gratitude and appreciation to all of you who have watched over and supported us over the years.

In September, the Persona series will finally celebrate its 25th anniversary.

To express our gratitude to all of you, we will be celebrating the 25th anniversary of the Persona series for one year from this September 2021 to next fall 2022. PERSONA 25th Anniversary YEAR, and we are preparing a number of fun things to look forward to.

In the last ten years, Persona has grown to be a massively worldwide brand with fans all over the world and as a fan myself, I look forward to seeing what will be coming for the franchise over the next year.