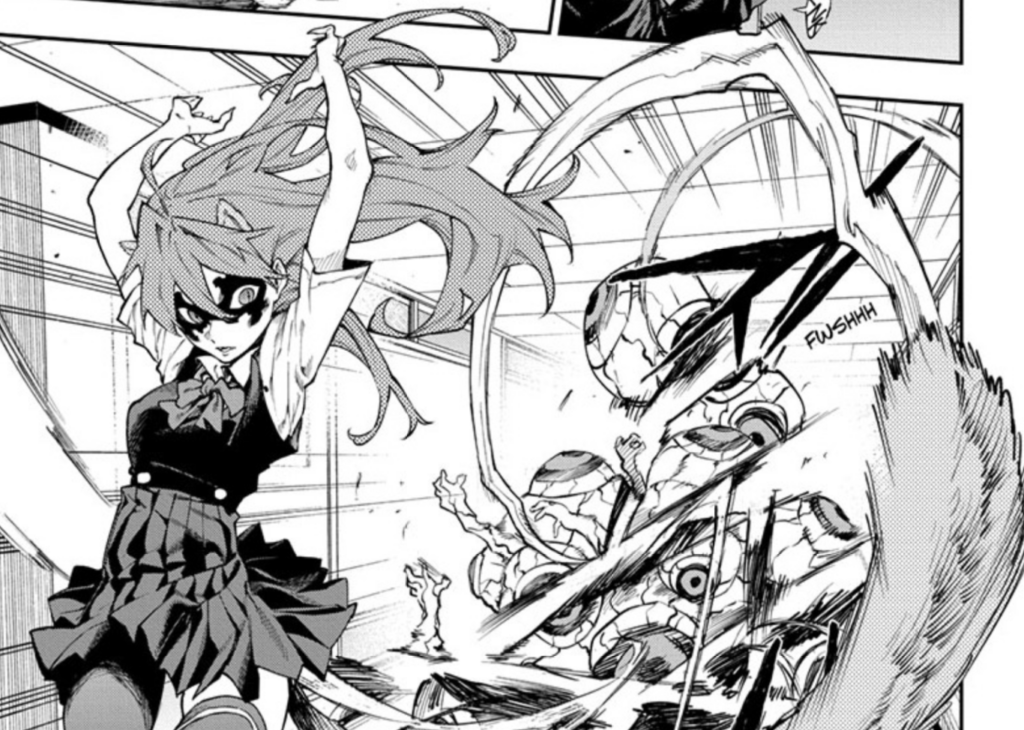 The beginning of a new week can only mean one thing: time for new Weekly Shonen Jump! This is where Jacob investigates the latest and greatest in the magazine, telling you what’s worth your time and what’s not. You can find coverage of other series under the tag Jump Time. Here’s Phantom Seer chapter 16.

Phantom Seer is one series that keeps going from strength to strength. Although it didn’t impress me very much at the beginning, it has proven with each and every subsequent chapter that it’s more than capable of becoming a big hit, mainly thanks to its horror imagery and grasp of battle dynamics. In this sense, Phantom Seer chapter 16 is no departure.

Phantom Seer chapter 16 is the latest part in a story that has been going for several weeks now, so this won’t make sense unless you’re fully caught up. Regardless, Iori, Aibetsu, and new character Komachi are on their way to confront the crooked school counselor Kanzaki, who may or may not have something to do with Senjudoji. Even if he doesn’t, he’s been doing some pretty baaaad stuff with the students and phantoms. Predictably, then, this chapter sees all of the characters come to blows. 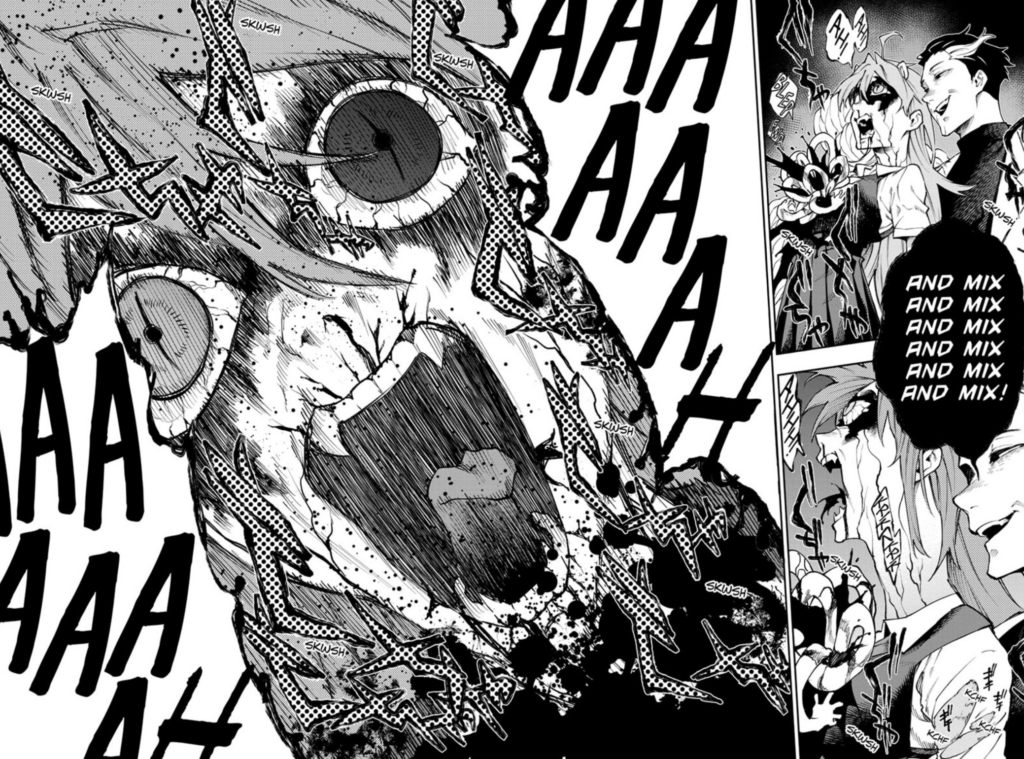 Except this is anything but normal. Take one good look at the above double page spread and tell me that is a normal piece of art you see in Weekly Shonen Jump. It isn’t.

While shonen manga has never exactly shied away from body horror or grotesque imagery, Kento Matsuura is surely pushing the boundaries with such scenes as Komachi’s ‘mixing’ in Phantom Seer chapter 16. There’s also the final scene, where Komachi is turned into a new form of hybrid that immediately made me think of Nina from Fullmetal Alchemist.

Poor Komachi. She does get a chance to shine right before this in Phantom Seer chapter 16, as she uses her newly obtained phantoms powers to tear through some of Kanzaki’s poltergeists ahead of Iori and Aibetsu. Taken alongside later action scenes featuring Iori, it’s becoming clearer and clearer that this series has serious chops as a battle manga.

All in all, then, Phantom Seer chapter 16 is another great chapter in a series that you should be checking out. The first volume also recently came out in Japan, netting some solid debut sales, so it’s clear that this series will be sticking around in the near future.

That’s a good thing in my book. I want to see just how much more it can improve.

You can read Phantom Seer chapter 16 for free via VIZ Media.