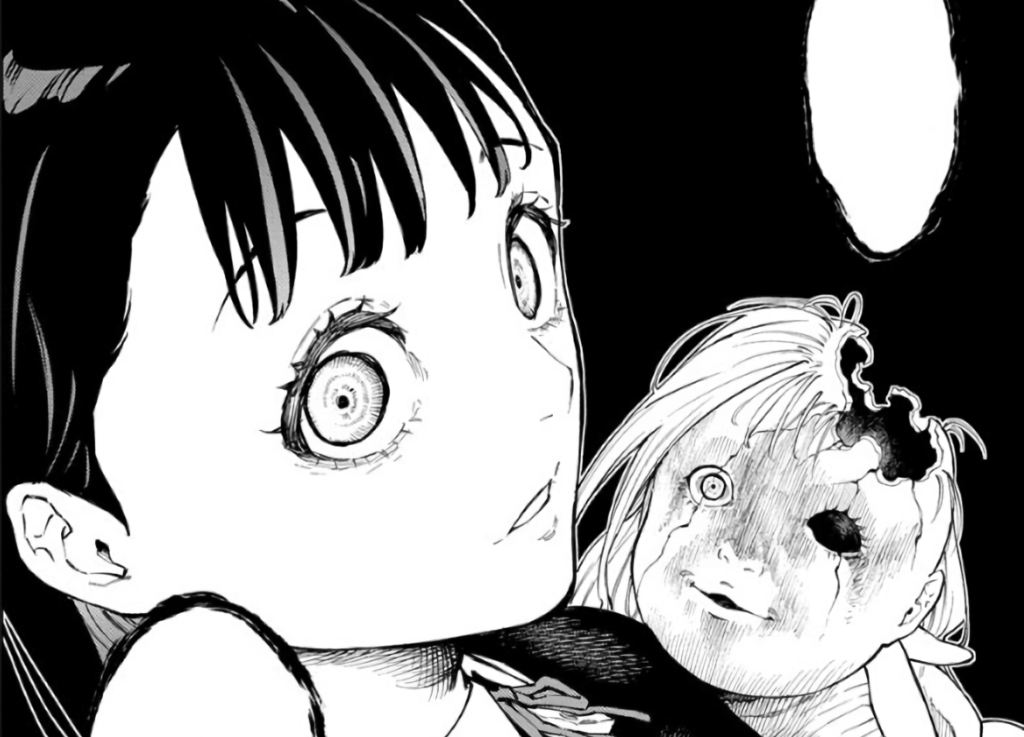 The beginning of a new week can only mean one thing: time for new Weekly Shonen Jump! This is where Jacob investigates the latest and greatest in the magazine, telling you what’s worth your time and what’s not. You can find coverage of other series under the tag Jump Time. Here’s Phantom Seer chapter 22.

Although I have complained about how Phantom Seer’s supernatural horror theme was a clear attempt to capitalize on Demon Slayer: Kimetsu no Yaiba’s record-breaking success, it must be said that it is one of the reasons why it is so compelling. No other Jump series is doing bone-chilling horror quite like Phantom Seer right now, and chapter 22 is a great example.

This week’s chapter is the beginning of the series’ next big story arc proper, following a short introduction last week. In it, Iori and Aibetsu (along with tengu master Kenma and new character Kondo) are exploring ‘The Dollhouse,’ a large western-style mansion that is said to be inhabited by ‘The Puppet Master’; clearly, some sort of fearsome new antagonist. They’re also being backed up by a mysterious new antagonistic group, who we’ve seen them a couple of times at this point, but that’s hardly the main draw of Phantom Seer chapter 22.

Instead, that’d be writer Tougo Geto and artist Kento Matsuura’s impeccable command of horror and suspense in terms of both story and art. When it comes to the writing, there’s clearly something wrong about this house from the moment that our characters enter it, but we don’t really find out what until the very end. The build-up to Aibetsu and Iori’s encounter with a creepy doll is perfectly plotted, and leaves off at just the right moment. 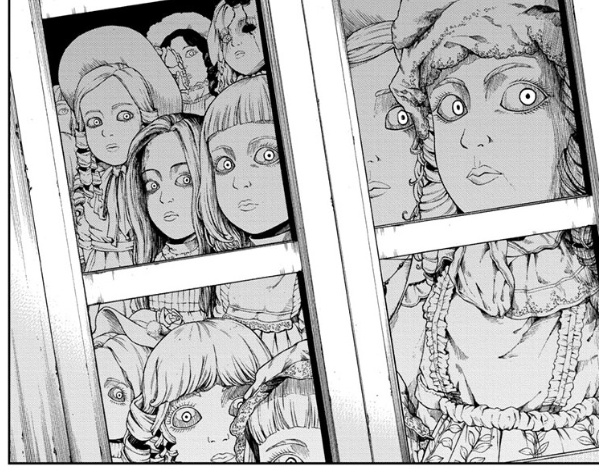 When it comes to the art… well… what is there to say that hasn’t already been said? Matsuura was always clearly too good for a lackluster story like Tokyo Shinobi Squad, and that fact is only underscored by their fantastic work in Phantom Seer chapter 22: the human character designs alone are perfect, but the inherent creep factor of dolls is amplified tenfold thanks to such panels as the one featured above.

It remains to be seen whether Phantom Seer’s next big arc can measure up to the same heights as the previous one, particularly when it comes to emotional resonance, but chapter 22 is certainly a good start. I suppose the only thing I can say to Geto and Matsuura is: keep doing what you’re doing!

You can read Phantom Seer chapter 22 for free via VIZ Media.