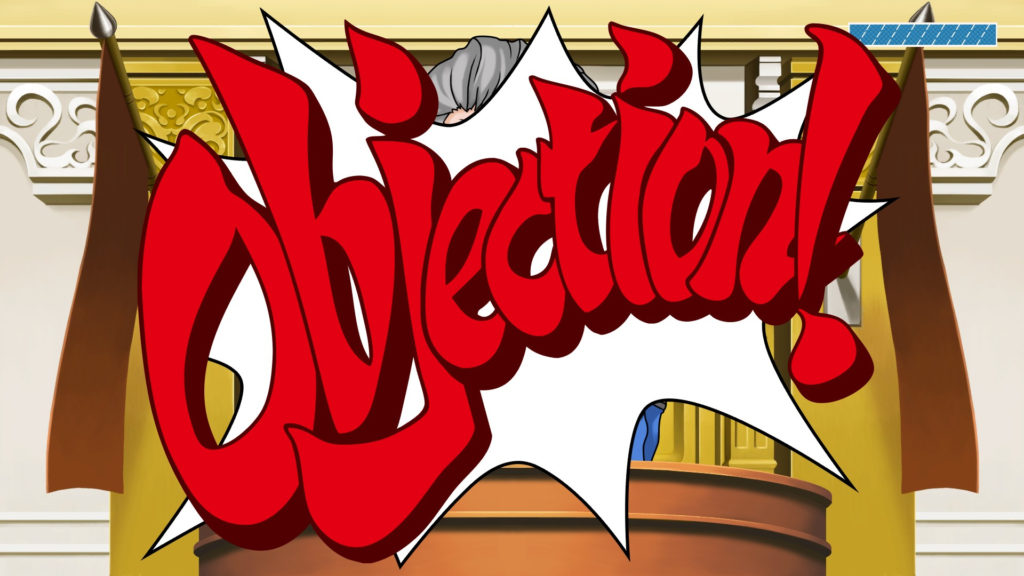 There’s very little of the Ace Attorney series that you’d actually consider being about the “law”. Regardless of where the games are set (Eat your hamburgers, Apollo!), no understanding of the legal system is going to help you prove your clients’ innocence.

So with the recent release of Phoenix Wright: Ace Attorney Trilogy on Nintendo Switch, Xbox One, Steam, and PlayStation 4, I thought it was worth talking about how a game that appears to be skeptical of human nature is actually about trust. Minor spoilers for the Ace Attorney Trilogy follow.

The trailer for the Ace Attorney Trilogy describes the collection of games pretty bluntly. The narrator calls on the player to, “Join rookie attorney Phoenix Wright as you solve intriguing and intricate cases, and protect your innocent clients from false accusations. Unreliable witnesses work relentlessly to stack the deck against you.”

But after playing the games, I can’t help but feel like this description is lacking. It’s correct to say that the games are about solving cases and protecting clients, but referring to the witnesses as “working relentlessly to stack the deck against you” paints a picture of a game where everyone is against Phoenix Wright.

But the reality is that Phoenix enters these cases with next to nothing. It isn’t ever expected that the player will know exactly how a crime was committed or who did it before the trial begins. Therefore, it’s down to these “unreliable witnesses” to paint a picture of events. Through questioning and presenting evidence to corroborate their experiences, Phoenix steadily gathers more information until he’s able to turn it around (Gyakuten!) and deliver the true account of what occurred to the judge. 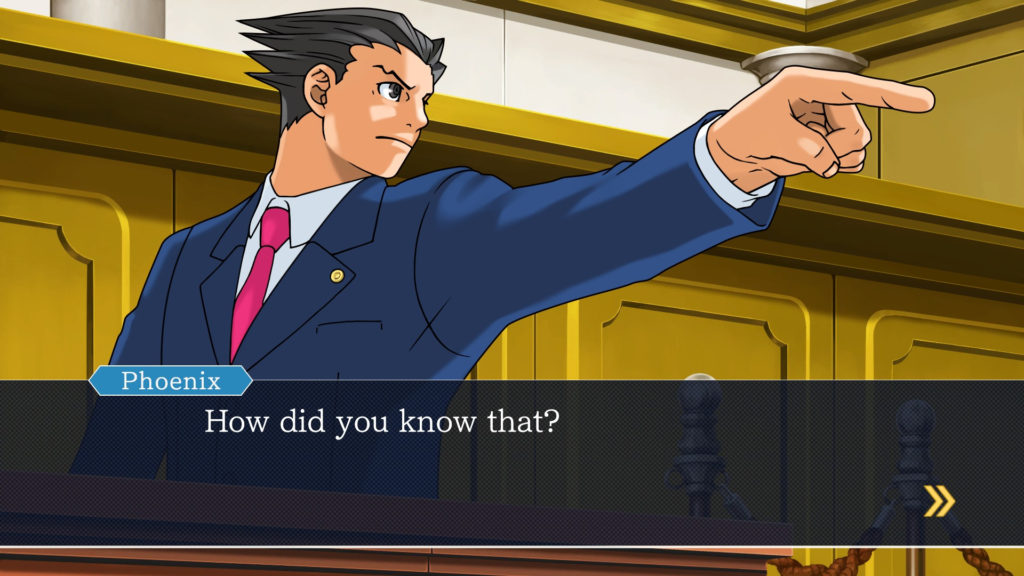 Of course, the witnesses will also have their own agenda. In some cases, they will pretend to see more than they say. In others, they will try and cover embarrassing secrets or misdeeds. In these situations, Phoenix breaks down their testimony through cross-examinations and exposes their lies. But what’s surprising is what comes next.

These witnesses are rarely dismissed entirely. In fact, once he’s broken through to them and created an understanding, Phoenix will trust their testimony enough to use it as the basis for future arguments. Where on earth do you see this in reality? Why would you trust someone’s account after they just lied to you?

There’s a case in the trilogy in which Phoenix interrogates his assistant Maya, and tries to get her to give up the identity of the person who killed someone to save her life. It’s an emotionally grueling case to get through, but it reinforces the golden values of trust that make the Ace Attorney franchise valuable, particularly this trilogy. Whilst they are aiming for different goals, it’s the trust between them that helps to reveal a harsh truth. 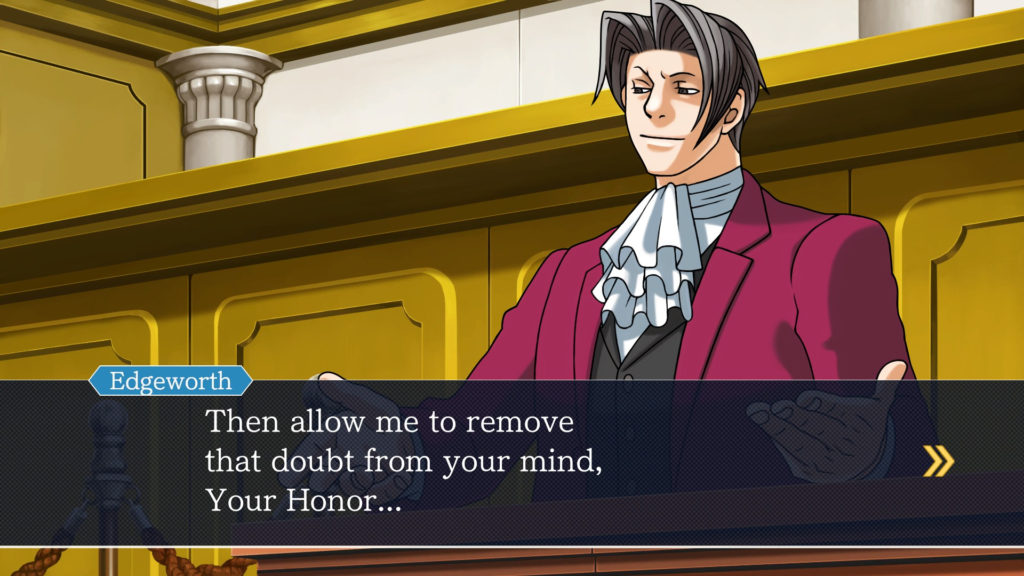 This is the same for the relationship between Phoenix Wright and his rival, Miles Edgeworth. Whilst their reunion is initially soured by the distance between their two benches, they eventually learn to appreciate their shared goal of finding the truth. This dynamic ends up leading to some of the most satisfying trials within the entire franchise. Even when Apollo Justice: Ace Attorney attempted to mimic this setup, the lack of trust built up between the two attorneys failed to replicate the warmth from the trilogy.

Ace Attorney’s skepticism is shallow. Larry Butz is an idiot, Lotta Heart is an attention seeker, and Wendy Oldbag is spiteful. But once you break through these habits, Phoenix Wright trusts their experiences deeply and could not solve the cases he does without the help from them, and a long line of other “unreliable” witnesses that he encounters. It’s also worth mentioning that most witnesses are brought in by the prosecution purely for the sake of convicting the defendant. But even when they’ve openly lied in court, Phoenix will rarely hold it against them, instead often thanking them for helping him pursue the truth. 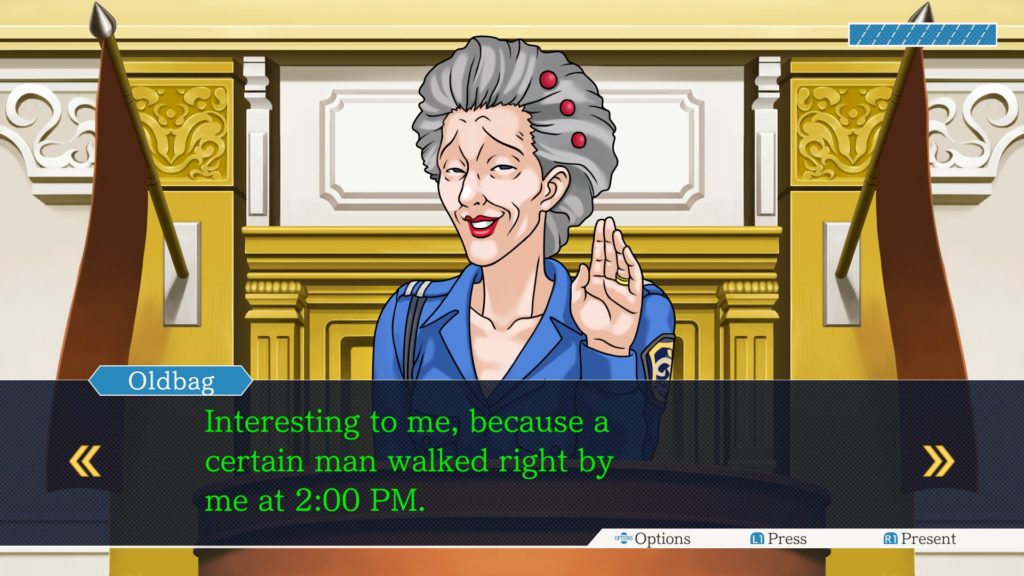 There are lessons to be learned from Ace Attorney, and none of those lessons has anything to do with how the law works. Trusting people also means doubting them. Phoenix Wright understands that even the most ridiculous of testimonies have value. There are cases where a witness will claim to have seen someone fly and Phoenix will work endlessly to validate those experiences once he’s broken through the initial lies. It may not have been an intended message of the game, but Phoenix Wright: Ace Attorney Trilogy effectively promotes the idea that understanding the reasons behind a lie doesn’t cut off a relationship of trust but instead can make it stronger.