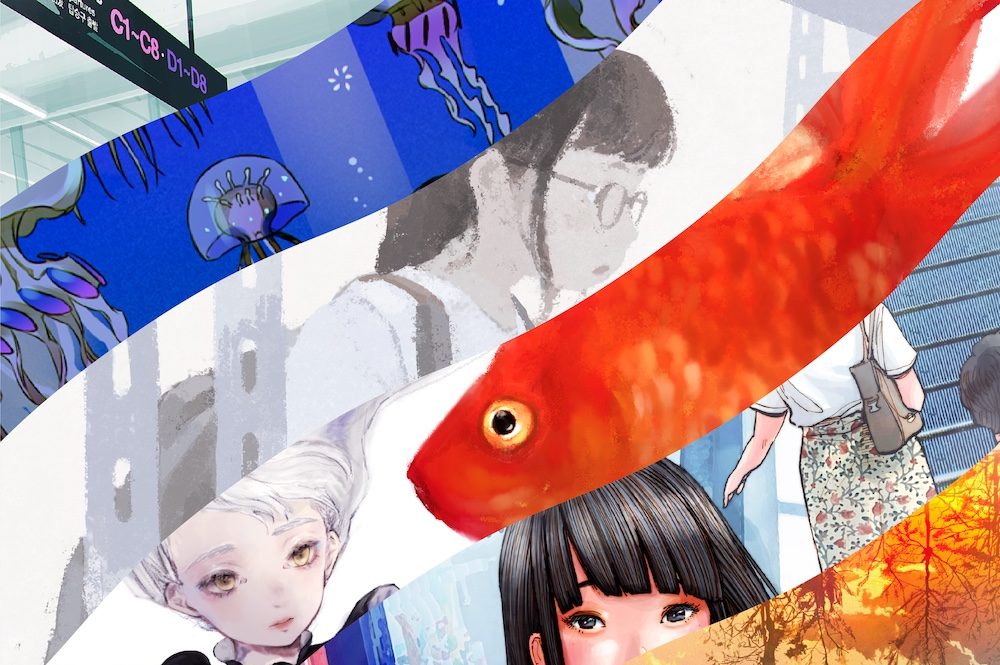 When launching a new product or service in a highly competitive market, it usually makes sense to recruit some kind of star power to help you stand out from the crowd. That’s exactly what the newly launched digital art service ‘pictureinbottle (pib)’ has done, going up against other services such as Pixiv by recruiting the talent of 35 artists, including the beloved mangaka Asano Inio.

Asano Inio joined 35 other artists in creating a piece of art for pictureinbottle based on the theme of ‘once-in-a-lifetime encounter’ and posting it to the service, which is currently only available on iOS. 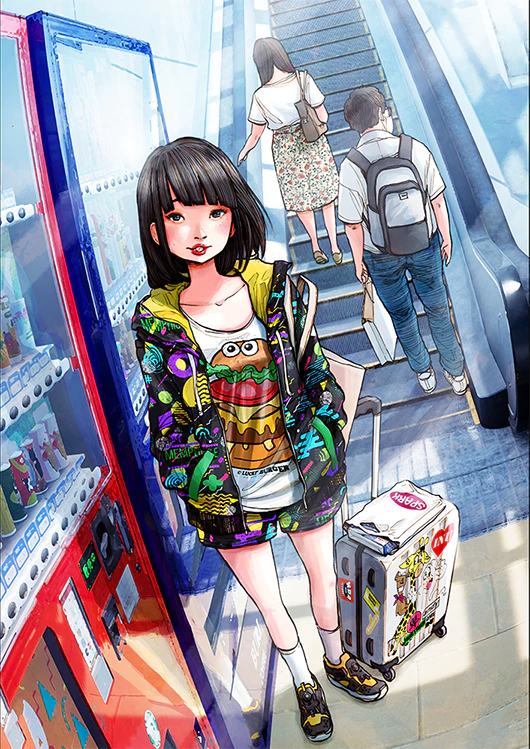 Asano’s piece is pictured above, and there’s not really much more to say than the fact that it’s classic Asano through and through, from the hyper-realistic backgrounds to the slightly pudgy character designs and vibrant color palette.

Other artists took a much more abstract approach to the theme than Asano, such as this piece from artist 456, which just might be my favorite: 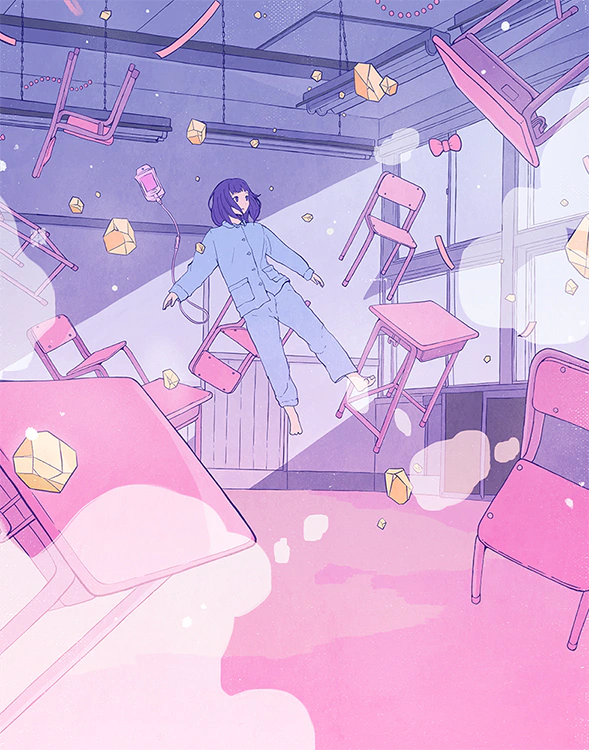 All of the pieces based on the theme will be displayed at a special exhibition in the UDX building in Akihabara, but the main purpose of all this is obviously to raise the pictureinbottle service’s profile by piggybacking on the popularity of other well-established, esteemed artists.

That’s not to say that service doesn’t have any redeeming features of its own, however. Although its main competitors in the digital art space are such sites as Pixiv and even BOOTH (for doujinshi), pictureinbottle does away with the conventional ‘feed’ system and instead uses a ‘message in a bottle’ system.

What this means is that, instead of following artists or scrolling down a feed, users will instead receive art directly from artists who decide to share it in the form of ‘pictures in a bottle’ (hence the name).

According to pictureinbottle, the purpose of this is to create a service where users can simply appreciate art for art’s sake, irrespective of trends or the perceived status of the artist. So strong is their conviction for this aim that, when you receive art on the service, you won’t even be able to know who drew it and access their profile to discover more; the algorithm determines everything for you, depending on how you interact with it.

Given how much pictureinbottle goes against the design conventions of its competitors in this way, it’s unlikely that the service will attract a large viewer base. But if you’re interested in simply appreciating art for art’s sake (and own an iPhone) it might be worth checking out.

Recruiting such high-profile artists as Asano Inio to contribute to the service also seems to demonstrate a certain level of dedication on the part of Sozi, who run the service – so don’t expect it to go away any time soon, either.