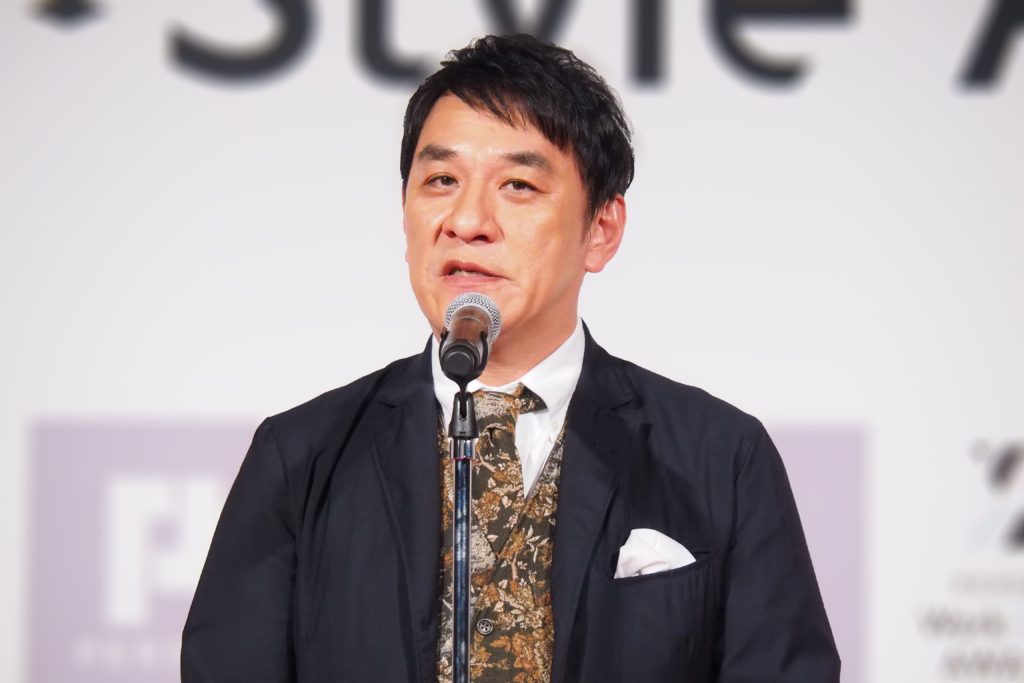 It’s been a little over 48 hours since news originally broke of Denki Groove frontman Pierre Taki’s arrest. Next month set to celebrate his 52nd birthday, Taki has spent the last 30 years in the spotlight with both his highly successful music career in Denki Groove, and arguably, his even more successful independent acting career. But last night, in the eyes of those in power, his 30 years of achievements and good-doings were thrown out the window following his arrest under accusations of cocaine use.

Before anything else, it should be known that the laws against drug use in Japan are probably as socially severe as it gets without the death penalty. It’s not just the very real consequences of involvement in drugs that can drag you down, but the association is enough to socially ruin you — a dated belief that still rings as gospel to date.

Throughout yesterday we saw a myriad of headlines relating to Pierre Taki hit our feeds. From the freezing of all shipments and digital sales of SEGA’s latest Judgment in which he plays a major role as the face and voice of character Kyohei Hamura, all the way to Disney releasing a statement saying that he was being scrubbed as the voice of Olof in the Japanese dub of Frozen 2, all without even once mentioning his name. Hell, his own music label Sony Music Japan has suspended all downloads of anything even related to Pierre Taki — but what good does this actually do?

Born on April 8, 1967, Pierre Taki first began his foray into music during high school, and in 1989 at age 22, Pierre Taki would go on to join Denki Groove. Since the year 2000, Taki had proven an essential part of Japanese television and film on top of his works as a musician. Though he celebrated an extensive catalog of works, internationally he’d be recognized for his work in films such as Shin Godzilla and Attack on Titan, while domestically he’d land major voice roles for games such as Kingdom Hearts III and Siren 2. His prominence within the Japanese entertainment sphere is something that can’t be understated.

Pierre Taki’s scrubbing from the industry is part of an ongoing problem with how the Japanese entertainment industry handles scandals. It shows an unwillingness to support artistry unless it’s socially deemed “acceptable” in an already shifting landscape, and puts celebrities on unreasonably high pedestals that can’t possibly remain stable. When mistakes are made, there’s no room for explanation or learning, and for many including Pierre Taki, one misstep can be fatal, especially when you’re up that high.

Perhaps one of the most famously documented cases of drug handling in Japan was back in 1980 when Beatles member Paul McCartney was arrested at Tokyo’s Narita airport for having marijuana stashed in his suitcase. For this crime, he was threatened with seven years of intensive labor in Japan, but ultimately it was his celebrity status that let him out of jail in nine days with a total ban from entering Japan. But while the Beatles are still one of the most celebrated rock bands in Japan, with all of their releases and merchandise readily available at stores such as Tower Records and HMV, we’re quickly seeing Pierre Taki’s existence wiped from the shelves.

Within a day of Pierre Taki’s arrest, we saw an official statement surface on Denki Groove’s website, as well as Pierre Taki’s personal channels. “Apologies to all fans for Pierre Taki causing inconvenience to you all”, read the statement from Taki’s label Sony Music Japan before announcing that all upcoming Denki Groove shows had been canceled and that they were taking this situation “very seriously”. Following this, it was shared that Pierre Taki was in direct breach of contract with Sony Music Japan and that his place within the label was terminated, topping it off with the announcement that all music featuring him was to stop shipping/streaming effective immediately.

While it’s all well and good for all these companies to take the high road and try and scrub Pierre Taki’s existence from the face of the world, for simply using cocaine mind you, it’s objectively wrong for them to deny his legacy. Sony Music Japan’s decision, for example, to try and remove Denki Groove’s music and imagery from all shelves is nothing more than a backward attempt for them to “save face” in a scenario where they really shouldn’t need to. I mean, as a company they literally distribute both Willie Nelson and Whitney Houston’s music in Japan, and it doesn’t take more than a Google search in English or Japanese to see the myriad of drugs both used.

But while I’m being quite harsh on Sony Music Japan for their decision, I do it with the knowledge that such actions aren’t necessary. The removal of Pierre Taki, and specifically Denki Groove’s music, does little more than erase the legendary legacy of a group who offered so much. For the general public in Japan, it is censorship of content; they’re being denied access to the same music they had been listening to for 30 years because of the private actions of a man that came to light overnight.

Fittingly, the online debate surrounding this case has seen support on both sides in Japan. While a handful of people are upset that Taki would willingly do something like this while fully aware of the consequences, there’s a very vocal majority who recognize that this whole situation is wrong and are waiting for his return so that they can support him once more. Fellow musicians such as Ryuichi Sakamoto have all weighed in on the removal of his music, with Sakamoto arguing that people aren’t troubled by the music produced by Denki Groove and that music is free from sin, so why remove it from the shelves?

Though Pierre Taki is responsible for his own actions following this whole ordeal, it’s disgusting the way this is being handled by those who were happy to profit off his work prior to his arrest. We’re not talking about murder, we’re not talking about drug dealing, and while I don’t condone it, we are talking about the private use of cocaine as a 51-year-old adult. If cocaine was behind 30 years of Denki Groove, then I’d hate to admit it, but it inspired some pretty amazing music that deserves to be heard for decades to come.

But one thing that seems to be going over the heads of those in power is that Pierre Taki’s association with you, especially the association of his creations, does not bring you down. People aren’t going to pick up a Denki Groove album and do their first 8-ball because you made it available, and they’re certainly not going to be swayed into the life of drugs because Olof the snowman happens to be voiced by Taki. The general public is already realizing that these sorts of “scandals”, these sorts of crimes, they don’t define the artist’s creations and work. But until those in power are willing to realize this, creativity is going to continue to be stifled due to fear of association.

We’re definitely going to be seeing more on this story in the coming days, and I’ll definitely be keeping a very close eye on it. Maybe, by the “definition of the law”, Pierre should be arrested for his alleged cocaine use, but what neither he nor the fans deserve is the scrubbing of his existence.

Edit: When I originally began writing this piece on Wednesday, March 13, both embedded videos were still available on Denki Groove’s official YouTube channel. At the time of revision, however, it’s noted that both videos have been scrubbed entirely. These videos will remain embedded for illustrative purposes.