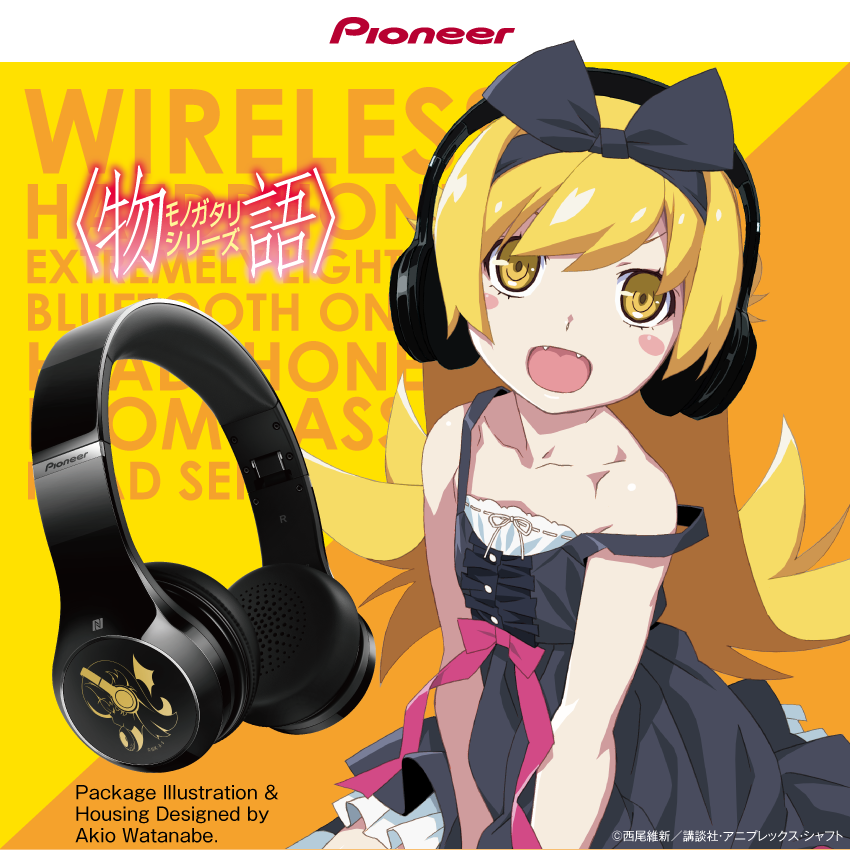 The Monogatari anime may be heading towards it’s conclusion after 10 years, but even that can’t stop the endless merch train. Earlier this week audiovisual tech giant Pioneer revealed their new collaboration headphones with the long running series, which in turn further cements their recent penchant for anime collaboration projects.

Using the SE-MJ771BT headphones as a base, the headphones feature an exclusive design of Shinobu Oshino from Akio Watanabe, long time character designer and animation director on the Monogatari anime. You can check out the design below: 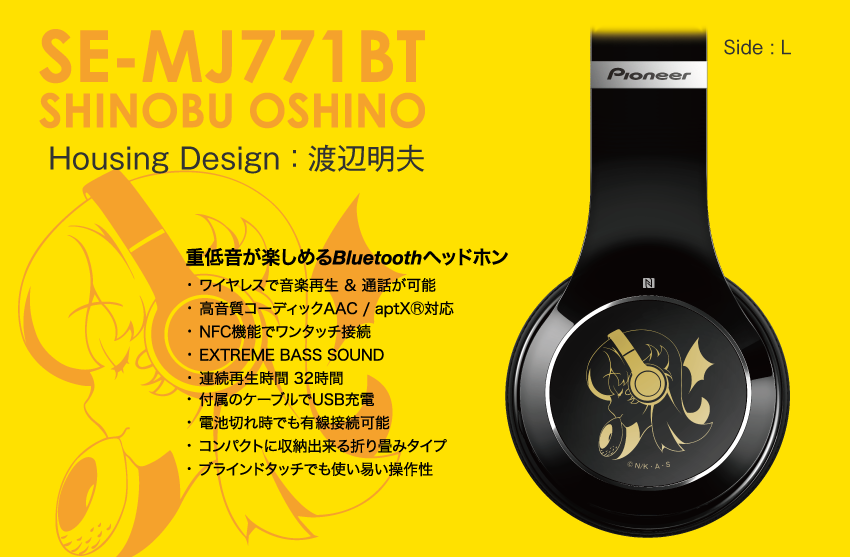 But that’s quite enough of that – there’s a much more adorable image that I’ve been hiding this whole time that features the headphones as well:

I don’t even like Shinobu that much – easily one of my least favorite Monogatari girls – but that image definitely brought a smile to my face thanks to Shinobu’s adorable expression. This is almost definitely the work of the expert in Monogatari that is Akio Watanabe.

And if you’re as smitten with the key image as I am, then you’re in luck – the headphones actually come with a canvas print of the art for you to hang up and enjoy: 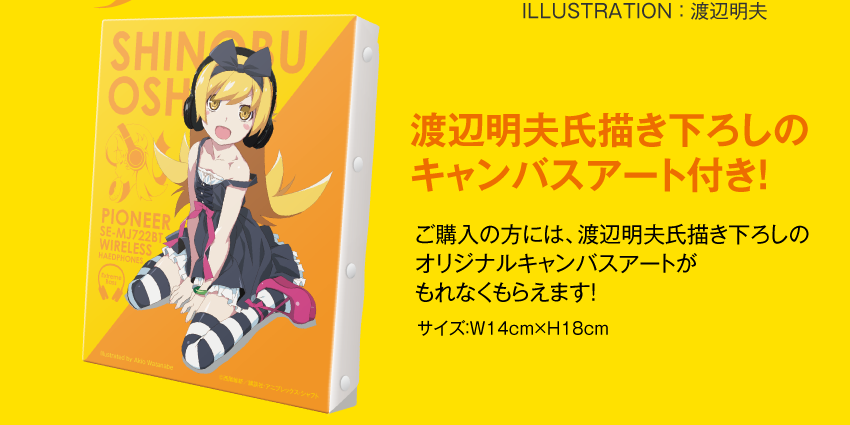 But enough about the art – what about the headphones themselves? As I mentioned, the collaboration headphones are just the regular SE-MJ771BT models with a new design, so whether or not these headphones are any good should be the main point of contention.

I don’t actually own these headphones, but I popped over to Amazon to see what the reviews are like, and they are pretty positive. Pioneer’s website talks about ‘EXTREME BASS SOUND,’ and most of the reviews talk about the good bass response, so I assume that their bold claim isn’t fair from the truth.

Whether you’re able to stomach the mark-up for the sake of Monogatari girls will be completely up to you. Personally, I wouldn’t hesitate if it was my best girl (Kanbaru), so my only hope for Pioneer is that they make more headphones with designs of the other girls. That’s not an errant wish either, as Pioneer’s collaboration with New Game!! last year saw them release four varieties of earphones based on each of the main characters.

But if you’re considering picking up the headphones, make sure you do so soon – preorders via the Pioneer website close on February 28.