With the recent release of Evangelion 3.0+1.0, the Japanese online artist website Pixiv decided to hop onto the Evangelion bandwagon.

Starting on Friday, Pixiv will feature a number of Evangelion collaborations. This will include an Evangelion battle illustration contest, and an Evangelion coloring contest. The logo and site design will also be changed to ‘Evangelion style.’

If you’re looking at Pivix right now and you don’t see Evangelion images, don’t worry. That’s probably because the website automatically moved you to its default English-language homepage. You will only see the site design changes if you are looking at the site in Japanese. If you are logged in, change your language settings to Japanese. (Fortunately, it’s not hard to switch back and forth.) 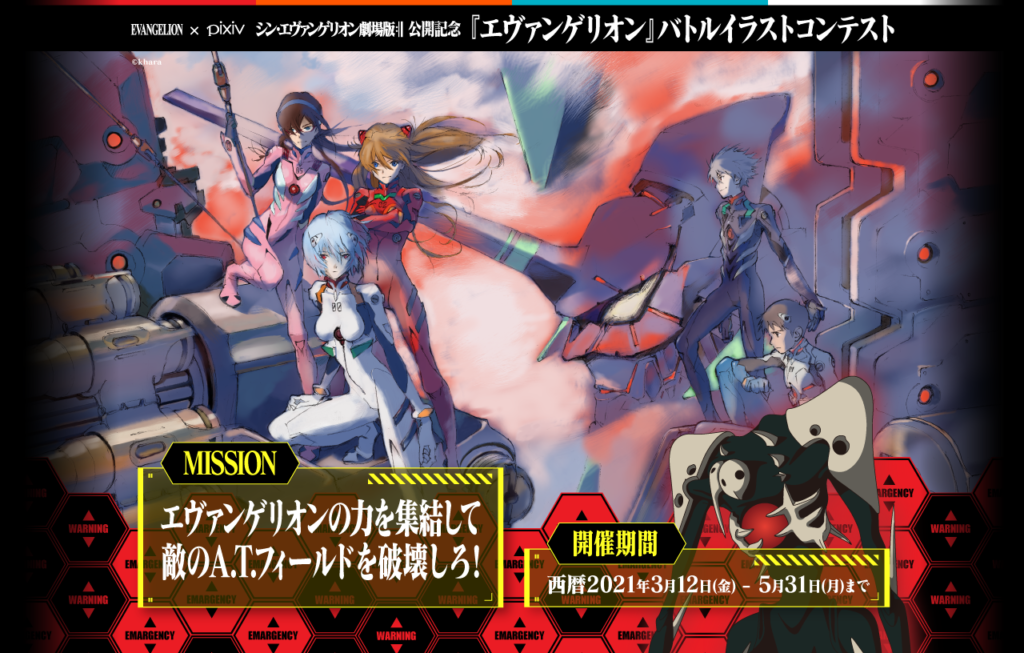 The battle illustration contest is not an art contest featuring illustrations of Evangelion battles. Instead, it’s set up like a ‘battle’ where you have to post art with a specific Evangelion-related tag to attack the enemy. You do more damage by getting more views. It doesn’t have to be great art, it just has to get a lot of views. However, really good art could also win prizes, including Evangelion goods, 2,000 yen in digital currency, or getting published in an illustration collection.

Once an enemy is defeated, you move up to the next stage. If you clear all the stages, you will get a wallpaper for your computer.

Even if you don’t post any art from that franchise, you can still look at all the art that other Pivix people have posted to the battle page. 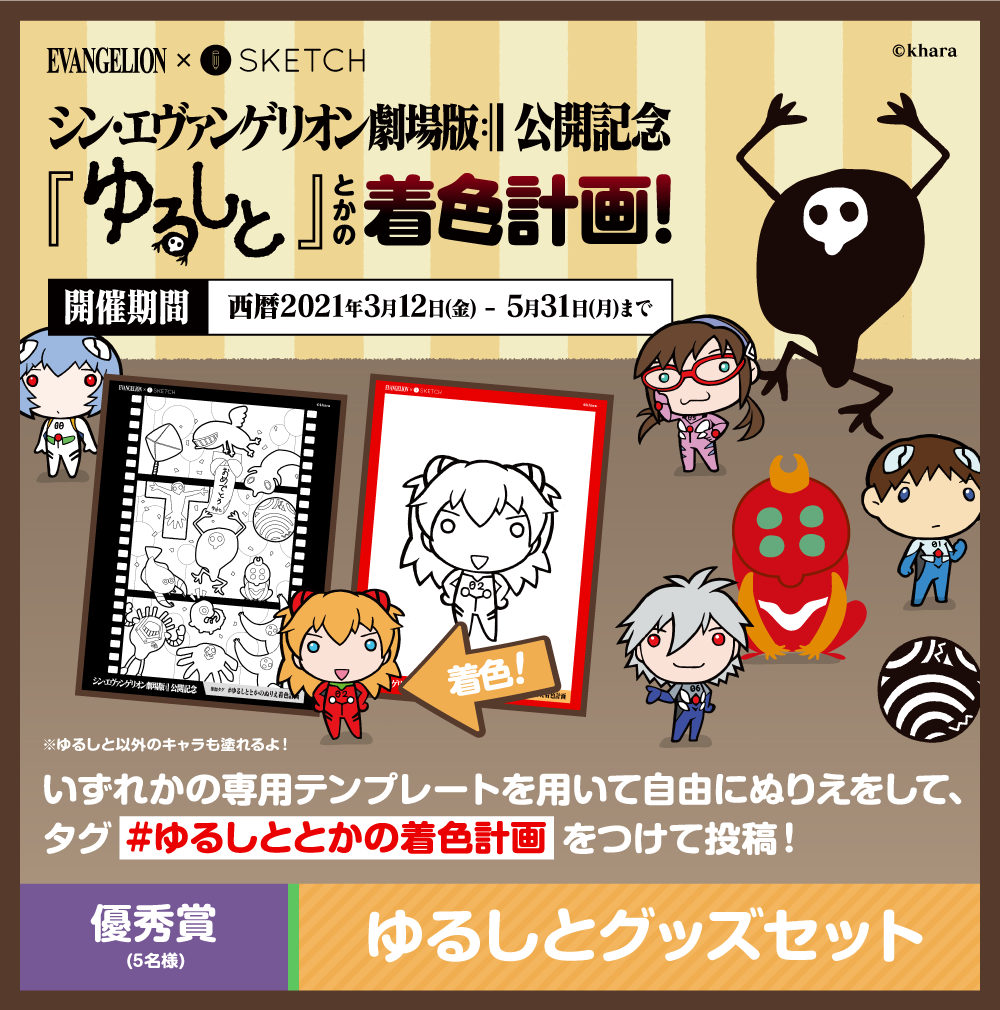 There will be more collaborations through August, but the first contests will only last through 31 May.