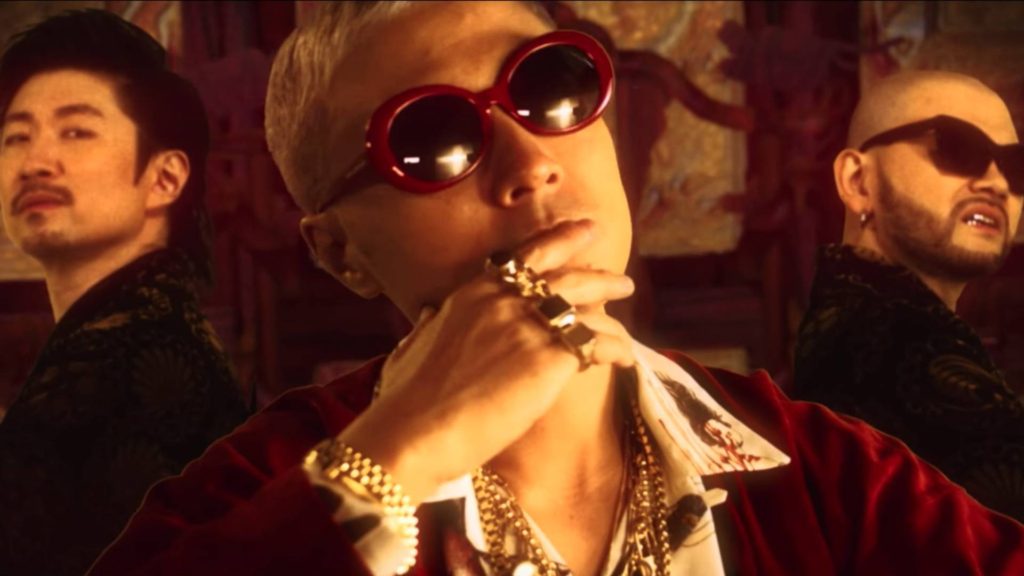 PKCZ® has been making some serious waves since their inception in 2014. In only 3 years the multimedia creative collective has hosted live events at some of the largest venues in Japan, created a high design fashion brand, and kicked off a steady stream of original music and remixes working with some of the biggest names in the industry. Their debut full-length album “360° ChamberZ” dropped last summer in Japan featuring production by Afrojack & guest vocals from Method Man (Wu-Tang Clan) and several significant names from the LDH talent roster. Despite all of that they show no signs of slowing down with the supergroup featuring VERBAL (m-flo, Teriyaki Boyz), DJ MAKIDAI (EXILE), and DJ DARUMA (DEXPISTOLS) already making moves towards the US with their newest song: PKCZ® & Snoop Dogg & Yultron – “BOW DOWN (feat. CRAZYBOY)”.

Released back on February 26th on US label Trap City (with support from Spinnin’ Records), this powerhouse track features production by Yultron with additional verses by EXILE TRIBE member CRAZYBOY and Long Beach native hip-hop legend Snoop Dogg. Frankly, for a group aiming to hit the ground running in the US there is basically no better way to do so than to collaborate with Tha Doggfather himself.

“Bow down to the west, bow down to the east” Snoop opens the track in his signature style, informing listeners that he and his collaborators are not to be trifled with. The beats feel reminiscent of a classic martial arts movie soundtrack as CRAZYBOY steps in with a verse exclaiming love for his home in Tokyo, while still demonstrating that he can flex with the best of them. Next VERBAL slides in dropping his trademark flow with further assertions that they aren’t messing around, and switching it up between English and Japanese in his signature manner that we’ve all grown to love. The track doesn’t give you time to breathe or react while listening, with the lighting quick progression demonstrating the strengths of everyone featured.

During our recent interview about m-flo’s upcoming EP we took the opportunity to ask VERBAL about the process of working with Snoop and how this whole collaboration came together:

“So last year we came out with 360° ChamberZ, our first album which was focused on the Japanese market, but when we started PKCZ® the idea was of a project or creative get together of people who all want to do something interesting. Like Tomato from England, Underworld, different architects and graphic designers, people who want to collaborate and help each other. It’s not even a company, it’s a collective of creative minds doing different types of projects.

That was the idea behind it, we wanted to do things on a worldwide scale. When working on the first song after the album we were discussing who we should ask to feature, throwing all sorts of different names out there. Someone had mentioned “How about Snoop?” and I was like “YEAH.” Everyone went through Snoop, everyone loves Snoop. I mean who doesn’t, you know? He rings, or resonates to every country, every race, so we decided to take a stab at it and see if he was down.

Kev from Far East Movement used to be under the same management company, so he helped us reach out. We already had the track ready with Yultron, so we threw the whole idea to Snoop’s Camp and then lo & behold they came back with Snoop’s vocals, and he’s shouting us out. Then me & Elly got in the studio and laid the rap down, the rest is history.“

Then there’s the music video, which is a perfect representation of the “east meets west” vibe of the track. Verbal offered some insight into that process for us as well:

“Snoop’s camp said “We’ll do the video on one condition, that you shoot at our studio.” and I’m like “Yeah, umm of course.” *laughs* Who would say no to that?

So the video is like a kung-fu theme, another condition was that we bring a kung-fu master to teach Snoop the moves at the shoot. So when we got to the studio he was so into it. We were only supposed to have an hour, but he kept going for like 3 hours.

That was a really awesome experience.“

We’re excited to see where PKCZ® goes next with their journey into the US market. There has been a ton of really amazing music coming out of Japan for years, and recent trends in America have shown that language isn’t as much of a barrier for foreign musicians as it used to be. Bias aside, we’re looking forward to the days when more Japanese artists begin to push toward the US further and PKCZ® could be just the group to start that movement.