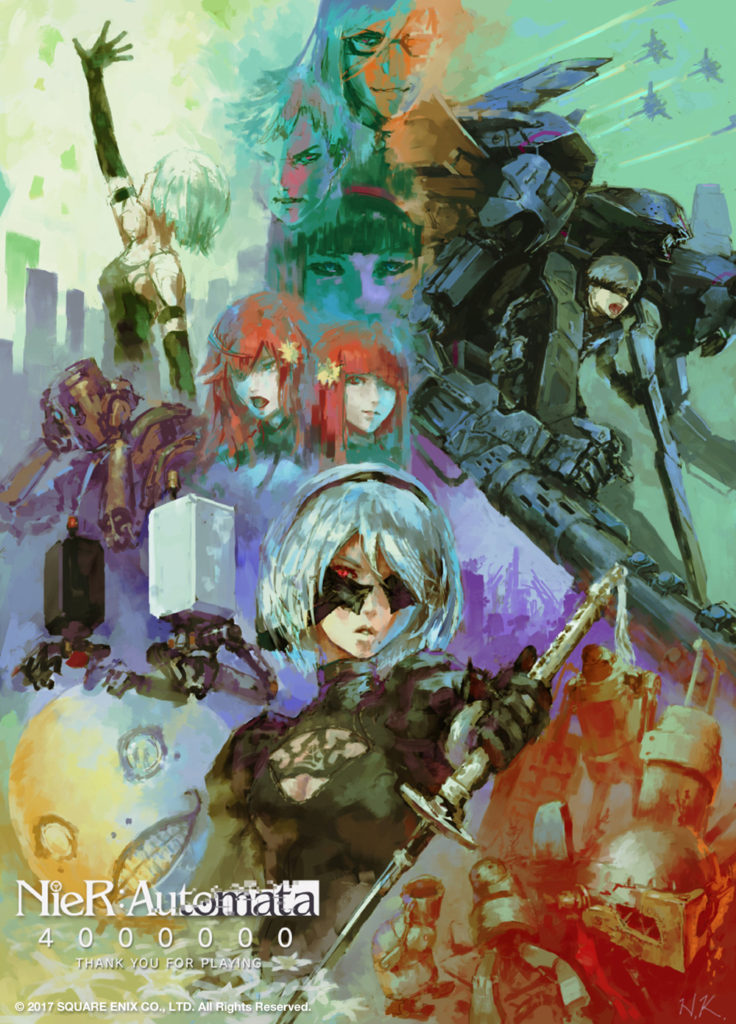 Platinum Games have had a rough time for a while. Ever since working as part of Clover Studio at Capcom, they’ve felt the recurring pattern of their games being critically acclaimed, but commercially hopeless. Publishers would work with them to promote IP or consoles, but a lack of sales failed to deepen these relationships. At one point, it felt like Nintendo would end up buying out the proudly independent team, due to the work Platinum had done to promote the Nintendo Wii U with Bayonetta 2, Star Fox Zero, and The Wonderful 101.

But after the release of Yoko Taro’s NieR: Automata with Square Enix, Platinum Games proved that they could make games that achieve platinum sales. In December 2018, they announced that they’d surpassed 3.5 million sales, and now just six months later, they’ve sold another 500,000 copies, resulting in a total of 4 million. And this time, the entire staff came out to celebrate with special messages and original artwork.

In a video message from chief game designer Hideki Kamiya and game designer Takahisa Taura, they joke that NieR: Automata has been keeping the lights on at Platinum Games. The two thanked players for playing before Kamiya admitted that he wasn’t actually involved in the game at all. “I wasn’t personally involved with the game, but why pass up a chance for self-promotion? I figured showing up in this video would be a good way to build the Hideki Kamiya brand,” he joked.

There are many messages in the blog post, but here’s a brief selection of art and messages. The full post is available here.

I’m extremely happy that NieR:Automata has made its way into the hands of over four million people. I’m grateful for all the success the game has found since it was released, from winning various awards to hitting new sales milestones. But the deepest impression NieR:Automata has made on me came from the fun of watching it take shape, and then taking my first steps into the completed world once it was finished. That’s how much NieR:Automata has come to mean to me personally.

Congratulations on reaching four million sales!
I look around and it’s sold so well – I can’t believe it! I’m grateful to have worked on a game loved by so many people. 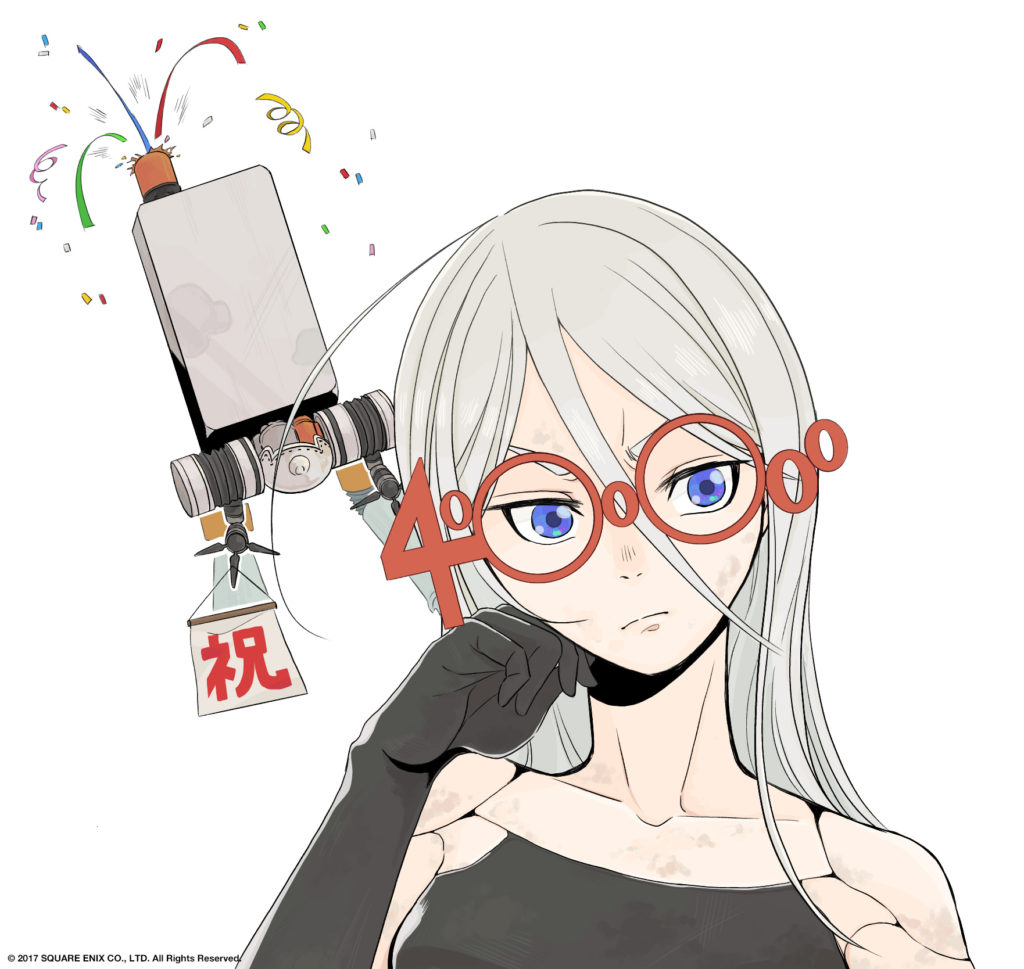 Congratulations on four million sales!
Though there are now more than four million copies of NieR:Automata out there in the world, my family didn’t buy a single one of them. I guess they’re just not gamers. So to make up for it, I want to hold tight to this feeling of gratitude I have for everyone who bought and played the game, forever! Thank you so, so much! 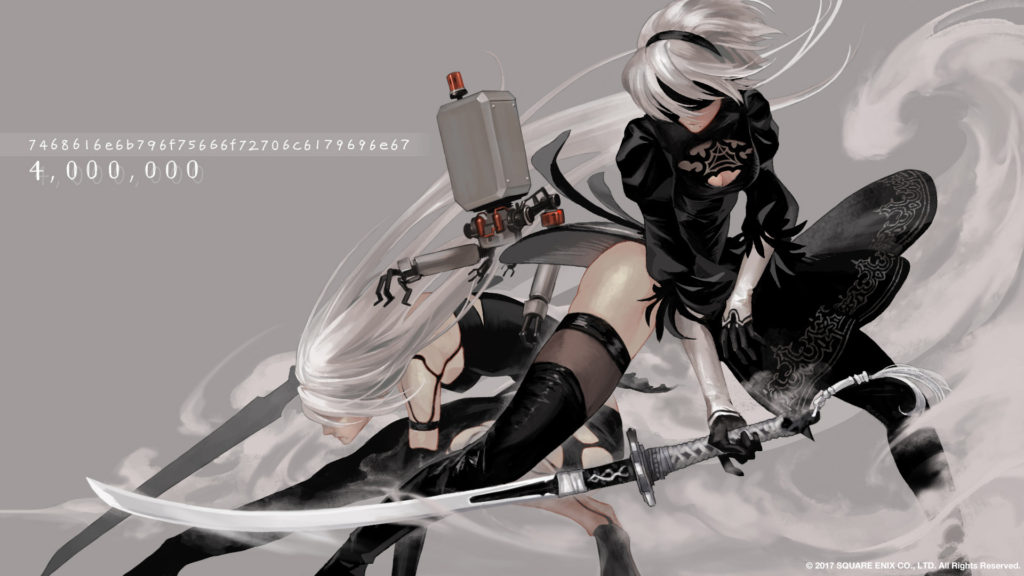 Congratulations on selling four million units. Even though a decent amount of time has passed since NieR:Automata’s release date, it’s still starting conversations. It’s come so far, huh? I’m truly proud to have worked on it. 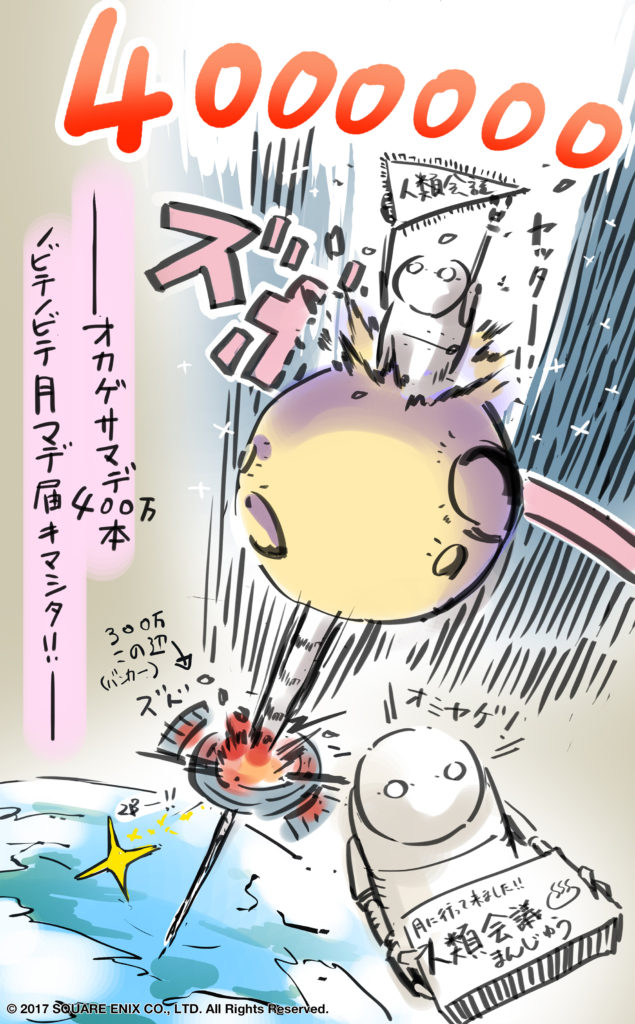 I’m always surprised to keep hearing this sort of news about NieR:Automata, even after all the time that’s gone by since it first came out. I remember when I read the scenario for the first time, back when I started working on the project, and thinking, “This is really something…”

With the continuing success of NieR: Automata even two years later, it’s clear that Platinum Games’ relationship with Yoko Taro and Square Enix is far from over. At the end of their video message, Hideki Kamiya asked fans to look forward to Takahisa Taura’s next game (which just so happens to be the one Hideki Kamiya is directing), Astral Chain. After twelve years, Platinum Games is in a better position than ever.

‘The Great Jahy Will Not Be Defeated’ Gets Anime Series