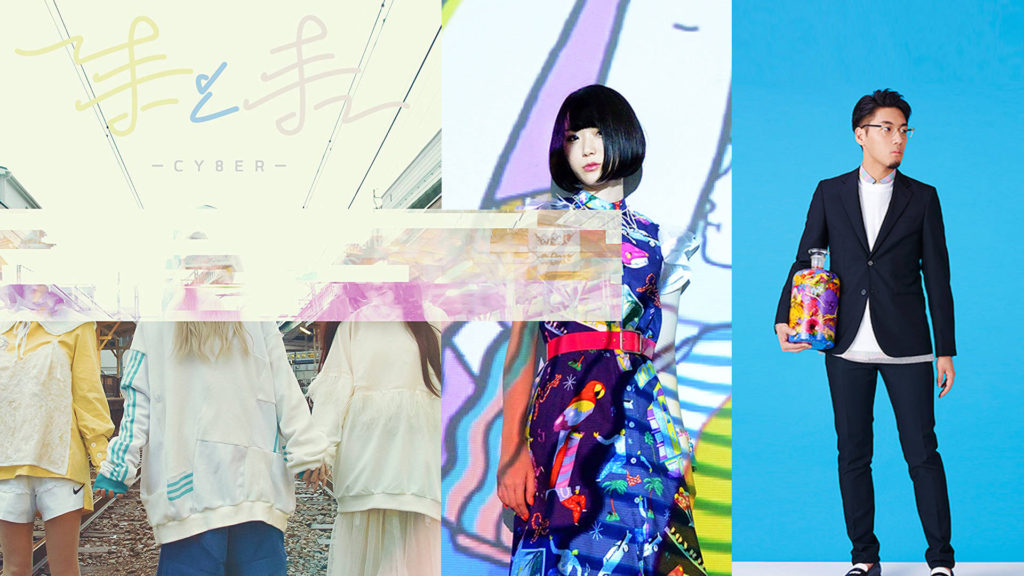 It’s getting hot here in Tokyo, and I’m not just talking about the emerging Summer heat. Beyond the fact that last Sunday was the hottest recorded day of the year for my area, this new season has a whole lot going for it. There were a lot of different reasons that I initially moved to Tokyo, but if I’m completely honest, it was the music scene that trumped all else. Tokyo is this incredible melting pot of talent, and much like the countries seasons, it’s constantly changing.

Our new weekly playlist.// series will be your curated source for some of Japan’s greatest emerging musical talent, as well as a few established artists splashed in-between. Every Monday we’ll be starting your week off with a bang, introducing you to a handful of new and returning music that aims to shape the soundtrack for your week. Bridging a wide-variety of genres and sub-cultures, we aim to introduce domestic talent that will increase awareness of the diverse skillset of Japan’s music scene. So without further ado, here’s your first weekly playlist.//:

I’ve said it before, I’ve said it again, and now I’m going to say it once more; if you haven’t listened to Kobe-based producer and creative tofubeats, this seriously needs to change. Not too long ago I wrote about the release of the music video for ‘BABY’, a track which has certainly evolved from it’s original form that was uploaded on SoundCloud some two years ago. Taken from tofubeats forthcoming album Fantasy Club, ‘BABY’ places itself as a serious contender for one of the artists greatest tracks.

After recently making headlines for wearing hazmat suits to their own fan meet-and-greet session, chances are you’ve heard of CY8ER. Don’t let that fool you however, as they’re so much more than a headline grabbing gimmick. The Yunomi–produced idol group combines high-energy vocals with eclectic production value to craft their debut music video, ‘Te to Te’. If this is a sign of what’s to come from CY8ER, we’ve most definitely got a lot to be excited about.

As passionate as I am about the Japanese music scene, often there’s some legitimate talent that slides under my radar for an extended period of time, and Tokyo-based duo ORESAMA are a perfect example of this. Combining gorgeous animations with equally appealing vocals and instrumentals, ORESAMA craft an immersive Summertime landscape through their music.

Chances are if you were able to make your way to the Synergy 10th Anniversary Party at Anime Central this last week, you’re probably still reeling in from this track. YUC’e is an incredibly talented producer and vocalist who absolutely knows how to get the crowd moving. Her latest track ‘Night Club Junkie’ is no exception, combining lush vocals with high production quality to ensure that whether you’re in the club or at your day job, you’ll be grooving along.

In our recent interview with Ujico*/Snail’s House, he went on to share how he considered ‘Lullaby’ to be one of his all time greatest tracks. The adorable composition makes for the perfect accompaniment to any Summer time nap, and that’s why it was an essential inclusion for this list. Stemming from Ujico’s upcoming Ordinary Songs 3, the third-installment into his largely popular Ordinary Songs series, there’s a whole lot to look forward to in the coming months.

If you’ve been tuning into Eromanga Sensei at all this season, you’re absolutely familiar with it’s ridiculously catchy OP song from ClariS. The anime has been a guilty pleasure of mine, with each episodes airing time being a sacred ritual amongst myself and the friends that I live with. Of course, it was only a matter of time before the J-core community got their hands on the track, working their magic and flipping it into an absolute essential for both clubs and commutes alike.

ORESAMA Brings a Taste of the 80s to Modern Anisong Culture