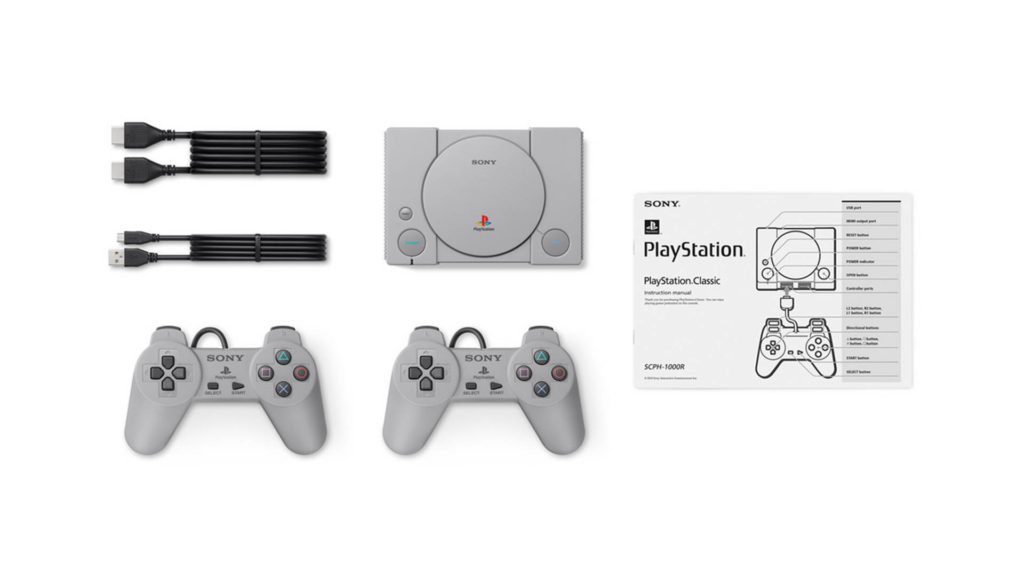 Announced by Sony Interactive Entertainment earlier today via the PlayStation Blog, the Japanese gaming giant is throwing their hat into the ongoing mini-console arena with their own “PlayStation Classic” device. The miniature take on the original PlayStation from almost 25-years-ago features that same iconic design that many grew up alongside, while also coming pre-loaded with a total of 20 classic titles. Set to release on December 3, the 25th anniversary of PlayStation, the mini-console has been announced at a price point of $99.99 USD.

Right off the bat, Sony has announced that the PlayStation Classic will come pre-loaded with Final Fantasy VII, Jumping Flash, Ridge Racer Type 4, Tekken 3, and Wild Arms. While the remaining fifteen titles remain a mystery, we do already know that players won’t be able to download additional titles post-release, a recurring trend within the mini-console scene. The console itself will be a total of 40% smaller than an actual PlayStation, meaning you shouldn’t have any problems sitting up near any of your other devices.

When it comes to the actual mini-console, it’s your standard affair of I/O and all that flair; you’ll be running the PlayStation Classic via HDMI and will be powering it from a micro USB cable. What’s most interesting, however, is this throwback device will be bringing owners back to a time before PlayStation’s even had joy-sticks. This will, of course, limit the titles that we’ll actually be able to play on the device, meaning you probably shouldn’t be looking forward to seeing Ape Escape in the list of full titles when they’re finally announced.

With just a few months until the December 3 release date, we’re sure to see a number of different titles in the coming weeks. Until then, you can check out further information on the upcoming PlayStation Classic as well as where to pre-order it via its official website.