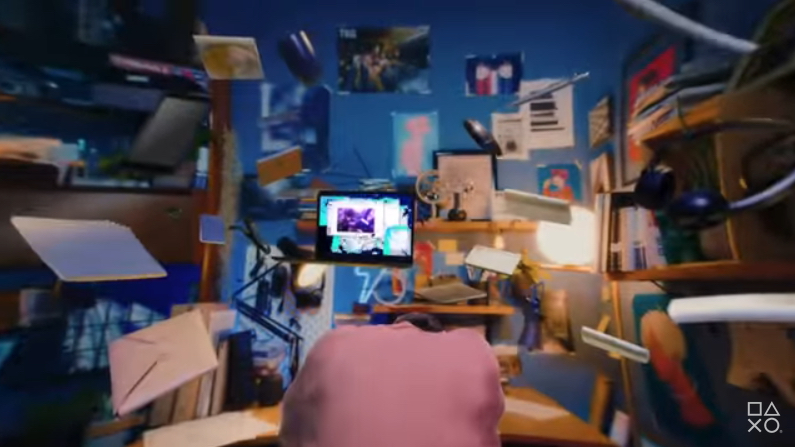 There are promo videos, and then there is whatever it is that PlayStation Japan posted to YouTube on Tuesday.

It’s certainly unique, creative, and eye-catching. They could have just put together an ordinary promo, telling us that a whole lot of awesome new games will be coming out for the PlayStation 5. Instead, the video is presented as if we’re getting a behind-the-scenes look at the making of a ‘here’s what we have planned’ video. It’s very meta.

Now, of course, this is a lot more polished than an actual making-of video would be. Stuff doesn’t ordinarily float around the room like that. So, it’s more like a music video than a documentary. But, as somebody who is working from home, I can certainly appreciate making the creator the star of his own video.

Oh yeah, the games. If you read OTAQUEST, you should already know that Final Fantasy VII Remake Intergrade, and Resident Evil Village will be coming out soon. The video actually moves pretty quickly, but it all looks good. Guilty Gear Strive, and Ratchet and Clank are in there. And there will be another Little Big Planet. Also, Yakuza: Like A Dragon.

Still, it is fun to watch. And it gets the point across. PlayStation 5 will have a lot for gamers to enjoy in 2021.