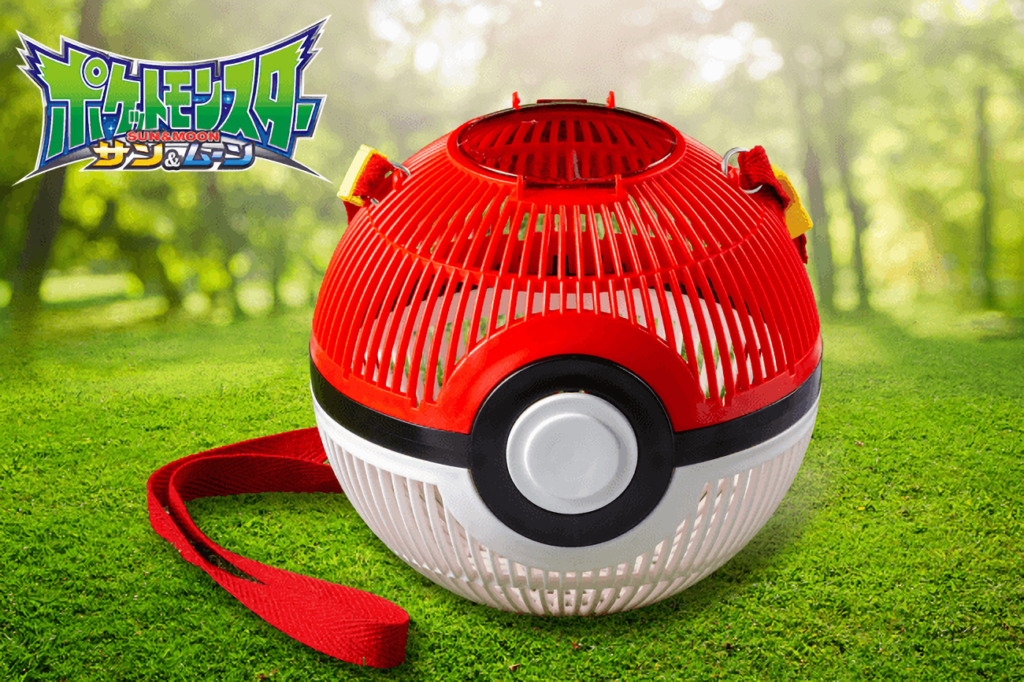 Earlier this week, Hiroshima-based iron good manufacturer Kastem Co., Ltd. opened sales for a Pokéball shaped bug catching cage called “Monster Ball: Mushi-Kago”. The bug catching cage is in the shape of the franchise’s iconic device for trapping and capturing Pokémon, a perfect companion for both kids and ambitious adults (like me!) alike.

On the product’s detail page, they’ve written that the Pokéball Bug Catcher is intended for you to adventure out and capture insects in the same spirit as if they were real Pokémon and then release them from the cage to have them battle each other, Pokémon League style. The Pokéball Bug Catcher’s opening mechanism is just like a real Pokéball, with a release button in the middle, making it open half-ways like Pac-Man’s mouth. Alternatively, you can open the catcher from a smaller hole on the top so the bugs don’t escape. There’s also a shoulder strap attached to make it easy to carry your captured bug friends around and train them in preparation for their big battle. They made the bottom of the bug catcher flat so it can sit upright, it looks pretty aesthetically appealing.

There’s an age-old summer tradition for kids in Japan to capture rhinoceros and stag beetles, competing against each other to see who can find the biggest one over the course of the summer. The captured beetles receive the utmost loving care, being placed in little clear tanks with lots of leaf mold and little containers of specially made jelly, which is their food in captivity. It’s a tradition to release the beetles back into the wild during the Obon holiday in mid-August in time for the mating season so that the process may start again the next year. I think the Pokémon bug catcher was made with this whole culture in mind. Considering that Satoshi Tajiri, the father of Pokémon, was inspired to create the original games from his love of bug catching as a child also makes this product seem wonderfully appropriate.

The bug catcher doesn’t fetch too high of a price, going for 1300 yen (about 12 USD). I might even find myself picking one up in combination with some bug-catching supplies from my local 100 yen shop!